Editor’s Note: Meeting professionals are still pivoting on the regular and can learn a lot from the experiences of their peers. We asked Mandi Graziano, vice president of global accounts for HPN Global and published author, to share a behind-the-scenes look at a recent event she planned that make a quick change. 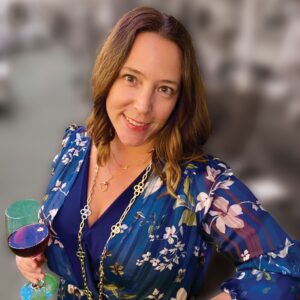 Three and a half months prior to my client’s largest annual trade show, we were notified that the San Diego Convention Center would be unable to host the program due to it being used as a temporary Emergency Intake Site. The center was not going to be available for groups from March to August 2021. It was the end of March. Our 2,000-person event was the end of June. We had all the hotel blocks booked and had already moved the event twice due to Covid-19. There was no way we were going to move it again. Changing the date or city was not an option.

In walked Andrea Dekker, former event director with ADS Inc, a woman with a plan. She said, “This isn’t ideal, but, I have a captive audience of customers and suppliers that want to meet. We owe it to our business and our teams to hold this event, if we can. Where else can we do this?”

Shortly after the notice from the Convention Center, Andrea flew to San Diego with an open mind willing to redesign the whole event to fit in the available venues. Fortunately, San Diego has a plethora of stand-alone interesting venues and hotels that would have been an option for this event as long as it was available over their dates. We did site inspections of the available venues such as; Petco Park, The Shell, Port Pavilion and various hotel ballrooms. As we walked through Petco Park, with the intention of using the seating bowl for the keynote speaker, Andrea realized it would be a memorable location for the entire show. We got lucky. The week of the conference happened to be an “off week” for the Padres. We had all the set-up and tear-down time needed.

Andrea pitched the idea to her leadership team and got the green light.

Prior to this, Petco Park had never hosted a convention with this many exhibitors. I’ve personally booked the stadium for opening general sessions and elaborate food and beverage events, however, I had never seen it used in this way either.

The park is known for world renowned concerts and baseball stadium events but an event of this magnitude was a new endeavor for them as well. Luckily the venue had hosted a handful of non-baseball events in the past so they had a smaller footprint to build from, but nothing on the scale of the ADS event. “The show took over two levels of the ballpark, several ballpark restaurants, utilized the seating bowl and large videoboard, many suites on two levels and provided space for offices and smaller breakouts,” said Kristie Ewing, director of events for Petco Park.

With only three months to redesign the entire event, Andrea and the ADS team worked closely with the venue and show partner Levy Exposition Services. It was a huge undertaking with countless hours of work, changes and our not-so-favorite word—”pivots”.

Together, the whole team pulled off a major league miracle and hosted a spectacular event June 30 and July 1.

Here’s how they did it:

More: California is Open for Business

Overall, this is a lesson in perseverance and creativity. This is a company who has world class customers, world class suppliers and world class staff. They put all their ambitions together and created an unforgettable event for everyone. Most importantly, business was getting done. I saw it, face to face, in real time, business was happening in a productive, safe and creative way.

Mandi Graziano has held leadership roles in sales and operations positions with major hotel chains, independent hotels and private event venues across the United States. Since 2007, she has run her own sales and business coaching company, which helps sales teams, business leaders, and entrepreneurs improve their strategies for cultivating prospects, building stronger business relationships and closing deals. Since 2010, she has been vice president of global accounts at HPN Global. She is also the author of “Sales Tales: The Hustle, Humor, and Lessons from a Life in Sales.”

Of the many attractive group-oriented ideas born out of the pandemic, Bluewater’s Glenlore Trails in Commerce Township, Michigan, is one that garners attention. The term “immersive” has been thrown around as of late. This could be because, well, there seems to be no better way to explain this industry.