There may be a silver lining in Covid precautions

“The masking, the distancing, the constant sanitizing have helped keep other viruses at bay.”

Could there be anything good about what we’ve gone through since last March? Yes, you’ve become doyens of virtual and hybrid meetings, but that’s not where I’m going with this. Rather, has your household suffered its usual onslaught of colds and other respiratory ailments? Did the kids bring home what my brother the teacher calls “the cruds” with their homework? Oh, wait, they were probably at home already.

Obviously, there are many exceptions, but evidence is mounting that all the things we’ve been doing to safeguard ourselves against Covid—the masking, the distancing, the constant sanitizing, lockdowns and sheltering in place—have helped to keep other infectious viruses at bay.

Data from Centers for Disease Control and Prevention shows last year’s flu season perking along until the arrival of Covid-19. Then it all but stopped. Flu can be caught during the summer, too, though it’s much less widespread. Last summer’s flu was reduced five- to tenfold, to a positivity rate of 0.2 percent (compared to 2.35 percent in 2019), according to a report in Forbes.

Maybe some of this remarkable drop-off is attributable to fewer people risking a trip to their doctor to get tested for flu, but still…

In the Southern Hemisphere, where winter flu season sets in during our summer, CDC noted that flu numbers were down in 2020 in countries like Australia and Chile an astonishing 99 percent.

All this led a writer for Wired to observe, “The question may seem odd in the midst of a global pandemic, but among people in places with serious mask-wearing and social-distancing measures, and with the luxury to hunker down, it is forgivable to wonder: Will I ever get sick again?”

“Despite humanity’s long history with colds and flu,” mused another writer, in Nature, “the viruses that cause them still hold many mysteries. Scientists hope this year’s disrupted seasons could reveal new information about the transmission and behavior of these unwelcome annual guests: how these viruses respond to health measures, how they interact and what that might mean for long-term disease burdens.”

“This is a natural experiment for so many respiratory viruses,” adds Sonja Olsen, an epidemiologist at the National Center for Immunization and Respiratory Diseases, part of CDC.

Richard Webby, a virologist at St Jude’s hospital in Memphis, Tennessee, believes the explanation goes beyond mask wearing and six-foot distancing. He suspects that another, unintended sort of distancing may also have played a key role—so few people were able or willing to travel internationally. Flu typically migrates globally from one winter to the next (with a small year-round residency in the tropics).  The spread of Covid was accelerated by air travel, and so it’s reasonable to assume the same is true for flu and other respiratory ailments.

“Most experts are cautiously betting on a very mild flu season for the Northern Hemisphere this year,” concludes Nature. “That would be good news on many fronts—in particular, it would help to alleviate the potential burden on the health system, from hospitals to testing centers, caused by simultaneous waves of flu and COVID-19.” 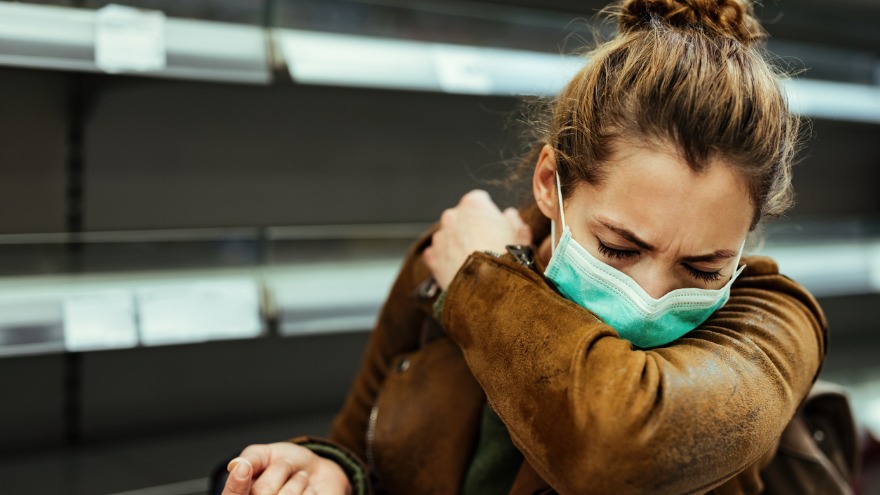 Yet all is not entirely virus-proof in our respective bubbles. Rhinoviruses, the major cause of the common cold, particularly in kids, seem less likely to be tamped down by typical Covid precautions. If your kids are back in their school classrooms, don’t be surprised if they get the usual runny noses, sneezes and the rest.

Why are these viruses behaving differently? “No one really knows why,” in the words of Janet Englund, a pediatric infectious disease researcher at Seattle Children’s Hospital in Washington.

Startlingly, though, that could be a good thing.

Research indicates that someone with a rhinovirus infection can be up to 70 percent less likely to also get a common coronavirus infection. “Rhinovirus is one tough virus,” says Alberto Paniz Mondolfi, a clinical microbiologist at Icahn School of Medicine at Mount Sinai in New York City. Its fast growth outcompetes with other viruses, stopping them from gaining strength, he says.

Paniz Mondolfi says it’s a “very likely scenario” that rhinoviruses and other coronaviruses will help to stem the spread of COVID-19. “I think many virologists, like me, have been waiting for this season to look at how this will evolve.”