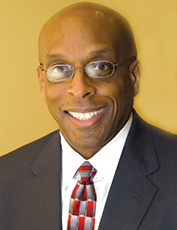 After earning a double major in economics and political science at Tufts University in Medford, Massachusetts, Russell George had plans to go to law school—until he became smitten with the hospitality industry.

George gained resort and management experience working with Rock Resorts in the U.S. Virgin Islands and then served as director of catering and convention services at Hyatt Regency Columbus in Ohio. He subsequently worked at various Hyatt hotels, ultimately becoming resident manager of the company’s flagship property, Hyatt Regency Chicago. He served as general manager at both Hyatt Lisle in Illinois and Hyatt Regency Cincinnati before transferring to Hyatt Regency Trinidad.

George has been general manager of the Trinidad property since 2007. During his tenure, he has strengthened his status as an industry leader and Hyatt Regency Trinidad has become the major conference and meeting destination in the twin-island country.

“Russell George is a true leader who is dedicated to his colleagues’ success and the happiness of guests,” says Cherise Stevens, an account executive for Cheryl Andrews Marketing Communications in Coral Gables, Florida. “He has worked tirelessly to inform travelers that the Caribbean, particularly Trinidad, is also a premier meetings destination. With that, he has ensured that the meetings facilities engage attendees and include top-of-the-line facilities.”

George is very dedicated to Hyatt’s Thrive initiative and his team recently worked to refurbish a local home for displaced boys. 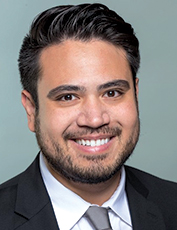 Contrary to many industry professionals, Joe Marcy does not determine his success by meeting sales goals and bottom lines. As regional sales executive of Monterey County Convention & Visitors Bureau in California, he makes it his mission to understand the needs of his clients by helping them provide exceptional service and create memorable meetings and events in an inspiring coastal locale.

For Marcy, success is about building lasting relationships defined by humility and courage.

“Exceeding your monthly sales goals may be a measurement of success for some, but for me it’s much more than that,” he says. “It’s about the legacy you leave and maintaining that drive to achieve more.”

Marcy is admired by his colleagues for his passion and drive in representing Monterey County. He has served in several roles for Meeting Professionals International Southern California Chapter (MPISCC) and has inspired volunteers to give back to the meetings industry. In June, Marcy will be come the chapter’s president of for 2017–18.

Marcy is a certified meeting planner and has received scholarships from MPISCC and Destination Marketing Association of the West. 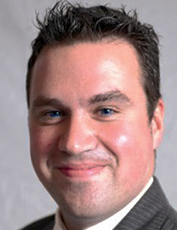 Paul Griffin, business events manager for the Americas with Tourism Australia, has earned the reputation of a very hard worker, but don’t even begin to think that this adversely affects his demeanor.

“The enthusiasm and emotion Paul feels for his job and Australia make him a perfect candidate” for a Supplier of the Year, says Lauren Miller. “His pride in the destination shows in everything he does, from his personal Facebook posts to his email communication, to his sponsorship of industry events.

“He works hard for his destination, but it hardly seems like work because he is so excited about it!”

Griffin’s career pursuits then took him to Conference Direct, where served as director of recruitment and business development before joining Tourism Australia. 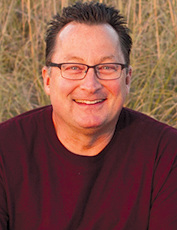 Mike Mason is a true visionary in the meetings and events industry, thinking beyond his own duties to create far-reaching solutions that are being readily adopted. In fact, Mason relied on his 25 years of hospitality experience to create Zentila, a sourcing and booking tool for meeting planners and hotel sales managers.

Zentila, which was purchased by etouches earlier this year, is a platform that helps organizations and third-party planners capture meeting spend and reduce costs associated with sourcing venues.

“Coming from the hotel side, we saw the pain sales teams were going through with the crazy amount of RFP spam that was filling up their inboxes,” Mason says. “We also saw the pain on the planners’ side, in the long delays they experienced in receiving hotel bids as well as the homogenized and incomplete responses they got, or the lack of any responses at all. We knew something had to change.”

Mason says the sale of Zentila to etouches has enabled his sourcing and booking solution to join with best-in-class event management technology that covers the rest of the event life cycle. “Being part of one of the top three event management companies in the world has opened up incredible opportunities for us,” Mason adds.

He continues to be an innovator, serving as vice president of sourcing and hospitality solutions for etouches. He worked in sales and hospitality positions for companies such as Gaylord Hotels, Marriott International and Wyndham Resorts. Mason has served on the board of directors for American Society of Association Executives and the Center for Association Leadership and as a member of the Meeting Professionals International marketing committee, among other affiliations. 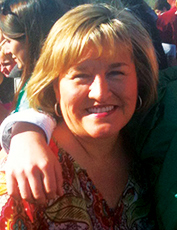 Allegretto Vineyard Resort is a charming, Mediterranean retreat nestled on 20 fertile acres in Paso Robles, California. Amid vineyards, olive and fruit trees, the resort is replete with a luxurious spa, 171 plush guest rooms, elegant meeting space and even an abbey. The musical name of the property describes a moderate classical tempo. It takes a true visionary to make sure the luxury resort lives up to its title, running at a light, graceful pace.

General Manager Anna Olson lends her extensive leadership knowledge and hands-on operational experience to the resort, which opened in October 2015. With Olson at the helm, the independently owned and operated resort earned the AAA Five Diamond award.

Olson orchestrates her teams with compassion and logic, thanks to years of experience in human resources within the hotel industry. According to Josephine Falvo, national sales manager for the resort, Olson is as inspiring as they come.

“Everything she does comes from the heart, and somehow, even in the toughest of times, she can look at the entire project and visualize what she knows can be done and makes it happen,” Falvo says. “She is a true visionary and leader.”

Olson received a Bachelor of Arts degree in music from Azusa Pacific University in California. 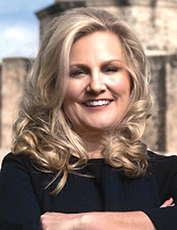 Casandra Matej is a staple of the hospitality industry in Texas, having served in roles including senior vice president of sales for the Dallas Convention & Visitors Bureau and global accounts director of Starwood Hotels & Resorts. She has served five years in her current role as executive director of the San Antonio Convention and Visitors Bureau, where her ambitions are noticed and admired by all.

“Whether working for other DMOs, hotels or even a meeting planning company, I have found that if you are customer-centric, your organization will succeed,” Matej says. “If you put the customer first, everything else falls into place after that.”

Among her accomplishments, she helped privatize the San Antonio Convention & Visitors Bureau—which has been around for nearly 50 years.

“This is no small feat for someone who is a newcomer to the city [where] natives of the area usually have more influence,” says former colleague Lisette Murray. “She no doubt has left a legacy to the city of San Antonio and deserves the Visionary award.

Matej was humbled to be named a Supplier of the Year.

“I am humbled and elated, and honored that somebody would think of me in that way,” she says. “There are many reasons why we work in this industry, and we all feel it’s important to make a difference in our communities and in our business relationships.

“For somebody to recognize me for this is wonderful, but it’s not really for me as an individual, but really for the team at Visit San Antonio.” 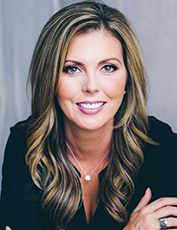 Kate Patay, CPCE, has become an increasingly visible figure in the meetings and events industry, not only as a supplier, but also as a speaker at many leading industry events.

She’s the executive director of sales and marketing for Creative Coverings, a Reno, Nevada-based company that provides high-quality table linen rentals to meeting groups and others.

Patay oversees the growth of the rental and sales division, as well as brand integrity in marketing efforts, customer relations, company trainings and overall client experience.

She has more than 15 years of experience in food and beverage, event design, hotel and casino catering sales, special events and convention services. This year, she received the Event Solutions Spotlight Award for Innovation and in 2015 she was honored with the Pacesetter Award from the Convention Industry Council (CIC).

“Kate has always been focused on growing the convention industry in a practical, ethical and eco-friendly manner,” says Nancy Stoltz, director of marketing and design at Creative Coverings. “Having worked in various facets of the industry has given her a unique perspective and knowledge base that allows her to see many opportunities for growth and change.”

Patay attributes much of her success to her whole team’s extensive knowledge and firsthand experiences of the meetings industry. 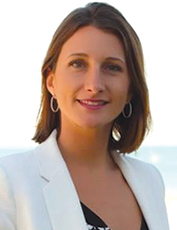 As director of sales and catering for two Florida properties—The Ritz-Carlton, South Beach in Miami Beach and The Ritz-Carlton, Bal Harbour—Kristina Walstatter knows a thing or two about top-tier experiences. Her day-to-day schedule includes executing extravagant galas, and social and corporate events while providing a decadent menu.

“She curates the client’s overall experience with her unique approach to identifying with customers,” says colleague James Rota. “From inception and through every facet of the event, Kristina has an incredible understanding of the client’s needs. She not only delivers to customers’ expectations, but also comprehends their unique personality and style to enliven their dream by curating personalized events.”

Many of her colleagues past and present agree: Her character and ambition are second to none.

“My success in the industry can be entirely tied to the incredible relationships I have made with the professionals I partner with each and every day,” Walstatter says. “Be it my team members inside the building who create an incredible environment for each of our guests or the wonderful industry partners who make over-the-top visions come to life for our customers, it is these relationships that have allowed me to shine.”

She recently received the Leader of the Year Award for 2016 at The Ritz-Carlton, South Beach—a prestigious accolade that undoubtedly mirrors her work ethic. And the praises keep coming.

“I was knocked off my chair to read of the [Smart Meetings] nomination,” she says. “It is an incredible honor to be recognized in a category with so many other fabulous professionals. This is certainly my 2016 professional highlight.”

Walstatter received a Bachelor of Arts in Communications from DePaw University in Greencastle, Indiana. 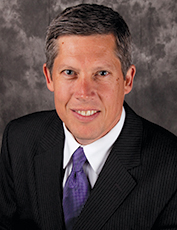 When Mary Haley, executive director and meeting planner for Sonitrol National Dealers Association, booked the group’s national convention at JW Marriott Indianapolis for March 2016, she had no idea how involved the general manager would be in the planning and execution of the event.

“From the very first site inspection, Phil Ray was involved,” she says. “He came to the first meeting and introduced himself to me and my client. He truly wanted to answer questions and talk about ideas for the conference. Then, on subsequent planning trips, he always sought me out to say ‘hello’ and thank me for the business. During the actual conference, he was visible every day to my attendees, meeting many of them and thanking them for coming.

“I have never had such wonderful treatment by a general manager.”

Ray began his career as a controller for Marriott Hotels, and subsequently served as director of finance for Fairmont San Francisco and then The Plaza New York in New York City; director of operations for Doral Arrowwood in Rye Brook, New York, and then Omni Berkshire Place in New York City; and general manager of Omni Hotel in Indianapolis before assuming his current post in 2014.