Rising hotel and airline costs, along with increasing demand for more and longer meetings is pressuring planners to make critical choices to stay in strict budgets, according to a new study by American Express Meetings & Events. The 2019 Global Meetings and Events Forecast survey found that North American planners anticipate per-attendee costs ranging between $1,200 and $1,700, depending on meeting type. Internal meetings land on the lower end of the spectrum and incentives are the most costly.

To offset the 2.66 percent room-rate increase planners are expecting in the United States, some planners said they may be forced to reduce the number of room nights or move to mid-tier regions to stick to their budget. In fact, hoteliers reported that demand for smaller cities was up 3.2 percent while requests for non-traditional meetings facilities was up 2.7 percent. 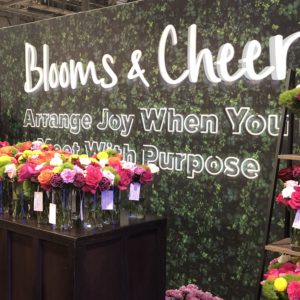 Commission cuts that made headlines in 2018 are having impacts on the bottom lines of meeting budgets based on trends in this report. More than two-thirds of planners responded that the decision by Marriott International—which was quickly followed by others—to cut commissions from 10 percent to 7 percent was the biggest side-effect of hotel mergers and acquisitions. This answer was chosen by 68 percent of respondents this year compared to just 14 percent last year. Half of respondents from all regions said they were “concerned” about the changing commission structure.

Those dollars often went to fund key aspects of meetings in the past. “The industry was built around the mechanics of commissions funding meeting programs. Meeting planners now have to think about how their meetings get funded. The market is still shifting, but it’s going to create a new way of doing business for the meetings industry as a whole,” an unnamed North American meeting professional was quoted as saying in the report.

American Express Meetings & Events Senior Vice President and General Manager Issa Jouaneh pointed to strategic shifts caused by the commission structure change, “There’s no question that for planners this increases the importance of relationships, partnerships and the ability to direct business to suppliers that offer flexibility and value partnership.”

Site selection often requires some give and take on both sides of the negotiating table. Hoteliers who responded to this survey say they’re less likely to negotiate audio/visual and Wi-Fi fees in 2019 than they have been in the past. Ninety-four percent indicated they’d prefer to offer free or upgraded amenities.

Great news, though, on the room rate front. A whopping 88 percent of hoteliers said they’re open to a conversation about negotiating room rates. They’re a bit stricter when it comes to resort fees. Only 38 percent said they’d be willing to negotiate that.