Plastic straws, covers and bottles were all that’s hurting the environment; now Styrofoam and even sunscreen are considered major environmental problems.

Maine became the first U.S. state to ban single-use containers made of polystyrene, also known as Styrofoam, to reduce plastic waste. Gov. Janet Mills signed a bill on April 30 that prohibits any product entirely or partially made of Styrofoam. The legislation will take effect on January 1, 2021, which gives businesses enough time to look for alternatives and adopt the change.

More: Save the Planet, One Straw at a Time

This means that restaurants and local shops will no longer use plates, bowls, cups or cartons that contain polystyrene. These containers are widely used because they are lightweight, inexpensive, and keep food hot. Businesses such as hospitals and seafood shippers are exempted from the ban. Also, manufacturers and stores will no longer sell loose Styrofoam peanuts for packaging. 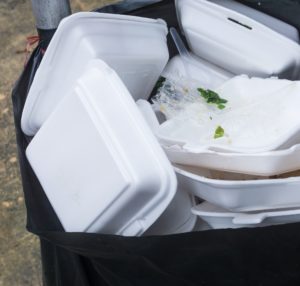 According to an article by Livestrong.com, a study by Washington University found that Styrofoam takes 500 years to decompose; it cannot be recycled and it easily fractures into small pieces which end up in landfills, where it doesn’t biodegrade.

Although Maine is the first U.S. state to ban Styrofoam, several other cities in the U.S. such as New York City, Seattle, Portland, Miami Beach, San Diego, and San Francisco have already banned the use of Styrofoam food containers.

While Styrofoam is making its way to landfills, sunscreens are causing trouble under water. Following Hawaii, Key West, Florida—home of the largest coral reef in the continental United States—is banning non-biodegradable sunscreen. Chemicals like Oxybenzone, Avobenzone and Octinoxate present in sunscreen are found to be harmful to the coral reefs and fishes. The ban will take effect on January 2021, after which stores in Key West will no longer sell sunscreens that contain reef-damaging chemicals.

Several spots across the globe such as Palau, The Maldives, The Great Barrier Reef, French Polynesia, Riviera Maya, Puerto Princesa and Bonaire have also banned chemical sunscreens. Although Mexican destinations like Xel Ha, Garrafon Natural Reef Park, Cozumel and Playa del Carmen haven’t formally prohibited the use of sunscreen, they are requesting visitors to use only natural sunscreens before going into the water.

What is the Alternative?

Mother Nature can be unpredictable. Changing weather patterns requires businesses to become proactive about planning for severe weather or be faced with costly consequences.

Area15: A World of Wonder and Ample Event Space