Some restaurants celebrate the 4/20 tribute to marijuana culture every day. That’s thanks to cannabidiol (CBD)-infused alcohol! Restaurants and breweries all over the country are embracing CBD. Even Carl’s Jr. is debuting a CBD burger on Saturday April 20—priced at $4.20. Promotions cite the plant derivative’s advantages, such as swelling reduction, pain relief and calming epilepsy, just to name a few. It is important to note that this chemical does not contain the psychoactive components found in tetrahydrocannabinol (THC).

Other CBD-based products, such as lotions, shampoos, lip balm and CBD-enhanced massages are showing up in public spaces, including hotel spas. You may come across them if you’re in one of the 33 states where CBD is legal for medicinal and/or recreational use. Here you’ll find 6 spots to indulge in CBD-infused libations. 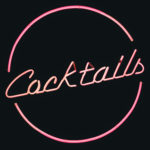 As if mojitos aren’t good enough, this Hollywood-based hotel decided to add CBD to the mix. In addition to the mojito, they also serve cannabidiol-infused desserts: a lemon bar with frozen yogurt and raspberry crumble, a green apple Bavarian cream and a yogurt panna cotta with berries.

If you’re a fan of finely-crafted cocktails and CBD, Hooch, in Aspen, Colorado, could be your new favorite bar. Home to a cocktail that includes the non-psychoactive chemical: the “Weed Tonic”—made with Sipsmith gin, turmeric ginger syrup and CBD bitters produced by cocktail enhancers, Strongwater. 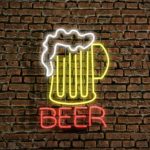 Creators of the CBD-infused Two Flowers IPA, now served at several Oregon-based breweries, such as Ankeny Tap & Table. Coalition will be hosting their second annual CBD Beer Fest on that special day, where they will serve CBD beers and cocktails, and host a CBD beer pairing dinner.

The “Cannabus Pilsner” was Virginia’s first hemp flower-hopped beer. Once a month, the brewery hosts Back Bay’s Living Room Artist Series, a 14-month long series that began January 26, 2019, where they showcase two musicians and one visual artist per month—the next one takes place this Saturday!

The first brewery to introduce hemp-CBD into beer, Dads & Dudes has facetiously named its concoction “George Washington’s Secret Stash.” Although a brewery, it has a large selection of food as well, including pastas, calzones, pizzas and sandwiches.

The Sarasota-based brewer will be debuting a small batch of Mindful Monk, the brewery’s first CBD beer, at their University Park location in Florida. While there, why not stay for the food specials, including pizza trios and double cheeseburgers with gouda mac-and-cheese.