Everyone is buzzing about the Zika virus and its impact on leisure and business travel. In truth, Zika isn’t the only virus you need to be cautious of when traveling to warmer environments. The best way to improve your likelihood of safe travel is to develop a better understanding of transmission methods for Zika and other diseases transmitted via mosquitos and other insects. 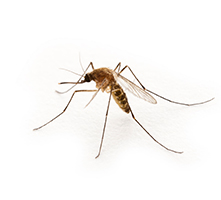 The Zika virus is spread by the Aedes species of mosquito. Transmission occurs when an infected mosquito bites a person.

Although it has been dominating the news, the Zika virus is not new. It was previously reported in areas including tropical Africa and Southeast Asia. In May 2015, the first case was discovered in Brazil, and the virus has since spread across South America and to places such as the Caribbean and Mexico.

What are the Symptoms?

Typical symptoms include a rash, fever and joint pain. Patients do not usually require hospitalization and symptoms tend to resolve on their own within a week. Zika-related deaths are rare.

Who is at Risk?

Zika poses the most serious risk to pregnant women. Emerging research indicates that babies born to women who contracted Zika during pregnancy are prone to birth defects. The most common and debilitating is microcephaly, a condition in which the infant’s brain doesn’t develop properly, leading to an abnormally small head.

Should I Avoid Traveling?

Mosquitos can be found year-round in endemic areas. As a result, postponing your trip will not reduce the threat. Research on the Zika virus is still ongoing. Currently, experts say pregnant women in any trimester are at high risk and should avoid traveling to destinations where Zika outbreaks have occurred.

If you plan to become pregnant, talk with your doctor. It is advised that you use birth control while traveling and speak to your health-care provider before commencing conception attempts. Since Zika can be transmitted sexually, your partner should also be watchful for any exposure.

Are Men at Risk?

As of February 2016, evidence suggests that Zika can remain in semen substantially longer than the virus’ relatively short symptomatic period. United Kingdom researchers found evidence of the virus in the semen of a male study subject 62 days after he was believed to have contracted Zika. Because it’s unclear whether this 62-day period is the maximum amount of time Zika can be found in semen, Centers for Disease Control and Prevention recommends that men abstain from unprotected sex with pregnant female partners for the duration of the pregnancy. Men who have traveled to impacted areas and want to conceive a child should consult with their doctors before doing so.

Currently, there is no evidence to suggest that people who have suffered from the Zika virus are at risk of having babies with birth defects once the virus has left their bodies.

How Can I Reduce My Risks?

While mosquitoes are more active at night, don’t let preventative measures lapse during the day. If you see a mosquito biting you, resist the urge to smack it. Doing so leaves the proboscis lodged in the skin, increasing the chance for transmission. Instead, immediately brush it off the skin.

Here are some strategies to reduce exposure, but any one of these in isolation will likely not prove sufficient to prevent disease contraction.

–Regularly apply EPA-registered repellent.
–If you plan to spend considerable time outdoors, treat outdoor spaces.
–Stay indoors when possible, outfitting windows and doors with screens to keep mosquitos out.
–Wear protective clothing such as long-sleeved shirts and pants.
–Treat clothing with permethrin. These treatments generally last through multiple washings.
–Wash clothing in specialized detergents that have repellent added to them.

What Other Diseases Should I Watch Out for?

Although the Zika virus may be dominating headlines, it’s not the only potential health risk you face when travelling in warm climates. Malaria is also carried by mosquitos, and Lyme disease, which is spread by ticks, is a threat to well-being, particularly if you spend a lot of time outside.

Preventative measures for malaria and Lyme disease are similar to some of those previously mentioned.

You can reduce the risk of contracting malaria or Lyme disease by applying repellents and treating outdoor areas. There are drugs you can take before departing on your trip to prevent malaria. To reduce your risk for Lyme disease, check your body carefully after coming in from outside. If you find a tick, remove it immediately, grasping it firmly so you remove the head and the body.

Anything Else I Should Know?

Scientists are still broadening their understanding of Zika. They presently believe the virus poses a risk only to pregnant women and to those trying to conceive.

If you’re planning to travel for business or pleasure during the coming months, be mindful and take steps to limit your likelihood of exposure. You also should consider purchasing medical travel insurance in order to avoid exorbitant medical fees in case you need to see a physician or require hospitalization while out of the country.

Dr. Ernest Brown, a native Washingtonian, believes medicine should be patient-focused. He founded Doctors to You, an on-demand medical service offering traditional, house-call-style care for patients in Washington, DC, Maryland and Northern Virginia. Visit
doctorstoyou.com or follow the doctors at facebook.com/doctorstoyou.

There seems to be so much more to be worried about these days. Professionally and personally. All to the backdrop of a world seemingly going to Hades in a handbasket faster than ever. While eliminating all worry from your life may be an absurd idea, there are ways for you to decrease the worry and increase the happy.

Our Drug of Choice