Harnessing Emotions for a Healthier, More Successful You

Collectively, doesn’t it seem as if human emotions have been hijacked? That they’ve been usurped to divide rather than unite us? In our body politic, our media (social and otherwise), our popular culture, it sometimes seems as if we believe the only way to succeed is to be emotionally unfiltered and shrill.

And yet, nearly three decades ago two eminent psychology professors pointed out that those who are most effective in their personal and professional lives exhibit an intelligence that has little to do with being able to finish The New York Times crossword puzzle. Such people are in harmony with their emotions and those of others. They exhibit high emotional intelligence, or EQ. One of the coiners of this term, John D. Mayer of University of New Hampshire, defined EQ as “the ability to accurately perceive your own and others’ emotions; to understand the signals that emotions send about relationships; and to manage your own and others’ emotions.”

Mayer’s partner in pinpointing the integral role our emotions play in how we get through life was Peter Salovey, founder of Yale Center for Emotional Intelligence and now president of Yale University. He devoted years of study “to show that not only do emotions matter, but they matter in positive ways, that we have an emotional system for a reason.” 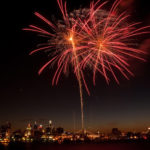 As we begin the new year with resolutions for self-improvement, why not put improving your EQ on the list? MPI Academy offers 10 courses that touch on the topic, including “The Meeting Professional’s Guide to Less Stress, More Joy and a Fulfilling Life.”

Ongoing research and case studies have amply demonstrated how important nurturing our EQ can be. Harvard Business Review sells a boxed set of EQ books for $99.99, and an HBR writer, Rutgers psychologist Daniel Goleman, has declared, “My research, along with other recent studies, clearly shows that emotional intelligence is the sine qua non of leadership.”

EQ can contribute to the well-being and success of every meeting professional, too. As Jeannie Power, CMP, co-founder of Power Event Group in Virginia, puts it, “Once you can effectively empathize with others, you can become more successful reading people and understanding their needs and concerns. You can also more successfully determine their strengths and weaknesses, build stronger relationships, and communicate and negotiate more effectively.”

10 Tips to Boost Your EQ 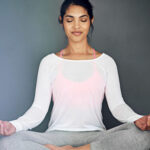 Tucson is a city of 500,000 and known as one of the country’s darkest-skied cities. It’s also the epicenter of Arizona’s wellness boom. What else makes Tucson so different from its nearby counterparts? Let’s find out.