Beyond hybrid: where in-person meets virtual

Most of the time when hybrid events fail, it’s because all they’ve done is stick a camera in the back of the room, put the sessions online, and called it “hybrid.”

Let’s face it, there are lots of different kinds of in-person events: education conferences, tradeshows and expos, awards galas, incentives and so many others. And, as we’ve discovered over the course of the last year or so, there is an equally near-infinite possible number of online events, ranging from simple work check-ins to Zoom cocktail hours, from live-streaming surgery to the latest e-sports marathon, and everything in-between. It’s one of the things I love about events: you never know what you’re going to be a part of next.

It’s therefore more than a little fascinating to me to watch people twist themselves into pretzels trying to “nail down” the definition of hybrid events, not the least of which because solid definitions have been around for a decade. I can’t help but have a little twinkle in my eye when someone tries to tell me what a hybrid event “is” when I’ve been helping put them together since “I’ve Got a Feeling” by the Black Eyed Peas first made its way onto our event walk-in music playlists.

Personally, I’ve been a big fan of MPI’s definition from around that same era:

Hybrid Event: A meeting or event with at least one group of face-to-face participants, connecting with other participants in one or more locations.

The Connection is Key 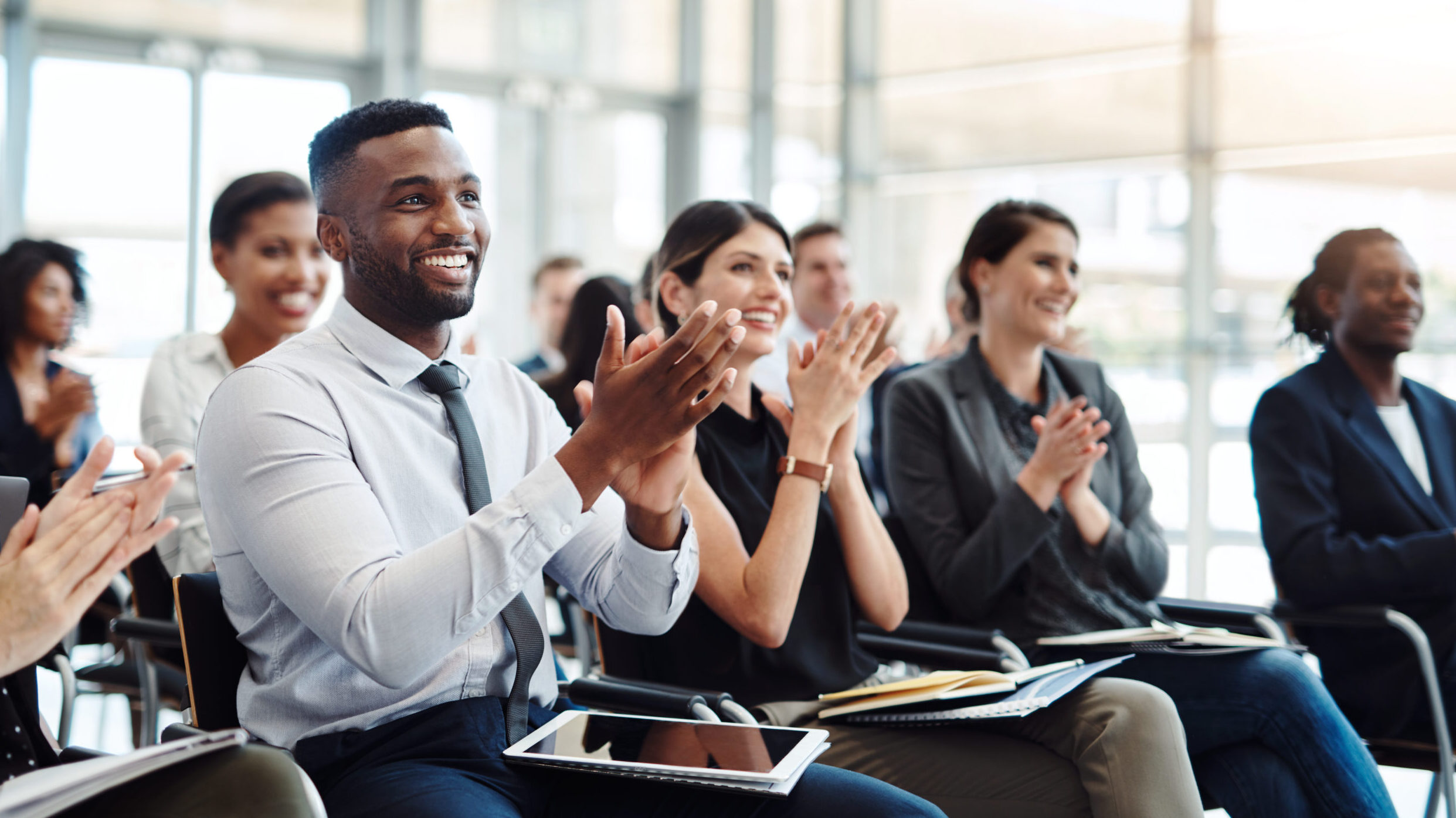 Whenever I’ve used this definition in presentations, I’ve always then drawn a giant red circle around the word “connecting” because that’s where I and others have always felt the magic happens–creating connections between our remote and in-person audiences so that they feel like they are a part of the same event. It’s interactivity between the remote audience and the in-person experience that helps create engagement. Most of the time when hybrid events fail, it’s because all they’ve done is stick a camera in the back of the room, put the sessions online, and called it “hybrid.” Congrats! You’ve literally just given your online audience the worst seat in the house and told them they can’t even interact or ask questions. But what do you call that kind of event if it’s not hybrid? I’d argue that leans more toward a broadcast event than a hybrid event, but let’s not get ahead of ourselves.

More: Can One Virtual Meeting Platform Rule Them All?

Even having this pretty solid definition of hybrid events in hand, I have to admit that I’ve always resisted putting these things in perfect, neat little boxes, preferring instead to think of it all more like a spectrum. If you think of a rainbow, there aren’t hard-defined lines between the colors. They kind of flow from one into the next into the next, and yet, we can still clearly see the individual ROY G. BIV colors. So let’s try something like that with our events, only instead of colors, let’s talk about the types of audiences. 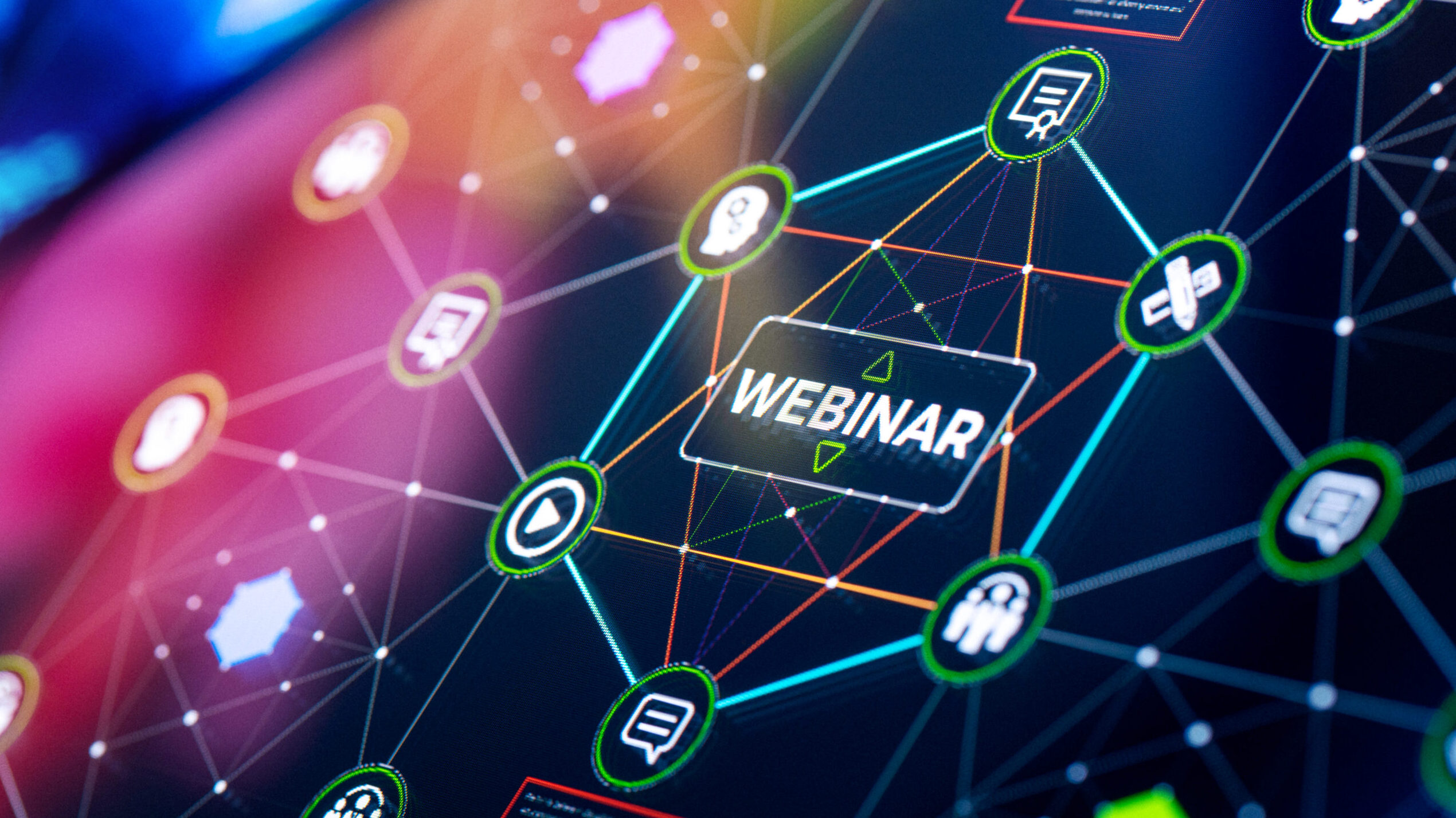 All the way on the left of our spectrum are our fully in-person events. There is no remote audience, and the event takes place exclusively “face to face”. It’s not broadcast, and nothing is released on-demand afterward. As the costs of video and audio recording have come down, these have become pretty rare, and even many of the smallest meetings and events are recorded and released later in one form or another, even if it’s just a highlight reel for next year’s conference.

Next up? Broadcast events. Almost as soon as radio and television were invented, people began pushing the envelope of what was possible technically to broadcast events live. There’s just something about listening or watching something as it happens that’s magical. These were in-person events, being broadcast to a larger remote audience. They might have dedicated commentators or hosts, but for the better part of 80 years, they were basically one-way communications channels.

That all began to change with the internet, and specifically social media. Now, suddenly, we had a way to provide near-instant feedback on whatever it was we were watching or listening to, and producers realized it was a great way to keep audiences engaged. Talent shows asked us to vote via text and online, and millions flipped to Twitter to see and “like” Ellen DeGeneres’ selfie at the Oscars. Still though, when we watch the Super Bowl or the World Cup, we don’t feel like we’re part of the event. A broadcast event may have some level of interactivity with the remote audience, but even if it did, I wouldn’t call it a hybrid event.

As we add more and more interactivity, that’s when we approach truly hybrid events in the middle of our spectrum. Remember, the keyword in the definition is “connecting.” The more we interact with an event, the more we feel a part of that event. When hybrid is done well, all remote audiences and in-person audiences truly feel a part of the same event and have equivalently valuable experiences. Not the “same” experience, but equally valuable. Going deep on producing hybrid events is beyond the scope of this article, but these are the things I tend to key in on: creating interaction and connection between the audiences, no matter where they are in the world because, let’s not forget the definition of hybrid above includes the words “one or more” locations!

All the way to the right of our spectrum is, of course, fully online events, which is where most people spent 2020. It’s a funny thing about spectrums, though. Many of them, including political spectrums, have a tendency to loop back on themselves, with the extremes being more similar than most would like to admit. Much like fully in-person events, fully online events have only one audience: the remote one, to plan for, which in a lot of ways makes them easier to plan.

But that’s a story for another time. For now, I’m just happy to have brought “Balance to the Force” and to hopefully have helped out with folks’ need to rigidly define these types of events. Just as we can clearly see the difference between Red and Orange, and yet acknowledge all the beautiful shades in-between, so too can we acknowledge that there’s plenty of room to experiment on our spectrum of event types!