The commute may be an endangered species

On average, people are saving nearly $500 per month by working from home. And benefits of working remotely seem to significantly outweigh the cons. The increasing tech sophistication of WFH and the persistence of the pandemic are making it clear that this OOO option is not only highly possible but, in many ways, may benefit your company.

So indicates research from Owl Labs, in collaboration with Global Workplace Analytics, which studied 2,025 full-time employees in the United States.

The research found that almost 70 percent of full-time workers in the U.S. are working from home during COVID-19. As most industries were forced to tell their office workers to stay home, a funny thing happened. These employees said they wanted to do so permanently—a whopping 123 percent more than before, indicated the research.

Will Employees Go Back?

For many, the work-from-home lifestyle suits them just fine. Seventy-seven percent of respondents said that, even after the pandemic, working from home would make them happier; half  said they wouldn’t return to a job if they couldn’t work from home. Two-thirds of employees said if they were no longer able to work remotely at their current job, they would stay but be less happy; 54 percent would stay but would be less willing to give extra effort.

Even before COVID-19, employees wanted more opportunities for remote work, but the reasons were different. Before 2020, the top three reasons were a better work-life balance, increased productivity and less stress, according to the study. Now, the leading reasons are fear of getting sick, avoiding the commute and reducing stress.

Reducing stress, it seems, is a big one, pandemic or not.

All these factors may contribute to why, after COVID-19, 92 percent of those surveyed expect to work from home at least once a week, and 80 percent expect to do so at least three times per week.

The Way We Communicate is Changing 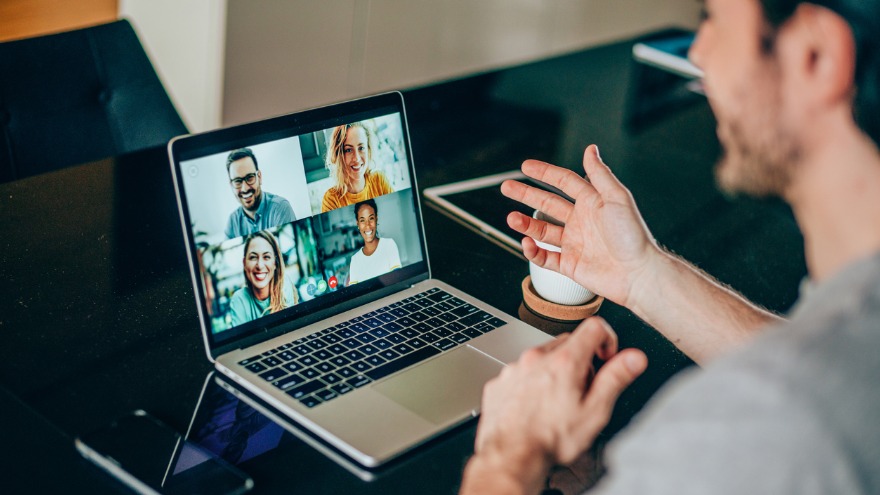 We all know that video conferencing has replaced the standard face-to-face meeting for the time being. Sixty percent of survey respondents reported using this communication technology more often than before COVID-19.

At the same time, respondents said their productivity, if anything, has increased: 75 percent said they are either as productive or more productive while working from home. This mirrored their belief that video conferencing can be at least as productive, or more so, as in-person meetings—an assertion nearly 80 percent of respondents agreed with.

Working from home also fosters a more trusting relationship between the employer and employee, as employees are given more freedom and autonomy than they otherwise might have, as well as the ability to be productive at their own pace. More than three-quarters of those surveyed said they feel more trusted when working remotely, and 74 percent said they would be less likely to leave their employer.

People, on average, save about 40 minutes a day without a commute, freeing up time to walk the dog, spend a little more time with family or catch up on sleep. The time saving is one reason 80 percent of respondents said the dreaded commute is one of the primary reasons they’d rather work from home.

Almost half (44 percent) of respondents would even expect a pay increase if asked to return to the office—to make up for additional costs, such as gas and tolls.

On the flip side, 25 percent said they would take a pay cut of more than 10 percent to continue working from home.

The questions before us: In a world of rapid and increasingly cataclysmic climate change, could the return of F2F events and our drive for their continual growth contain the seeds of the industry’s decline? And most importantly, how might it be possible to avoid this potential fate?

Get Your CBD On: Smart Style With Kate Patay