For what is planning if not a whole lot of clear thinking? Without an agile mind that hops easily from task to task, a planner’s career would be, well, short but not sweet. That’s why the subject of brain health should loom large on your radar.

Researchers and doctors have only recently focused in a holistic way on the specific threats to, and needs of, what’s between our ears. Always-on technology, environmental contaminants and poor sleeping habits are among the culprits being identified as bandits of focus, memory and overall cognition.

There’s increasing evidence that your mind cares what you eat. Lisa Mosconi, associate director of Alzheimer’s Prevention Clinic at Weill Cornell Medical College, is a neuroscientist and certified integrative nutritionist. Her 2018 book, Brain Food, states that the dietary needs of the brain are substantially different from those of our other organs, yet few of us have any idea what these might be. Even more significantly, she argues that the brain might be the organ that suffers most from poor nutrition.

“When we eat a fatty, sugary meal and experience symptoms like sluggishness, brain fog and drowsiness, these symptoms originate not in the stomach, but in the brain,” Mosconi writes on mindbodygreen.com. “More importantly, these aren’t strictly temporary effects. The latest research, including my own work, indicates that a poor diet causes the loss of key structural and functional elements in the brain, with an aggressively higher vulnerability to brain aging and dementia.

“Next-generation medical imaging and genomic sequencing have all helped to reveal that some foods are neuroprotective, literally shielding the brain from harm and supporting cognitive fitness over the course of a lifetime. Conversely, other foods and nutrients are downright harmful for the brain.”

Among the best brain foods, Mosconi says, are eggs (especially fish eggs, if you have a caviar budget, for their omega-3 DHA fat, choline—a B vitamin essential for memory—vitamins B6 and B12, iron and brain-building protein) and fatty, cold-water fish such as salmon, trout, sardines and anchovies. She also recommends plenty of hydration. “The brain is so sensitive to dehydration that even a minimal loss of water can cause symptoms like brain fog, fatigue, dizziness, confusion,” she says.

The Importance of Consuming Hard Water 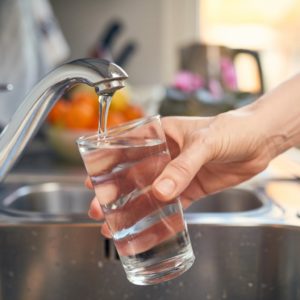 Many of us think we’re healthy hydrators when in reality, we are not. “The longevity and well-being of both your brain and your body are critically dependent upon consuming hard water. This refers to plain water that is high in minerals and natural electrolytes,” Mosconi says. In other words, you aren’t properly hydrating your brain with purified water that has had those elements stripped out. Coconut water is another medically endorsed source of minerals (potassium, especially) and electrolytes.

What else can you do to feed your brain? We’ve all heard the advice that seniors should tackle crossword puzzles and try new things to help ward off mental decline. It turns out we should heed that advice no matter what our age. Taking up a musical instrument or a new activity is just plain good for us. As planners, that could mean taking on fresh challenges in unfamiliar environments, or shaking up the standard meeting paradigm.

Getting outside for a nature fix is also a brain-pleaser. And so is connecting face to face—which, of course, is no surprise to any planner.

Designing your gatherings to help attendees keep their minds sharp is easy.

Sugary drinks and highly processed foods aren’t good for you in general, and the brain is especially sensitive to the toll they can take. Animal studies show that a high intake of fructose in sugary drinks, for example, can lead to insulin resistance in the brain, as well as a reduction in brain function, memory, learning and the formation of brain neurons. Instead, plan menus around whole foods, especially oily fish, eggs, leafy greens and fresh fruit. Green tea is also beneficial.

Doing anything new stimulates the creation of neural pathways. Cooking classes and cook-off challenges are sure ways to make this fun. Smell, touch, sight and taste all engage different parts of the brain.

Millennials have this one right. Passive listening to long PowerPoints may not harm attendees’ brains, but they exceed attention spans and don’t do much to stimulate brain function. Limiting sessions to 30 minutes or so and involving attendees as active participants keep minds engaged and alert.