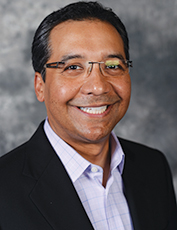 Michael Dominguez has been accomplishing so much in so many roles that some people are beginning to believe that he has a double.

And he’s widely regarded as one of the most eloquent, engaging, well-informed speakers in the hospitality and meetings industry.

He attributes his success to the MGM team.

“Although sometimes cliche, quite simply, I have the luxury of working with an incredibly talented team and a company that not only supports involvement in the meetings industry, but encourages accepting the responsibility to lead change for the broader industry. I am truly blessed and loving every minute of working for MGM Resorts International.,” he says.

His enthusiasm extends to his involvement with the industry in general.

“I get to work in an industry that I so love, and am grateful for the relationships, friendships and partnerships that have become such an important part of my life,” Dominguez says. 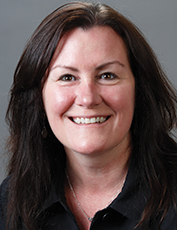 As senior vice president of operations in the Asia Pacific for Hyatt International Corporation, Sara Kearney is responsible for the strategic planning of Hyatt’s direction in the region and oversees operations and talent development.

She has worked for the company for more than 30 years in a wide variety of operations, marketing and brand strategy roles. Kearney joined Hyatt in 1984 as a reservation agent for Hyatt Regency New Orleans. After serving in operations roles in several hotels over 10 years, she joined the corporate team to oversee the implementation of new technology in North American hotels.

In 1996, Kearney moved to the corporate team of Hyatt’s international division as director of rooms, where she supported the company’s expansion in areas including Germany, Brazil and Switzerland, as well as directed the expansion of call-center growth in Australia, Mumbai and Mainz, Germany.

In 2007, she was selected vice president, sales and marketing for international hotels and in 2010, Kearney moved into the role, senior vice president of brands, where she helped define the customer experiences at the heart of every brand and differentiate and communicate the positioning of the Hyatt brands. She began serving in her current role in 2014.

A graduate of the University of New Orleans, she says that her mother, who taught in the Chicago Public Schools system, was her greatest influence.

Kearney feels that her success is largely due to her emphasis on teamwork, listening and learning. Kearney has a voracious appetite for learning and sharing, and says that the most important thing she has learned in her career is that success is far more rewarding when it is achieved through collaboration. 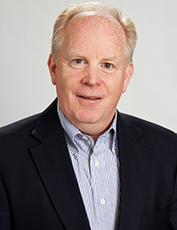 Chris Kenney had considerable success as vice president of sales and marketing for Destination Hotels & Resorts, and he now faces the challenge of handling a much larger portfolio.

That’s because Destination merged with Commune Hotels & Resorts, creating the largest independent boutique hotel operator in the United States. Kenney is now senior vice president of sales and marketing for Two Road Hotels, the new name of the merged company.

He emphasizes the importance of building strong, lasting relationships with customers.

“I truly believe that being a successful supplier comes down to one thing—being focused on your guest/customer by building a relationship that is based on successful outcomes,” Kenney says. “When we focus on our guests, we can make great things happen.”

Kenney is married and has two adult children. 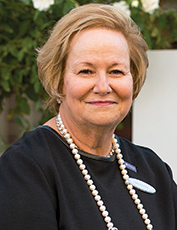 Libby Zarrahy serves in the important role of director of marketing at Hyatt Regency Los Angeles International Airport (LAX), but this is only one of ways she contributes to her community.

“What many people may not know is that Libby contributes time to other causes, including college seniors who project hospitality careers, to help them explore their interests and find where their talents will be cultivated to allow continuity and stability in an ever-changing industry,” says Joseph M. Abbate, president of Strategic Meetings Management.

A graduate of Northwood University, Zarrahy has served the hospitality industry for more than 30 years, including director of sales and marketing for three Sheraton properties and two Marriott hotels, as well as general manager of Sheraton Anaheim Hotel.

She began serving in her current position in 2015 and has played a crucial role in overseeing the transformation of The Concourse Hotel at Los Angeles Airport—a Hyatt-affiliated hotel—to Hyatt Regency LAX. Her responsibilities have included supervising the development of the hotel’s conference center, full refurbishment of all meeting and event spaces, and the relaunch of onsite restaurants.

Reflecting back on her highly successful career, Zarrahy attributes her success to the constant pursuit of excellence.

“No matter how I’m feeling on a particular day, I know that I must be focused on the issues and people in front of me,” she says. “Every day, we all have to get up, dress up, show up and never give up—too many people are depending on me to be at my best. I am not perfect—but I want things to be perfect for every client and hotel guest, and I strive to exceed guests’ high expectations of the Hyatt Regency brand, even in the simplest details and delightful touches.” 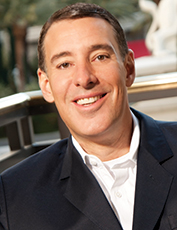 Michael Massari has built quite a resume during his career, and one of his most impressive accomplishments was his major role in opening Harrah’s Waterfront Conference Center in Atlantic City, New Jersey.

“Our market in Atlantic City grew for 30 consecutive years, mainly by attracting leisure visitors,” said Massari, chief sales officer for Caesars Entertainment, at the convention center’s grand opening in September 2015. “But in the last four or five years, our numbers were shrinking. So, we needed to figure out what we could do to change the situation. I figured that we needed to expand our meetings facility for meetings and events.”

The conference center cost $125.8 million to build, but it offers 125,000 sq. ft. of meeting space, which has been extremely successful in attracting groups ever since it opened. This has helped to spark resurgence in Atlantic City as a meetings destination.

Massari, who joined Caesars in 2000, led a nationwide reorganization of Caesars’ meetings businesses into a single department in 2011. The initiative mirrored a successful effort he led in 2005 to combine meeting sales and services across the company’s eight Las Vegas properties.

In 2008, he received the highest honor for management within Caesars Entertainment, the Excellence in Leadership Award. He is a member of the U.S. Travel Association’s executive committee and MPI Foundation’s Global Board of Trustees, and serves many other hospitality organizations.

“He is an amazing mentor, and should be recognized for his excellence in our industry,” says Ashley Lowe, CMP, director of sales at Caesars Entertainment.