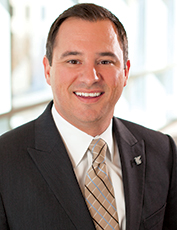 Motivated is one way to describe Damon Bell. As director of sales and marketing at JW Marriott Austin in Texas, his goal is to create the greatest Marriott in the Americas with the help of his sales and marketing team. Having worked in the hospitality industry since the age of 16, he has a good idea of how to get there.

“It is my job—and more importantly my team’s job—to keep our entire staff of over 700 associates very busy with great meetings and events,” Bell says. “I am far from perfect, but if you genuinely try to be best in class in everything you do, it starts to add up.”

Bell says his love of hospitality sales started early, and he was hooked after booking his first NFL team. He spent seven years ambitiously leading a successful sales team for JW Marriott Indianapolis-White Lodging and worked at Renaissance Boulder Flatiron Hotel in Colorado prior to that.

“Damon is a natural sales leader for our hotel,” says Scott Blalock, JW Marriott general manager. “He is passionate about understanding our customer needs and motivates our team to deliver the highest levels of customer service for our groups.”

When asked to what he owes his success, Bell said, “Don’t take any customer, any colleague, or any associate for granted. You have to earn every booking, earn every opportunity and continue to hold yourself accountable. Our general manager at the JW Austin has a continued vision to be the best in everything we do.” 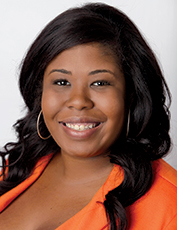 Joclynne Bynoe, CEM, the event services manager for Massachusetts Convention Center Authority, isn’t afraid to roll up her sleeves and jump right in when the going gets tough. This literally happened at the conclusion a five-day event at John B. Hynes Memorial Convention Center in Boston, according to Brittany Saylor, a meeting planner for San Diego-based Right Hand Events.

Saylor was very impressed with the way Bynoe and her team accommodated 1,500 pieces of luggage that needed to be stored and then dispersed on departure day. As the attendees left their final session and descended upon the luggage drop, Bynoe quickly and efficiently began pulling luggage herself and enlisted her whole team to help to expedite the process.

“In all my events, I have never seen the kind work by an event manager that I saw with Joclynne,” Saylor says. “Departure day was only one small example of her amazing attitude and work ethic. She is a doer and a giver, doing and giving more of herself to the client than would ever be expected. Joclynne is definitely one of a kind.”

A 2005 graduate of New England College in Henniker, New Hampshire, Bynoe entered the business travel industry as an account representative for a car rental company. She’s been with Massachusetts Convention Center Authority since 2007, working her way up from exhibitor services associate.

When asked what most influences her commitment to providing stellar service, Bynoe replied, “It’s my clients.” No matter how small or large the event, Bynoe seeks to provide a signature Boston experience for each client, ensuring they have the best possible experiences.

“There wasn’t a moment during our time onsite that we couldn’t find Joclynne. She was always available,” Saylor says. 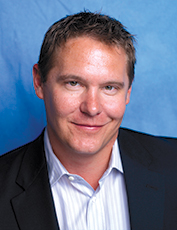 Kurt Diekhoff was a team member for the opening of Montage Deer Valley in Park City, Utah, in 2010, and as director of sales and marketing, he continues to develop and implement strategies to generate revenues for it.

After receiving a Bachelor of Arts degree in political science from Ohio Wesleyan University, Diekhoff served as sales manager for Hyatt Resorts Hawaii and Hyatt Regency Hawaii. He then worked as national sales manager for Westin Resort St. John in the U.S. Virgin Islands.

He joined Montage Hotels & Resorts in 2002, serving as sales manager at Montage Laguna Beach in California and director of sales at Montage Deer Valley before assuming his current role in 2014.

“I am very thankful to have had many great mentors and friends since joining this industry, including my very first client, who gave me many of my first pointers that I carried with me the rest of my career,” Diekhoff says. “I believe it is always important to surround yourself with great people who share your values, and I consider myself incredibly fortunate to work with a great team and organization that believes in hospitality and that puts guests first.”

Diekhoff is actively involved in the hospitality industry, with past and present affiliations with the Society of Incentive & Travel Executives (SITE), Financial & Insurance Conference Planners (FICP) and Meeting Professionals International (MPI). 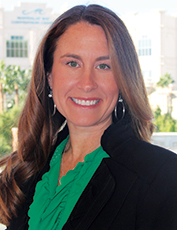 Stephanie Glanzer, CMP, has established herself as a strong leader, as is evident by her significant role in a recent project at Mandalay Bay Resort & Casino, Las Vegas.

She helped with the execution of the recent expansion and redesign of the meeting space at Mandalay Bay, which included adding another 350,000 sq. ft. of exhibit space, as well as opening the new, attractive 70,000-square-foot Oceanside Ballroom.

“We continue to work hard to be the leader in the industry as a meeting and convention destination,” Glanzer says. “Many of the improvements we have made to the properties over the past year have been focused on feedback from our convention customers. We are proud to have many repeat groups each year and look forward to creating new, enhanced experiences each time they come.

She has worked for MGM Resorts International properties in Las Vegas since 1998, serving as vice president of sales and marketing for Aria in Las Vegas, director of incentive sales for Bellagio Las Vegas and sales manager for The Mirage Las Vegas.

Glanzer received a Bachelor of Administration degree in organizational business and sales marketing from Southern Methodist University in Dallas. She’s a member of Meeting Professionals International (MPI) and Society of Incentive Travel Executives (SITE). In her spare time, she enjoys travel, live music and spending time with her family. 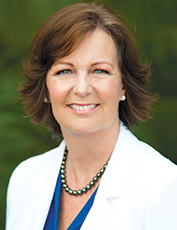 Pepper Dombroski has the enviable but challenging job of director of sales at The Broadmoor, the longest-running AAA Five Diamond, Forbes Five Star resort in the world.

She expertly oversees a group of 10 sales managers who focus on group business for the resort, located in Colorado Springs, Colorado.

Dombroski began her hospitality career in human resources at the historic Hotel Utah in Salt Lake City and quickly learned that sales, catering and conference planning are full of action and interesting people. She went on to work in those departments for various Westin and Omni hotels, and then became director of sales at Headquarters Plaza Hotel in Morristown, New Jersey.

“I’m honored to be selected as a Supplier of the Year,” Dombroski says. “It makes me pause to reflect on all the wonderful bosses, mentors and colleagues who have helped me throughout my career. I’ve been privileged to have worked, and continue to work, with the best in the business.

“I hope that I can help new and developing salespeople the way that I’ve been helped along the way. Perhaps the best lesson that I’ve been taught is the Platinum Rule [an alternative to the Golden Rule]: Treat others the way they want to be treated.” 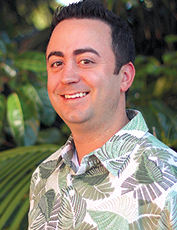 With more than 15 years under his belt with Hyatt hotels, Nate Hardesty was promoted to regional vice president of sales for the Hyatt Hotels Corporation in January 2016. He works at the Washington, DC-based corporate office for the Americas, where he oversees sales production across the eastern region of the United States.

In his most recent position, he coursed the Orlando property through a reflag and ownership change from what was the former The Peabody Orlando, while overseeing 30 sales managers.

“They say a successful team beats with one heart. Nate’s leadership mirrors this saying,” says Kelly Smith, associate director of sales for Hyatt-Americas. “He has used his own property experience to align our efforts as a team so we positively move together toward the same goal.”

Hardesty received a Bachelor of Applied Science degree in communications from Northern Illinois University College of Business in DeKalb. 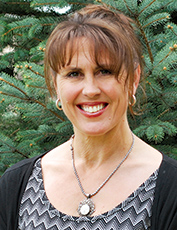 Jennifer Phillips may just be the ultimate Doer.

That’s the category she was nominated in for Suppliers of the Year, and for good reason: She has earned a stellar reputation during her 13 years as senior conference planning manager at Lied Lodge & Conference Center at Arbor Day Farm in Nebraska City, Nebraska, planning at least 200 meeting every year.

“Nobody knows meetings inside and out quite like she does,” says Theresa Brown, director of sales at Lied Lodge. “With a long list of returning clients, she’s asked for by name and has a strong track record of excellence at every customer touch point.

Phillips is known for her attention to detail, recommending a new activity or venue that suits each group every time it visits.

“She remembers who likes Diet Coke, who prefers Pepsi, who has a gluten allergy and who needs extra attention in working through specific details,” Brown says. “There’s no one who exemplifies attention to detail and a can-do work ethic more than Jennifer.”

Phillips received a Bachelor of Science degree from University of Nebraska-Lincoln and worked as catering manager for Cornhusker Hotel in Lincoln before joining Lied Lodge. 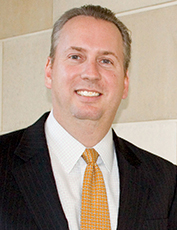 Scott Lane has been experiencing plenty of changes as director of sales and marketing at Hyatt’s two hotels in downtown Denver.

“During my four-year tenure, I have had the opportunity to see a true renaissance of the Mile High City, further complemented with its active lifestyle, the nearby Rocky Mountains and its urban culture,” Lane says. “Along with that came a complete refresh of Grand Hyatt Denver and Hyatt Regency Denver at Colorado Convention Center. This gives us confidence in knowing that we delivering the best experience for those who choose to visit, work and play in Denver.”

Lane leads 24 sales associates and efforts to facilitate the booking process for meeting and convention spaces at Grand Hyatt, with 52,000 sq. ft., and Hyatt Regency, with 60,600 sq. ft.

Lane is an active volunteer, having served the Boys & Girls Clubs of America and Alzheimer’s Association Colorado Chapter, among other organizations.