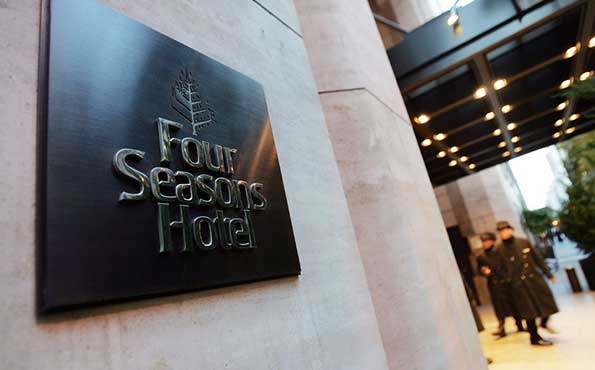 There are plenty of great meeting and event properties listed among the fifth annual U.S. World News and Report survey of “Best Hotels of 2015.” Based on guest reviews, expert opinions and industry awards, the list includes properties that range from historic hotels in Chicago to seaside resorts in Georgia.

Smart Meetings has selected several meeting properties that were among the top 15. The survey reviewed 1,700 luxury hotels and resorts to whittle down the list to 200.

Four Seasons Hotel Chicago is a top choice for the Windy City. Conveniently located on the Magnificent Mile with expansive views of Lake Michigan, the property contains 345 guest rooms and 23,757 sq. ft. of meeting space. The hotel ranked at No. 50 last year, but jumped to No. 9 this year after receiving several prestigious industry awards.

The Grand Del Mar in San Diego is a regular winner among the most exclusive properties. The hotel sits in the beautiful Los Penasquitos Canyon Preserve just north of downtown. Ranked at No. 7 this year, the Tuscan-inspired hotel contains 249 guest rooms and 20,000 sq. ft. of meeting space.

Four Seasons Resort Maui at Wailea is one of the best picks to be in paradise. Sitting on Wailea Beach, the spacious resort has a tropical decor and three restaurants. This relaxing location comes in at No. 14, with 305 guest rooms and nearly 30,000 sq. ft. of meeting space.

Four Seasons Resort Hualalai at Historic Ka'upulehu earned the No. 12 spot. Touted as one of the most luxurious resorts on the Big Island, it receives high praise for extraordinary service and amenities. The resort has 192 guest rooms with almost 30,000 sq. ft. of meeting space.

Four Seasons Hotel Seattle ranks No. 5 among the best hotel, with an ideal downtown location just a block from the waterfront. The award-winning Forbes Five Star hotel is sleek and modern with expansive views of the Olympic Mountains and Elliot Bay. It contains 147 guest rooms and 10,570 sq. ft. of venue space.

The Langham, Chicago is on the banks of the Chicago River, the 52-story skyscraper is near top shopping and dining. The landmark establishment has 268 guest rooms and 15,000 sq. ft. of meeting space

At No. 15, Mandarin Oriental Las Vegas is one of the best picks on The Strip. Although this location lacks a casino on the premises and is smaller in comparison to its competitors, the Mandarin Oriental sets itself apart with a quiet and classy ambience. The hotel contains 392 guest rooms with Asian-inspired decor and 12,360 sq. ft. of meeting space.

The Lodge at Sea Island garnered the coveted No. 2 spot among the top hotels. In Saint Simons Island off the coast of Georgia, this jewel boasts rave reviews for its secluded, luxurious property. This resort features 38 private guest rooms and 25,000 sq. ft. of meeting space.

The Allison Inn & Spa comes in at No. 4, securing a spot in the top five for the second year in a row. Sitting in the Willamette Valley in Oregon’s wine country, the location is a quiet spa-like retreat about 25 miles southwest of Portland. The private property has 85 guest rooms and nearly 30,000 sq. ft. of meeting space.