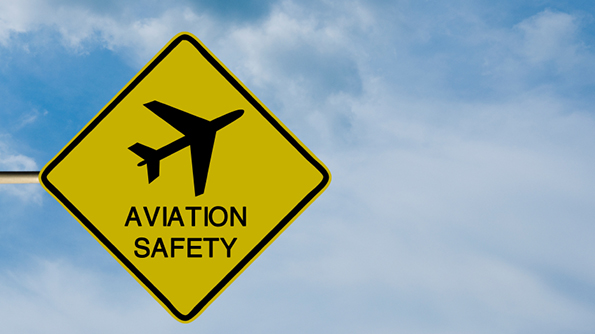 The National Transportation Safety Board wants passenger planes making long-haul flights over water to be equipped with better technology so rescuers can find them more easily in the event of a crash. The organization is recommending that airlines be outfitted with tamper-resistant transmitters that document its location, minute by minute, using satellite technology. It also wants the government to require planes to carry low-frequency, underwater beacons whose signals can be detected by search vessels, and wants the beacons to be equipped with batteries that will last for at least 90 days following a crash, rather than the 30 days currently required.

The NTSB wants the government to require planes to have cockpit video recorders and “black boxes” that cannot be disabled by the flight crew. To make the boxes easier to recover, it suggests that they be engineered to float on the surface with a locator beacon, rather than sink to the ocean floor. It also is considering a requirement that prior to crashing, planes should have the technology to automatically transmit crucial data such as its airspeed, altitude, pitch and whether the engines were operating.

The Federal Aviation Administration is often reluctant to instill new industry-wide regulations unless it can demonstrate that the value will be cost effective, and the NTSB’s recommendations far exceed industry-backed recommendations. The topic is expected to be on the agenda next month in Montreal at a meeting of the International Civil Aviation Organization, a United Nations agency.

The FAA has required that by 2020, all U.S. airliners be equipped with systems that continually broadcast their identification, current position, altitude and speed to air traffic controllers and other aircraft using satellite links. Some airlines have protested, claiming that they need more time to comply with these regulations.

When the NTSB recommended that the FAA require video cameras in cockpits 15 years ago, industry officials claimed that they cost and weighed too much, and pilot unions objected  that they violated pilots’ privacy. In recent years, the weight and cost of recorder equipment has fallen, and people are more accustomed to being monitored by cameras. However, the Air Line Pilots Association remains opposed to video cameras, maintaining they could be misused.