“This is our mission, to get out of bed every day, to work with organizations to make sure they’re a great place to work all of us. For more than the money…because we’re talking about people. The most important subject,” said Michael C. Bush, CEO of Great Place to Work and author of A Great Place to Work for All: Better for Business, Better for People & the World, during MPI WEC Las Vegas 2021.

Delusional, a term often connoted negatively, Bush wears with a badge of pride. The type of person who doesn’t see the world as it is, but as they want it to be. “For all of us who are doing these remarkable things, this is our approach. We’re a little bit delusional and it’s a really good thing,” he said.

Bush’s company, which surveys more than 10,000 companies—14,000 in 2020—and more than 10 million employees annually, found that six out of 10 people who have a family member who is emotionally, psychologically or physically disabled don’t tell their employer. Secrets are often kept at workplaces such as this because it can be a hindrance to career growth. “People will decide, based on their assumptions, what you can and cannot do,” Bush said.

In talking with Bush about a tough work situation in a challenging environment, an employee explained their tough situation could be attributed to their boss. The boss-employee relationship is a crucial determinant behind an employee’s work choices, and whether they choose to remain at a company. “People don’t quit a company. People don’t quit a brand. People quit a leader,” Bush said. “They quit because of a feeling that they’re not being cared for as a person and are being cared for just as an employee.”

According to Bush, this is the time when leaders should care the most about their employees. “People have had 16 months to rethink their lives and they have choices they want to make and they want to know if their leader is going to demand things from them without having a conversation with some consideration,” he said.

What Type of Leader are You? 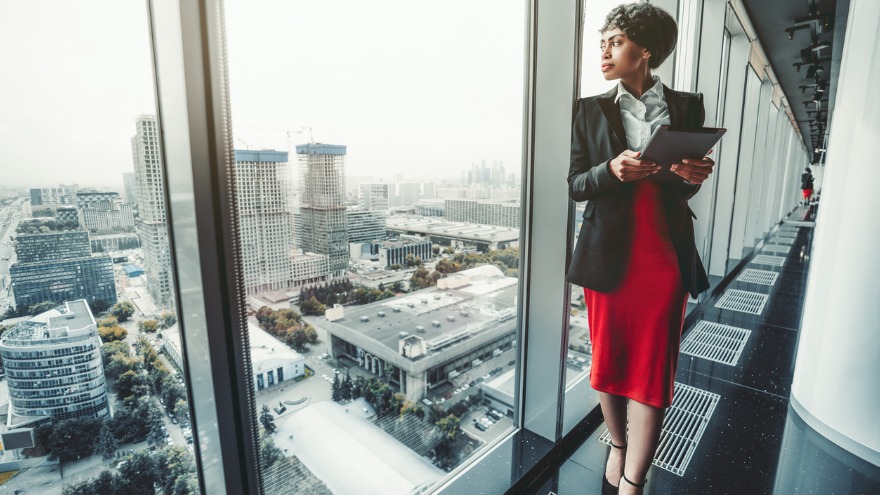 About four years ago, Bush and his colleagues conducted a survey of more than four million leaders and found characteristics that leaders often harbor and how employees react to them.

The first is the “unintentional leader.” Less than 30 percent working for this leader reported having a positive experience; unfortunately, 62 percent of leaders surveyed fell into this category. These are people who should not be in a leadership position. Bush gave two reasons people end up as this leader. First, compensation schemes pay more, placing them in that position because they make more money. The other reason is many of these types are early in their careers—a lot of millennials. “The feeling of working for them is unintentional because it’s inconsistent.” After feedback, coaching and more experience, they may move into the next category, the “hit-or-miss leader.”

Fifty percent of employees surveyed had a positive experience with the hit-or-miss leader. An important factor in becoming this type of leader is receiving feedback, which a lot of employees don’t receive. “There are a lot of people, particularly in small businesses, that are really bad at giving feedback,” he said. He recommended leaders to give praise where it is due, but by that same token, to tell those who aren’t doing a great job that very thing. This lack of connection and feedback is the main issue with the hit-or-miss leader. “These are leaders that were usually ahead of schedule, under budget, great performers…but they need to work on the connection they have with people,” Bush said. If this leader masters the connection aspect, they’ll then move up the ladder to the “good leader.”

With the good leader, 80 percent of people reported having a positive experience. There are three important behaviors which contribute to the making of a good leader: listening, thinking and speaking. In speaking, the important thing is letting employees know how their role links to the organization’s purpose, whether they’re in housekeeping or finance. Thanking people is equally as important.

Next comes listening. “If there’s one leadership skill that you need to do, it’s listening,” Bush said. “That’s the ability to empty your mind when someone else is talking.” This power of listening is something that should be granted to all, no matter their position, something Bush said many have difficulty doing. “There are some who are really great listeners when their boss is talking, but they listen to other people differently if they aren’t in a powerful role. That’s not good listening.”

About 20 percent of leaders surveyed were “for all leaders.” With this type of leader, “a person who has been with the company for six days is treated the same as a person who’s been with the company for six months or 16 years. These leaders treat you the same, because they’re meeting a person,” Bush said. The for all leader places less emphasis in finances and focuses on the symbiotic relationship of organization, employer and the impact both have on the world.

“What we’re searching for is a high trust culture. [People] want to be respected by the person they work for,” Bush said. “You want to have pride in your work, you want to care for the people you work with and feel like they care about you. This is what drives high performance, not bonuses. Those things are temporary.”