It seems at first blush a sensible way to reassure groups about returning to the trade show floor, live events, and even a commercial airliner or cruise ship. A vaccine or health passport, it’s being called, although it’s really just a record of your Covid-19 vaccination and Covid-19 testing. Most likely accessible, as most things are these days, via smartphone.

If an event or business decides to require proof of a recent virus test or vaccinated immunity, you flash it at the door.

Simple, right? Everything after that gets murky.

Before diving into the murk, let’s note that a form of vaccination passport has been around for many years. It’s the yellow booklet familiar to any U.S. traveler to foreign countries that require visitors to show proof of vaccination against specific diseases like typhoid fever, yellow fever and hepatitis. The booklet is issued by the U.S. government as an International Certificate of Vaccination and states that it is approved by the World Health Organization.

No one seems to think these “passports” are a problem. 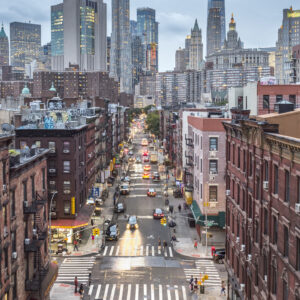 Only one state, New York, has moved forward so far with its own vaccine passport. Called Excelsior Pass, it’s a government-sponsored smartphone app that Democratic Gov. Andrew Cuomo has promoted as a way, for instance, for ticket-takers at events to use their own phones to scan attendees’ passports.

New York officials have not released other specifics about how the app will work, protect users’ personal information or shield the location where their code was scanned, reported AP. The app’s privacy policy says data will be “maintained in a secure manner” and won’t be used for sales or marketing purposes or shared with a third party. But some privacy experts have worried aloud about the potential for privacy and data breaches.

At the same time, a number of elected officials around the country, primarily Republicans, are raising the alarm—and hitting the brakes—over adoption of such measures in their states. This week, Republican Texas Gov. Greg Abbott signed an executive order prohibiting vaccine passports to be required by any “state agency or entity” that receives public funds in his state. This follows a similar order last week by Republican Florida Gov. Ron DeSantis, who also banned businesses in his state from requiring them. As a major port of call for cruise ships, DeSantis was especially adamant about not requiring such passports for boarding a cruiser in Florida.

Both orders would seem to preclude use of vaccine passports for admission to convention centers and other major meeting venues.

Bills forbidding use of vaccine passports have been introduced and are being advanced in the legislatures of several Republican-controlled states, including Montana and Louisiana.

Yet in California, while Gov. Gavin Newsom, a Democrat, announced yesterday that the state plans to reopen by June 15, it will still prohibit convention centers from hosting events of 5,000 or more people until October unless they can prove all attendees have been vaccinated, reports the San Francisco Chronicle. That would suggest a form of vaccine passport would be necessary for large gatherings, at least temporarily.

In short, having to prove you are free of Covid infection has become the latest flashpoint in the culture war that has swirled around masking, distancing and getting vaccinated. And it adds to the confusing landscape for meeting venues and planners as they attempt to restart in-person gatherings—and reassure potential attendees that showing up is safe. 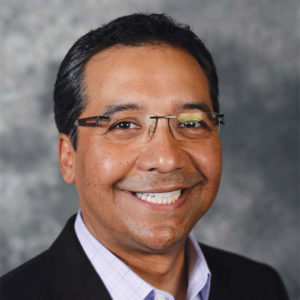 “The conversation around a health pass is a complex issue and not necessarily a yes or no answer,” is the assessment of Michael Dominguez, president and CEO of Associated Luxury Hotels International (ALHI) and co-chair of EIC’s Apex, Covid-19 Business Recovery Task Force. “From an international perspective, a health pass in lieu of required testing will be extremely helpful to lift the restrictive bans that currently exist. As it relates to professional meetings and events, I would favor this process in lieu of a required test only when those tests are required. It is important to not restrict participation due solely to the health pass.”

Dominguez notes that the World Health Organization (WHO) warned against vaccine passports. WHO’s primary fear is that these passports will create inequities across the globe, because 85 percent of shots worldwide have been administered in wealthier countries. Despite potential ethical questions, Israel has already introduced its own vaccination passport, a Green Pass, that allows vaccinated citizens to go to restaurants, concerts and sporting events, and the EU and China have also announced plans for a version of a vaccination passport, according to The New York Times.

The Times also reported that Cathay Pacific airlines, in hopes that digital proof of coronavirus vaccination will speed return of international travel, asked its pilots and crew to try out a new mobile app that showed their vaccination status on a recent flight from Hong Kong to Los Angeles.

Other private-sector developments include Walmart, which is offering electronic verification apps to patients vaccinated in its stores so they “can easily access their vaccine status as needed,” the company says. Universities like Rutgers, Brown and Cornell have already said they will require proof of vaccination for students this fall. The Miami Heat this week became the first team in the N.B.A. to open special “vaccinated only” sections. 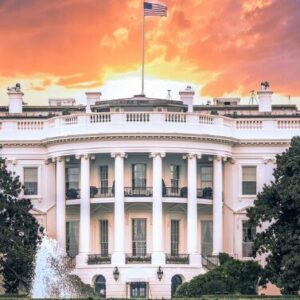 The big question is, will the Biden administration override state-level efforts and push for national passport standards or requirements? It doesn’t appear likely.

Many months ago, Dr. Anthony Fauci, director of the National Institute of Allergy and Infectious Diseases, said that, while requiring vaccine passports was a possibility in some business sectors, they would not be mandated by the federal government. He reiterated that position this week, but the question was seemingly put to rest when Jen Psaki, the White House press secretary, said on Tuesday, “The government is not now nor will we be supporting a system that requires Americans to carry a credential. There will be no federal vaccinations database and no federal mandate requiring everyone to obtain a single vaccination credential.”

Instead, as Andy Slavitt, acting administrator of the Centers for Medicare and Medicaid Services, announced, the government is considering federal guidelines to steer the process surrounding such passports. Concerns to be addressed, he went on, include the fact not everyone has a smartphone; that passports should be free and in multiple languages; and private health information must be protected.

Among efforts underway is the Vaccination Credential Initiative (VCI), a coalition of public and private organizations formed to “harmonize the standards and support development of implementation guides needed to issue, share and validate vaccination records.” It envisions a secure “SMART Health Card” that stores and protects health-care information and other vital medical data. Those without a smartphone could produce a paper printout of a QR code that leads to their data.

“Individuals can then use those verifiable credentials for medical purposes and to demonstrate their vaccination status to safely return to work, school and travel,” states the organization’s website.

Mayo Clinic, Salesforce, Microsoft and Oracle are participating in VCI, as are dozens of other companies.

Epic Lessons from an Only-in-Miami Experience