By any measure, March was devastating for the hospitality industry. San Francisco Travel Association reported at its Annual Visitor & Lodging Forecast Forum, which was streamed this morning, that international visits—the most lucrative segment of the travel sector—were down 67 percent. RevPAR (revenue per available room), airline flights and hotel occupancy posted similar declines. But all is not gloom and doom. As early as April, those numbers started bouncing back, according to Adam Sacks, president of the hospitality analytics company Tourism Economics. 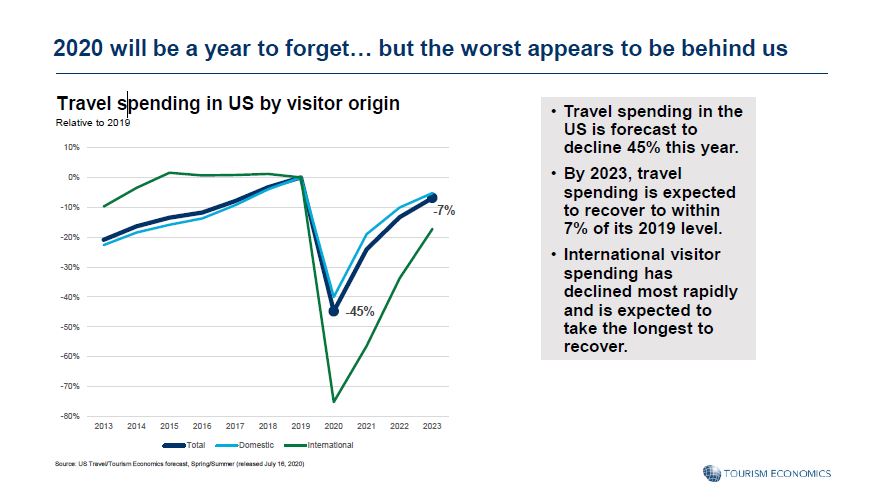 “We are in the midst of a recovery, even if it doesn’t feel like it,” he said. Many of the losses recovered to about 50 percent of normal and hit a bit of a plateau, in anticipation of news such as a treatment or a vaccine that would get people traveling again, he said. “The good news is that once travel resumes, we can recover quickly because there is pent-up demand.”

Sacks described a return to growth that starts with domestic tourists (San Francisco and Los Angeles will be the largest markets in California for the short-term), expands to small meetings and essential business travel in Q1 of 2021, then to international visitors and larger meetings in Q2 of 2021. Revenue numbers could slowly ramp up to 2019 levels by 2024.

“Meetings are essential to the recovery,” he said. 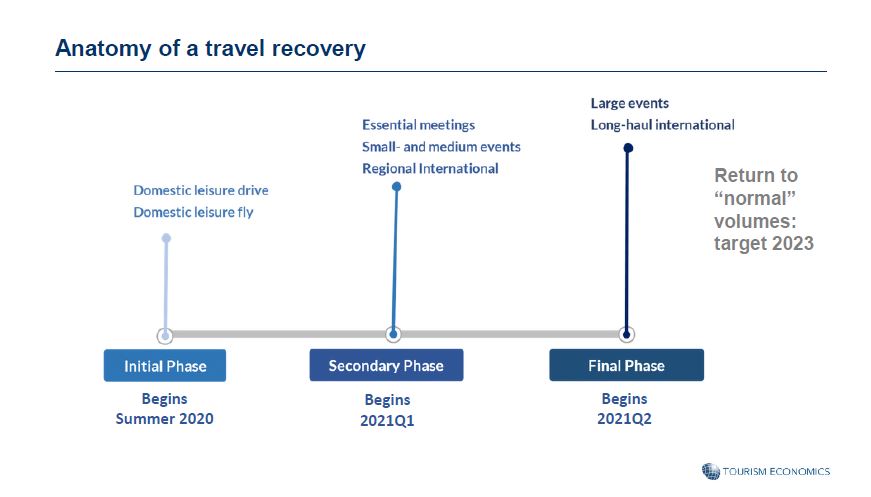 The future could be even brighter, he predicted. The company models different scenarios based on the possibility of a second wave of the virus, government relief and other factors and then rates them with different probabilities. The most probable in Sacks’ estimation is that the San Francisco Bay Area will experience a 4.2 percent decline this year and a 3.9 percent increase in 2021. One of the factors that will determine the trajectory of the industry is the ability to replace lost international room nights with domestic stays.

On the other side of the country, Greater Miami Convention & Visitors Bureau reported similar results, with the percentage of hotel rooms sold in Miami-Dade County hitting a low of 13.6 on April 10, and floating up to 41.1 on July 2, according to data from STR. 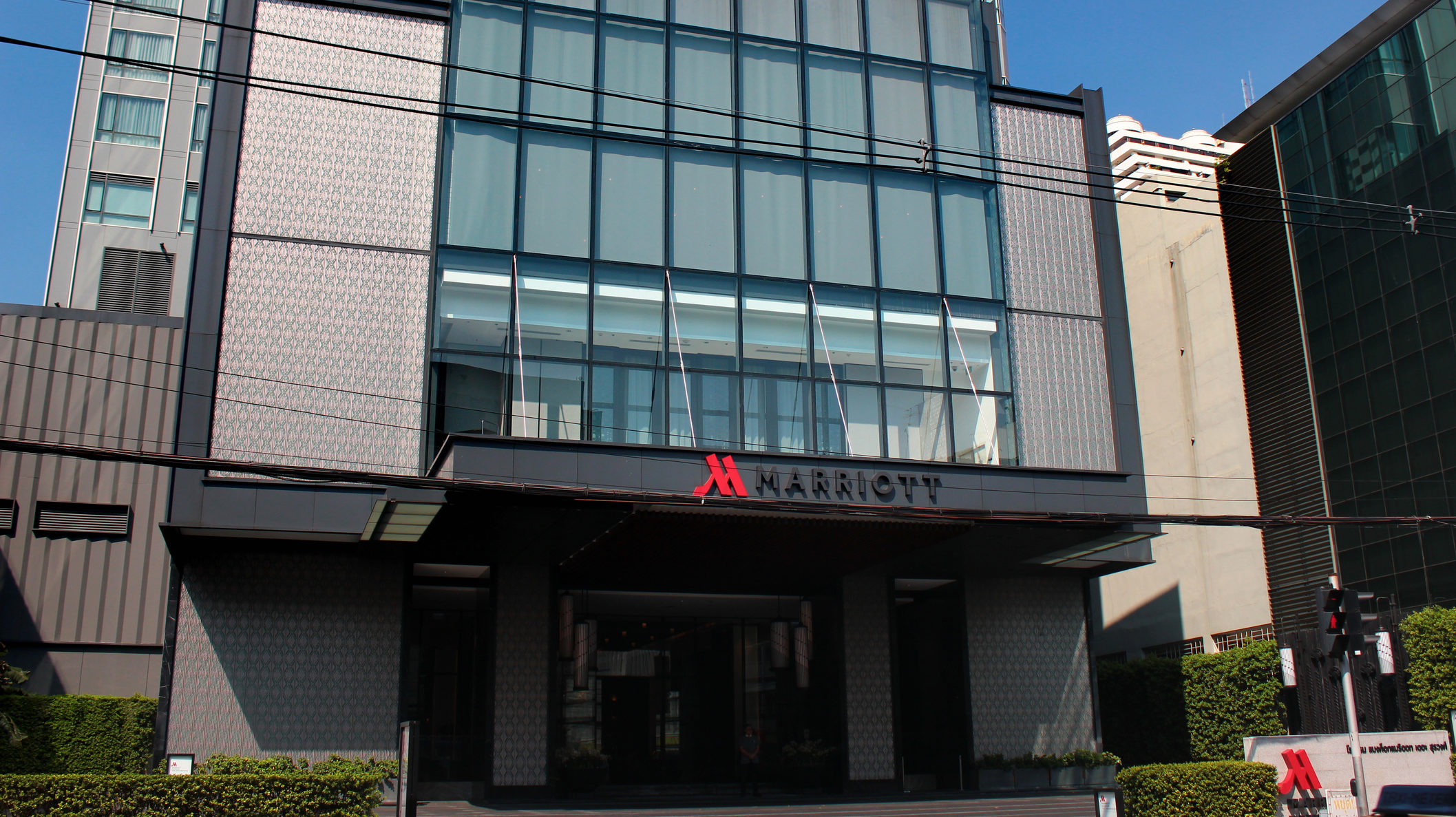 Marriott International CEO Arne Sorenson had a similar message for investors in the public company’s earnings call this week. “The worst is now behind us,” he said after reporting that global RevPAR dropped 84.4 percent (69 percent in North America) in the second quarter. “Since April, occupancy levels have increased each month in every region around the world, albeit at varying rates,” he reported. “There’s still no visibility around when RevPAR could return to 2019 levels; however, the global industry trends experienced over the past couple of months give us confidence that people will continue to increase their travel.”

Only 9 percent of Marriott properties worldwide are closed, down from a high of more than 25 percent in April. Occupancy rates are now averaging above 30 percent.

Marriott executive vice president and CFO Leeny Oberg was optimistic about hotels reopening. “So far, we’ve seen really strong capabilities on the part of the owners to be able to find access to the liquidity they need to keep the hotels going,” said Oberg.

Similarly, Hilton Worldwide Holdings, Inc. President, CEO and Director Christopher J. Nassetta reported last week that the brand experienced 81 percent overall RevPAR declines. Yet nearly 80 percent of the properties that closed have reopened, including all hotels in China and the majority in the United States.

“In terms of demand, we’re seeing meaningful improvements off the lows in April, with monthly sequential increases throughout the quarter and into July,” he said. System-wide occupancy rebounded from a low of roughly 13 percent to approximately 45 percent currently, with all major regions improving.

Tellingly, in Asia Pacific, both leisure and business travel are rebounding and occupancy is now more than 60 percent.