Seventy percent of U.S. business travelers prefer ride-sharing services such as Uber and Lyft over traditional taxis, business travelers in the Americas in general—as well as in Europe and Asia-Pacific—prefer taxis, according to a new survey.

This was among the topics showing the greatest variance in a survey of travelers’ preferences released Tuesday by CWT, a business-to-business travel management platform. Travelers from the three regions participated in the study.

Sixty-three percent of business travelers in the Americas prefer ride-sharing services over taxis, followed by 44 percent in Asia-Pacific and 31 percent in Europe, according to the survey. In the Americas, the United States (70 percent) had the greatest preference for ride-sharing among the countries surveyed, followed by Brazil (66 percent), Mexico (61 percent), Argentina (51 percent) and Canada (43 percent).

Andreen provided his perspective on the difference between American and European preferences.

“Let’s start with the history before ride-share,” he says. “In Europe, there has been a largely government-financed, developed taxi system in most cities, leading to a stronger tendency to take taxis everywhere. In the U.S., there’s a natural tendency to get a rental car when you land. You often see that when European and American colleagues arrive at the same location, Americans will take the car and Europeans will take a taxi to the meeting and to the hotel, assuming they can walk around. Ride-share has replaced the need to rent a car, but has not heavily influenced Europeans. 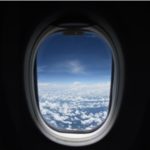 Andreen notes that the survey also found disparity among regions over preference for a window or an aisle seat.

“Many people tend to want to sleep on a flight so that they have something to lean against,” Andreen says. “Also, people prefer to be the ones to ask if they need to get out, rather than have other passengers climbing over them. By having a window seat, you are less exposed to other people walking up and down the corridor, disrupting you with serving carts and elbows.”

Miss a Flight or Get Separated from Luggage?

More than 2,700 business professionals who traveled for business four or more times in the previous 12 months participated in the survey, which was conducted by Artemis Strategy Groups from Jan. 29 to Feb. 9, 2019.

“The baby boomer generation has grown confident in sharing their information much more than has historically been the case,” Andreen says. “People realize the benefits they get today and how sharing information can provide them a better on-board service and better service while traveling.

“For companies, it’s useful to know travel preferences because it allows us to tailor our offerings to our travelers effectively. On the other hand, if travelers feel their confidence has been betrayed, they will withdraw much quicker than historically.”

The complete results are listed below.