San Francisco International Airport (SFO) is continuing its zero-waste efforts by introducing a ban on the sale of plastic water bottles. Starting Aug. 20, plastic water bottles will no longer be sold anywhere in SFO. While the decision has largely been met with praise, some are not on board with the ban. 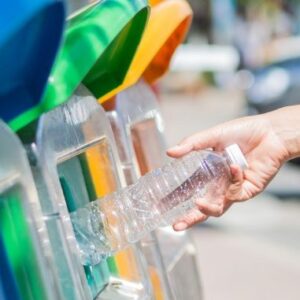 Criticism of the ban center around two main points. The first is the extra hassle for travelers who now feel obligated to carry their own reusable water bottles. It’s just one more thing to pack, they argue.

Beyond that, criticisms focus on the fact that the ban isn’t going far enough to reduce plastic usage. This is mainly because sodas, juices and other drinks packaged in plastic are not being banned. Quoted in The Washington Post, airport spokesman Doug Yakel said that the ban applies only to water because “SFO has about 100 hydration stations that dispense free filtered water, and the availability of water that’s been bottled in something besides plastic continues to grow. This trend has yet to make its way to flavored beverages, but we’re hopeful it [will] in the coming years.”

The worry is that this may encourage people to drink sugary drinks instead of water, due to availability.

A Step in the Right Direction

Despite criticism over the efficacy of the ban, many feel that the policy is a step in the right direction, claiming that bold moves such as this that are necessary if we are to make a real change in plastic consumption, which is particularly prevalent in the travel industry.

This prevalence was noticed by Jo Hendrickx and inspired the creation of Travel Without Plastic, an organization that helps businesses in the travel and accommodation industry to shift away from single-use plastics. Hendrickx estimated, based on personal experience and occupancy statistics, that a hotel she stayed at used 512,460 individual pieces of plastic in a year just from breakfast cutlery and crockery. With numbers such as that, it seems that any shift away from single-use plastics is positive.

What Can Planners Do?

Policies such as these can help planners to increase sustainability practices at events. As attendees increasingly bring their own water bottles when they travel (which this ban encourages), planners can take advantage of this by providing water refill stations instead of plastic bottles at events. Alternatively, planners could offer water bottles as swag and capitalize on a branding opportunity, making attendees and sponsors happy.