Destination Marketing Association International (DMAI) will honor four industry leaders on Aug. 2 in Minneapolis during its annual convention. Click here to follow our live updates from DMAI! This year’s Hall of Fame inductees include Ray Bloom, chairman and founder of IMEX Group, and Nicki Grossman, who retired in June after 21 years as president of Greater Fort Lauderdale Convention & Visitors Bureau.

The DMAI Hall of Fame award was created in 2014 to honor individuals who have changed the future of destination marketing for the better, made significant contributions to the advancement of the industry and shaped travel marketing.

“The 2016 Hall of Fame inductees represent the very best in thought leadership and investing in our future,” says Don Welsh, president and CEO of DMAI.  “This year’s inductees are visionaries whom have established a path for the future of our industry.  I look forward to celebrating these true leaders even beyond the DMAI Annual Convention.” 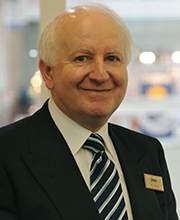 Bloom founded IMEX Group, which organizes international trade shows for meetings, events and incentive industry. His very popular shows are held annually in Las Vegas and Frankfurt, Germany. He also is heavily involved in numerous industry associations. Bloom built European and Incentive, Business Travel and Meetings Exhibition (EIBTM) and Incentive World before selling both to Reed Exhibitions in 1997 and 2000, respectively.

Gary Sain is former president and CEO of Visit Orlando. Before he passed away in 2012, he helped put Orlando on the meetings map, as the city welcomed a record 51.5 million visitors in 2010, the first U.S. destination to break 50 million. Sain worked tirelessly with leading associations such as U.S. Travel to help advance important industry initiatives ranging from travel promotion and visa reform to promoting the value of meetings.

Brad Burlingame is being honored for his work with Visit West Hollywood, serving as president and CEO of the tourism bureau for 18 years before he passed away in 2015. He helped the bureau expand overseas and brand iconic Sunset Strip. A champion of California tourism, he worked to gain the respect of state legislators and to ensure they had a solid understanding of the power of California’s visitor industry.

Jonathan M. Tisch, NYU hospitality expert, was optimistic about the upward trends of 2022. “Travel is essential to the way we work and live”