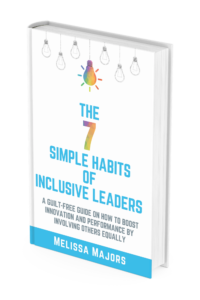 Welcoming diverse audiences is not just a moral obligation; it is a business imperative. Leadership expert Melissa Majors calls inclusiveness an unfair advantage that has served her well both personally and professionally. Based on her new book, The 7 Simple Habits of Inclusive Leaders, she summarizes the importance of collaboration in leveraging the power of diverse points of view to produce effective events in the following excerpt.

Inclusive leaders are intentional about removing barriers to collaboration and trust, which are essential ingredients to both productivity and the discovery of innovative solutions. They ensure that everyone can fully contribute their thoughts and ideas.

When women are unintentionally silenced, businesses miss out on the opportunity to capitalize on their unique perspectives. Remember, it’s the diversity of thought and unique perspectives that lead to the most innovative ideas. This phenomenon leads not only to a missed idea or two, but it also produces long-lasting consequences like disengagement, regrettable attrition and uninformed decisions.

More: Tips for Supporting Gender Equality in the Meetings Industry

The feeling that comes with being continuously interrupted results in many women feeling unheard. This experience is significantly exacerbating for driven high-performers confident in their opinions and determined to be heard.

As a result, they attempt to force their voices into discussions, which often does more harm than good. Frustration-fueled communications entangle many women into poor meeting performances that wrecks their brand and reputation. Getting overly worked up comes across as too passionate and emotional, which erodes others’ confidence in their abilities.

Frequent interruptions have a snowball effect on women’s contributions, confidence, reputations and upward mobility. Interruptions are micro-problems that create macro-issues.

To mitigate risks associated with interruptions, I recommend a tactic called “echoing.” It works like this: Imagine you’re in a meeting, and you hear a woman get interrupted. Say something like, “I noticed she got interrupted, but I’d like to hear the rest of her thoughts.” In a discreet way, it gives the floor back to the interrupted woman but also brings attention and awareness to the fact that she was interrupted.

Studies show that when we witness someone being mistreated, such as a woman getting interrupted or other injustices, our brains kick into self-preservation mode. We observe the unfair act and don’t get involved for fear our survival is at risk. Remember, our brains are wired for survival. Self-preservation is a powerful influencer over our actions. It’s just easier to do nothing.

We often witness inequality but don’t do anything to stop it because our mental chatter is likely yelling, “Save us! Don’t put yourself in harm’s way. Doing so will wreck your reputation and survival here. You’ll fall from grace with the dominants! Don’t get involved!”

Inclusive leaders have the same self-preservation thoughts as everyone else, but here’s the difference: They push beyond the mental noise and take a stand. They are not only motivated because it’s the right thing to do. They take action because if they don’t, their teams and organizations fail. They take a stand for inclusion just like they do for their company’s financials, brand, customer experience and all the other critical aspects that contribute to a healthy business.

Inclusion is more than a moral obligation; it’s a business imperative. McKinsey and Company’s recent study found that the average lifespan of companies listed in Standard & Poor’s 500 was 61 years in 1958. Today, it is less than 20 years. McKinsey believes that, in 2027, 75 percent of the companies currently quoted on the S&P 500 will have disappeared. Only the most innovative companies will survive. Inclusion breeds innovation. How can you not take a stand? 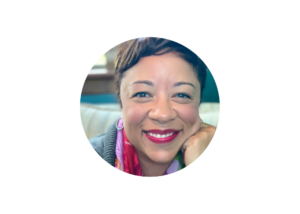 Author Melissa Majors is launching an Inclusive Leaders Mastermind peer group with growth-minded people leaders who want to actively work to build inclusive habits. She describes it as a “guilt-free space” where participation can be anonymous and psychological safety is paramount.

While we’re excited to welcome back face-to-face events, we know that attendees and companies require flexibility. This means virtual and hybrid events aren’t going away anytime soon. Here are 10 questions to get that conversation rolling.