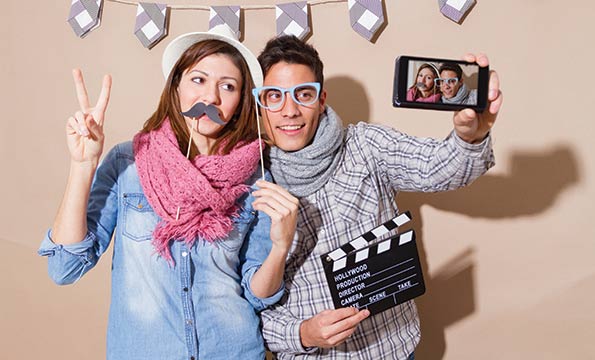 Some decisions are easy; for example, the daytime portion of your conference agenda follows a fairly standard template, just like wedding ceremonies do, so it’s usually not the most stressful part of things. The location should be pretty yet affordable, and there are dozens of hotels and ballrooms capable of being both. In both cases, people will love you if you can swing an open bar, but they’ll still be pretty happy as long as there’s a bar somewhere.

But then there’s the question of what to do for the reception. At a wedding, the real trick is figuring out how to play music that both the kids and grandparents will dance to. At a conference, the questions are more numerous and complicated: What if attendees don’t like the country-themed cover band you’ve hired? What if people miss the last bus and get stranded at the casino? Will you be liable if they get bitten by hermit crabs during the midnight beach volleyball tournament?

Finding an evening activity that will satisfy all of your attendees is often so daunting a challenge that many planners punt and let everyone find their own favorite restaurant or nightspot. And there’s absolutely nothing wrong with that. But if you’d like to close your conference with a bang that everyone will remember for all the right reasons, here are four ideas:

This is a great way to get people to talk to people they might otherwise never make the effort to meet. Print 25 to 50 cards for each attendee with his/her name on it. (Half of them will think they’re drink tickets; personally, I find hilarious the notion that any conference organizer would ever say, “Please, have 50 on us! That’s a responsible amount of alcohol to consume, right?”)

Designate a staff member or attendee as the secret networker, and before the evening social event, tell everyone that their job for the evening is to exchange cards with as many people as possible. The following morning, have the secret networker come up to the podium and use all the cards he/she collected as the only ones that will be put in for a giveaway. I’ve seen this at a few conferences, and it never fails to impress me how much people get into playing—including one conference with 150 farmers, 98 percent of whom were men and none of whom looked like they would enjoy playing party games.

The Photo Booth With Embarrassing Clothing

I’ve seen this a dozen times, and I always love watching professional men and women channel their inner teenager. People of all shapes, sizes, ages, colors and creeds freaking love putting on giant sunglasses, funny hats and fluffy feather boas, and then getting their pictures taken. You will get extra points if you take the time to compile some of the better photos—or even all of the photos—into a PowerPoint montage in advance of the next day’s opening keynote.

The best part about this one is that it costs exactly zero dollars. Simply tell attendees that the final night’s soiree will require a toga, and you’ll be amazed at how many people will happily swipe the sheets off their hotel beds to make it happen. Costume parties in general are fun; I’ve attended an Alice in Wonderland conference where multiple Red Queens and Mad Hatters competed for best costume, and also a “Wear Anything White” gala where staff wore angel wings and I looked like a blueberry in a sea of whipped cream because nobody told me the theme ahead of time.

The Drink and Draw

I saw this once: Fifty easels were set up with a small blank canvas and some paints. Onstage was a finished piece everyone would try to reproduce. An artist then re-created the painting while talking participants through the process. Drinks were available from the hotel bar—which helped liberate the artistic spirit. In the end, everyone got to keep their creation, and I heard plenty of non-participants lament their decision to sit it out.

So there you go! Give one of these a shot, and your next event will end with a bang instead of a whimper—or anyone getting arrested for public intoxication while on their way back to the hotel from their sixth bar. That happened at a conference I was at once, too.