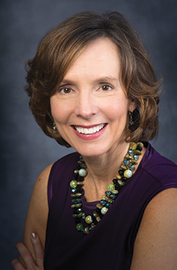 Public service has always been a strong motivator for Susan K. Neely, CAE. The Iowa native is president and CEO of American Beverage Association (ABA) in Washington, DC, the leading policy and public education advocate for the nonalcoholic beverage industry.

“In one of ABA’s signature programs, we entered a partnership with Alliance for a Healthier Generation and succeeded in reducing calories from our beverages shipped to schools by 90 percent. Former President Bill Clinton pointed to this initiative as a new paradigm for making a difference,” she says. “I love being part of new paradigms for good.”

A tireless volunteer, she currently serves as chair of the U.S. Chamber of Commerce Association Committee of 100 and president of American Beverage Foundation for a Healthy America, and is a director on the boards of the Global Child Nutrition Foundation and the U.S. Chamber of Commerce. She is also the immediate past chair of American Society of Association Executives’ (ASAE) Foundation board of directors. The first female president of the Washington Rotary Club and the University Club of Washington, DC, Neely was recently recognized as one of Washingtonian’s Most Powerful Women. 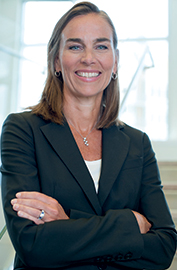 It is common for employees in the hospitality business to hop from company to company. Leeny Oberg is an exception. After a stint with Goldman Sachs, she joined the Marriott team in 1999 and has never looked back.

In January, she was promoted to executive vice president and chief financial officer of Marriott International, Inc., headquartered in Bethesda, Maryland.

“I love working at Marriott and in this industry,” says Oberg, who is credited with helping drive the company’s incredible growth. “I’m inspired by new opportunities for women to lead and contribute at our company, and across the economy.”

She points to Marriott’s Emerging Leader Program as a positive initiative for women that connects associates with mentors and helps them plan out their careers.

In her 16 years with Marriott and The Ritz-Carlton Hotel Company LLC, which is under Marriott’s umbrella, Oberg has held a variety of important executive roles, and has worked in the United States as well as abroad. Prior to her recent promotion, Oberg served as chief financial officer at The Ritz-Carlton, contributing to the brand’s performance, growth and organizational effectiveness.

Oberg holds an MBA in finance from Stanford University Graduate School of Business, and a bachelor’s degree in finance and management information systems from University of Virginia. When Oberg isn’t working, she enjoys running, swimming, hiking, biking and watching sports. 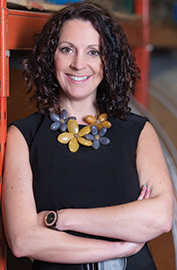 Leanne Andrecyk, CEM, demonstrated leadership traits at an early age. In addition to serving as emcee for neighborhood variety shows, the young Canadian orchestrated Friday night thrills for children in her uncle’s Corvette. “After supper, everyone lined up at the end of the driveway for a ride around the block. I conducted the experience like a Disney ride,” she recalls.

Andrecyk has translated her talent for organizing into a career as an event producer. As managing partner of ZedEvents great productions, a Halifax, Nova Scotia-based company, she oversees operations and creative design.

“Whether the need is an event for 1,000 people, lunch for two or my daughter’s school fundraiser, I love to deliver a superior guest experience,” she says. One of her goals is to bring professionalism to the events industry. She has long been associated with Canadian Tourism Human Resource Council, helping review and update national industry standards and testing. Andrecyk, who became a Certified Event Manager in 2010, was named Event Planner of the Year in 2013 by Meeting Professionals International (MPI) and currently serves as vice president of marketing and communications for MPI’s Atlantic chapter.

“Professionally, I feel proud of inspiring, engaging and connecting other people so that they can be doers, and make a positive difference in our industry,” she says. “The best part for me is when I leave, and the whole thing still works as if I was still there.” 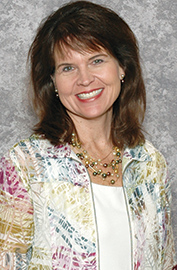 Women multitask, but few wear as many hats as Terri Woodin, CMP, CHSE. In addition to her full-time job at Meeting Sites Resource, where she is an executive meeting strategist, the Colorado-based superstar has served on Professional Convention Management Association (PCMA) and Meeting Professionals International (MPI) boards, spoken at IMEX, taught at Metropolitan State University of Denver and done volunteer work for Project Angel Heart and Children’s Hospital.

She has been praised for working hard, keeping her focus and developing a sense of community, and is committed to mentoring.

When she won $600 for volunteering the most hours at her local Rocky Mountain MPI chapter, she established a scholarship fund. “It enabled student members to network and participate at levels they would not have been able to otherwise,” she says.

A native of Chicago, Woodin graduated from The School of Hospitality Business in Eli Broad College of Business at Michigan State University, where she was recently named to the board of directors. 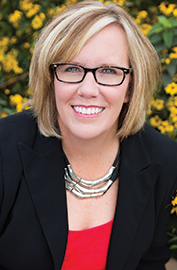 Shawna Suckow, CMP, who had been orchestrating meetings and events since 1992, saw a need for an organization to support industry veterans. In 2008, she founded Senior Planners Industry Network (SPIN) for those with 10 or more years of experience. Today the CAE-accredited organization boasts 2,700 event professionals who meet regularly. SPIN also offers seminars and CEU-accredited discussions.

“We are the world’s largest association of senior-level planners,” notes Suckow, who enjoys empowering others. “There are some challenges we can’t control, such as Zika or terrorism, but there are things we can tackle—like fixing the broken RFP process and improving audience engagement.”

Suckow, an in-demand presenter, consultant and author, was painfully shy as a child. “I like to help those with little confidence, like the young girl I once was, succeed and become leaders themselves,” she says.

Formerly terrified of public speaking, Suckow has successfully overcome her fear. As an in-demand presenter and consultant, she has spoken on five different continents and published two books: Planner Pet Peeves and Supplier Pet Peeves. She is also the recipient of a host of industry awards.