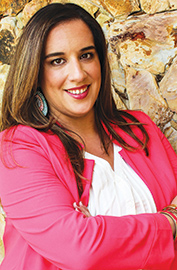 It seems a lifetime ago that Jennifer Lucio Vargas was a public relations and meetings professional living in Washington, DC. Those were the days she longed for Cuban culture and cuisine back home in Miami. And they were just the circumstances Vargas needed to propel her to where she is today.

Ten years ago, Vargas made the leap to start her own company, 305 Communications and Events, and she couldn’t be more proud of what she’s accomplished. During her tenure, she has planned numerous galas, receptions, workshops, briefings and multiday conventions with thousands of attendees. VIP guests who have attended her events include President Barack Obama, Congress members and ambassadors.

Vargas is especially grateful for her success within the Hispanic community and her background as a child of immigrants. “My parents came to this country with the clothes on their back and not knowing English,” Vargas says. “Watching them constantly go after their goals was motivating and an amazing learning experience.”

Vargas received a Bronze Anvil from Public Relations Society of America for her work, and was the only Latina recognized at the CSE Women of Excellence Awards. During her tenure, she has planned numerous galas, receptions, workshops, briefings and multiday conventions with thousands of attendees. VIP guests who have attended her events include President Barack Obama, former President George W. Bush, Congress members, ambassadors and foreign heads of state. 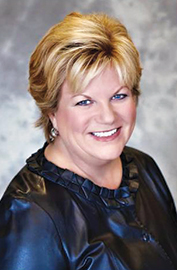 For any woman who doubts she can start her own business, Patti Palacios is here to say it can be done. Palacios is the president and CEO of GlobauxSource, a strategic meetings management company in Plano, Texas. Her team handles site selection, contract negotiations and partnership arrangements with destination management organizations as well as other services and vendors—all with a client-centric focus.

“I am most proud of starting my own company, GlobauxSource,” Palacios says. “We have an extraordinary leadership team that has the passion and ability to move our company forward each and every day.”

Palacios is passionate about making GlobauxSource a premier company, and believes she has risen to where she has as a result of her dedication to advance the meetings industry. Palacios is the past president of Site TX and sits on the advisory board for Host Global Alliance DMC Company. She has spent 39 years in the hospitality industry, including vice president of HelmsBriscoe, a meetings procurement and site selection agency, for the past 18 years. 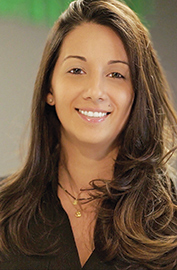 Jessica Gonzalez faced a dilemma nearly everyone has experienced. Her cellphone battery was constantly draining, and she would often desperately search for an electrical outlet—until one day, when she came up with a brilliant solution.

From scratch, she constructed a stand-alone cellphone charging station with its own built-in marketing display. Gonzalez, choosing to receive no aid from outside investors, self-funded her new invention. She eventually founded InCharged LLC, a New Jersey-based technology startup of which she is the founder and CEO.

Today, InCharged offers the fastest-charging kiosks on the market. All stations are customizable and offer a plethora of branding opportunities. The charging stations are extremely popular at trade shows, conference and events, and offer businesses premium advertising services without taking up a lot of space. InCharged products include InFuse and InBox, which can charge up to 12 devices alongside branded skins and HD screens. InBox can be placed on a table or virtually any surface.

Before launching her company, Gonzalez was the creative director for IBeverage Group, LLC and was founder and CEO of Adopt a Creative, a creative development agency that works with small businesses and Fortune 500 companies.

Gonzalez has a degree in advertising design from the Fashion Institute of Technology and graduated in the top 5 percent of her class in an MIT entrepreneurship program. 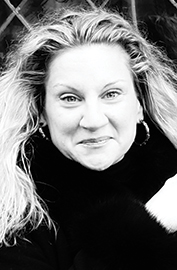 From a young age, Christy Lamagna knew that she wanted to be in charge. As early as kindergarten, she couldn’t stand disorder of any kind, and took it upon herself to organize classroom games. From then on, Lamagna saw herself as a leader with a big impact and an even bigger purpose.

When she joined the meetings industry 20 years ago, event planning was in the early stages of becoming a recognized profession. Lamagna knew that the industry had potential to grow and wanted to be part of its evolution. In 2001, she started her own event planning firm, Strategic Meetings and Events, in Greater New York City to produce corporate meetings and events worldwide. And last year, Lamagna launched SME Displays, a trade show and displays company.

Accolades have certainly rolled in. Lamagna has been recognized as an Enterprising Woman of the Year by Enterprising Women, named one of New Jersey’s Top 25 Women Entrepreneurs and Business Owners and received the SUNY Oneonta Alumni of Distinction honor. Lamagna was recently featured in an American Express Open business owner spotlight, where she shared her story and experiences as a business owner.

But she hasn’t stopped there. Lamagna has an active hand in the meetings industry’s future, teaching two university-level courses on event planning. She also runs an online mentoring and coaching program to share her passion for achieving goals and inspiring others to do the same, regardless of their field or profession.

Lamagna is on the board of directors for Agahozo-Shalom Youth Village, which helps youth orphaned during the Rwandan genocide. She is also an active contributor to Heart for Honduras and Valorclinic.org, a foundation that provides aid to homeless veterans. 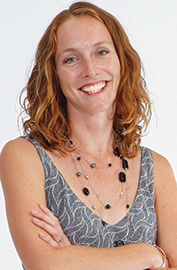 She’s been a business developer, cafe owner, software company manager and mentor. Marie-Claire Andrews is about as enterprising as they come. The self-proclaimed girl geek left the United Kingdom 15 years ago and has since made a name for herself in New Zealand’s tech sector. Andrews is the CEO of SmartShow Ltd., which created ShowGizmo, one of the oldest and most well-regarded event apps on the market.

With Andrews’ tireless stewardship, ShowGizmo has served more than 1,000 events around the world. The customizable app is truly globalized—it offers several language formats and can synthesize data across all events to determine what is popular among attendees from different countries.

ShowGizmo is just one example of Andrews’ commitment to deliver superior products and results. Andrews is a champion strategizer who devotes countless hours to mulling over her options and executing a plan. From moving her company forward to renovating a 60-foot fishing trawler into a furnished floating home, Andrews takes on all of her endeavors with a burning tenacity to get the job done.

“I believe that getting things done and making a change to move the world around me forward, even just a little bit, is my responsibility every day,” she says. “I also believe that not doing something is the worst decision you can make—it’s apathetic and just a little bit mediocre. So any step forward is always a good step.”