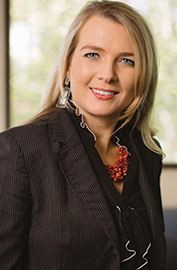 After serving the Albuquerque Convention and Visitors Bureau (ACVB) for 15 years, Tania Armenta was promoted to president and CEO in January 2016, and as a native New Mexican, she takes special pride in serving.

“To a significant degree, my passion for Albuquerque and New Mexico fuels my desire to take action and make progress as a destination,” she says. “That passion converts to high energy, along with a strong commitment and belief in the CVB’s work.”

As a longtime leader of the ACVB team, she has helped it to stay at the forefront of destination marketing through implementation of best practices, cutting-edge ideas and proven strategies that showcase Albuquerque as a desirable destination.

Her work isn’t confined to the CVB, however. Armenta has served as a board member for Tourism Association of New Mexico, New Mexico Museum of Natural History and Science, Savor Albuquerque and New Mexico’s Region Six Tourism. She has won a host of awards and accolades, including New Mexico’s Tourism Professional of the Year in 2012 and one of New Mexico Business Weekly’s 40 Under Forty in 2004.

“Tania is a forward-thinking and proven marketing leader known for building partnerships to reach goals, as well as developing strong and talented teams that have received numerous international, national and local awards,” wrote ACVB Senior Digital Marketing Manager Audrey Johnson in a letter nominating Armenta for Smart Women 2016. “But most importantly, she has driven significant economic generation for the area.” 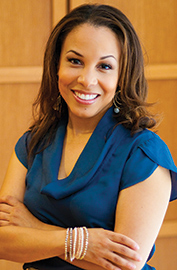 Monica Grinage-Prince, CMP, CMM, is particularly excited to be recognized as a doer.

“I just absolutely love that,” she says. “At a very young age, I was the child who once I set my mind to accomplish something, I would make it happen. I didn’t know then that this strength would be such a complement to how I work today.

“I thrive off of making a plan, working the plan and checking it off my list. My motivation as a doer is natural, or even spiritual. I believe I can do all things: If I mess up, I believe it just provides me with a second chance to get it done right.”

Grinage-Prince has more than 12 years of experience in proven strategic event management. Since February 2009, she has served as event program manager for International Facility Management Association in Houston. She’s helped to successfully launch conferences internationally and nationally, with rotations in Canada, Asia and United Arab Emirates.

A recipient of a bachelor’s degree in mass communications from Tennessee State University, Grinage-Prince serves on the Houston chapter board for Meeting Professionals International (MPI) and the Education Proposal Review Task Force for MPI Global.

Though a high achiever, she doesn’t believe in creating to-do lists.

“I believe in and work at a ‘get it done’ list in my professional and personal life,” Grinage-Prince says. “These two lists—work, electronically housed in my outlook tasks; and personal, nicely written in a spiral goals binder—are the drivers in how I get things done.” 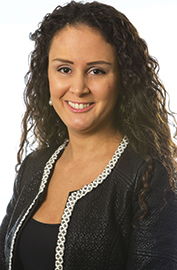 When Patricia Perez-Sahin was director of the Dominican Republic Ministry of Tourism, she was challenged to change the island’s reputation as a low-cost, all-inclusive destination.

“It took a complete shift in the way we were doing things and a new mindset—that, along with the support of the government and a group of upscale hotels, allowed me to help change that perception, which still is a work in progress, but we are certainly way ahead of where we were five years ago,” she says.

Perez-Sahin then was challenged to conquer the meetings and incentive market, at a time when it wasn’t a priority of the ministry of tourism and local resorts, and after accomplishing her ambitious goals, she transition to the Hotel side, and most recently became part of Prestige Global Meeting Source, based in Miami Beach, Florida.

“My new goal is to expand beyond the DR, and bring all my experience and relationships to contribute to the continued success of Prestige, in order to help the company grow their business in new and emerging markets,” she says.

While Perez-Sahin has built a strong resume as a doer, she is most proud of encouraging this work ethic in others.

“Professionally, I feel proud of inspiring, engaging and connecting other people so that they can be doers, and make a positive difference in our industry,” she says. “The best part for me is when I leave, and the whole thing still works as if I was still there.” 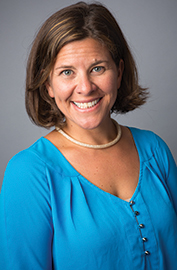 Amanda Young has been a mover and a shaker at GE Healthcare since she began serving as its Americas events leader in 2011.

A resident of Charleston, South Carolina, she manages the Milwaukee-based company’s Strategic Meeting Management program and leads its largest event, Centricity Live, which grew by 50 percent in 2015. Young also serves as an industry speaker, focusing on the importance of event technology and ways for professionals to enhance their careers.

Young says that she is inherently a hard worker, but that being a strong doer also requires organizational skills.

“Enjoying work and working hard is something that is natural to me—it’s a family trait,” she says. “But what I’ve learned is the skills it takes to succeed in this industry. You can work nonstop if you want, but I have learned how to prioritize all the requests I get for one meeting. This has helped me grow in my career, and not burn out.” 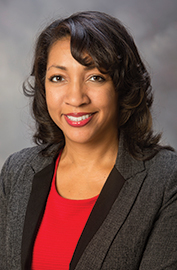 Though selected as a doer, Evelyn Hall also successfully embodies the attributes of innovator. At Time Warner Cable in Texas, she excels as a meeting planner and executive assistant to the Southwest Territory president, and often lends a hand with creative cross-functional projects that benefit the entire organization.

She became fascinated with administrative work at a young age, and went on to receive a bachelor’s degree in business administration and management from New Mexico State University Alamogordo. Hall then began working at Time Warner Cable, serving as engineering coordinator from 2003 to 2006 before being promoted to her current position.

“I get things done by aligning myself with positive people, who are also doers; I never try reinventing the wheel,” Hall says. “I’m known as the gatekeeper in our executive office. Obstacles don’t stand much of a chance to get off the ground, because I’m very proactive.”

One of her keys to success is maintaining a positive attitude.

“I face the world each day with contagious joy. I believe that nothing great was ever achieved without enthusiasm,” she says.