When Forbes declared last year that Boise is the fastest-growing metropolitan area in the United States “by nearly every metric that matters,” it identified three reasons: a rapid rise in population, employment and home prices.

The City of Trees is also now much more of a meetings magnet as planners discover new, attractive features that have been added during this growth spurt, as well as many that have existed under the national radar for quite some time.

During a fam trip this year, Smart Meetings experienced first-hand many of the reasons why Boise is now such a hot option for planners looking for a dynamic, midsized city to host their meeting.

It’s adjacent to Boise Centre, with 86,000 sq. ft. of flexible meeting space, and connected to the 5,400-seat CenturyLink Arena, home of the ECHL’s Idaho Steelheads professional hockey team and host to other sporting and entertainment events. Meeting spaces are available for rent at the arena. 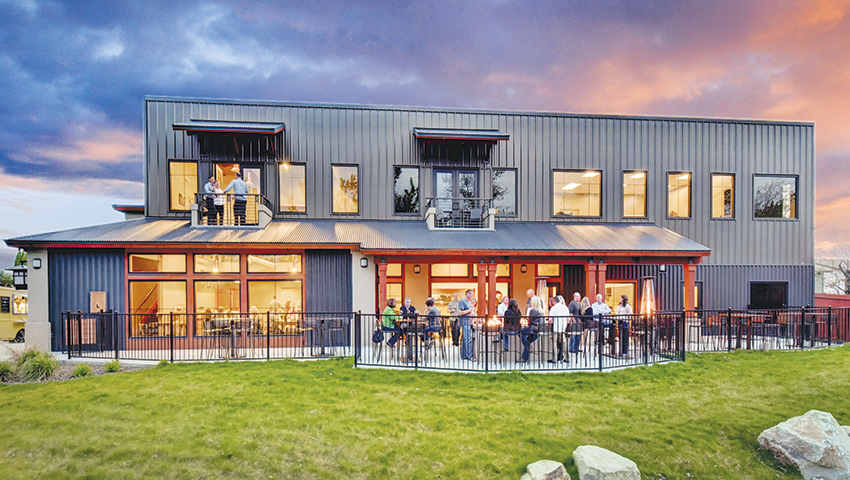 One of the most memorable meals on the trip was a four-course dinner at Boise Centre, prepared by its culinary team. The first course featured a delicious seared diver-harvested sea scallop, honey- and orange-braised fennel, celery root puree, creamed spinach and fried leeks. The last course was a mouth-watering vanilla-lavender panna cotta with toasted pound cake, grilled peaches, honey and flowers.

Another wonderful meal was provided by Cascade River & Kayak. It included a marinated flank steak and chicken breast slow-cooked over a river-rock grill, served with a four-cheese Idaho potato tart, green beans tossed in an orange-sherry butter, and Walla Walla sweet onions slow-roasted with olive oil and a splash of balsamic vinegar.

The wine-lovers in our group particularly enjoyed a tasting at Telaya Wine Co., overlooking the Boise River. Located in Garden City, which is virtually surrounded by Boise but retains its own municipal government, Telaya features Idaho and Washington wines. It also has its own wine production space, as well as gathering areas that can accommodate up to 150.

Telaya is located along the 25-mile Greenbelt, a tree-lined walking and cycling pathway that follows the Boise River through the heart of the city and provides close-up views of scenic natural settings and wildlife habitats, as well as access to many of the city’s riverside parks.

Most groups meeting in Boise are surprised to find that it is home to some 16,000 Basques, making it one of the largest Basque communities outside of Spain. A strong dose of their culture can be experienced on the Basque Block, located downtown and comprised of two former boarding houses, Basque Center (with 6,432 sq. ft. of rentable space), Basque Museum and Cultural Center, Bar Gernika, Leka Ona Restaurant and Hotel, and The Basque Market. Special festivities are scheduled throughout the year.

On the final day of the trip, we embarked on one of Cascade River & Kayak’s river rafting excursions of the Payette River. We participated in the Half-Day Splash, a three-hour, class II-III trip that had its share of thrills navigating white-water rapids. It’s suitable for people of all ages and skill levels, and is a great team-building activity. Cascade offers several other rafting and kayaking adventures, which can include meals such as the one mentioned earlier.