2017 is off to an awesome start thanks to these properties

The $1.4 billion MGM National Harbor in Maryland was christened in December on the banks of the Potomac River. The meeting center and entertainment resort features 53,000 sq. ft. of event space, including a 16,137-square-foot ballroom with floor-to-ceiling windows that overlook the Potomac.

“Our resort will offer groups flexible space as part of a stunning venue and overall experience,” says Sheila Hession, executive director of sales for MGM National Harbor. “MGM National Harbor will provide a resort destination unlike any other on the East Coast.”

Renaissance Reno Downtown Hotel will immediately become a key meeting property in Nevada’s third-largest city when it opens in March. The former Siena Hotel Reno is undergoing sophisticated upgrades, but will still feature an enviable location adjacent to the Truckee River and stunning views of the Sierra Nevada Mountains. There will be 214 guest rooms and suites, and 32,000 sq. ft. of meeting space, including a 6,200-square-foot ballroom. The property has its own bocce complex, including seven indoor courts and two outdoor courts, with event space for up to 1,500.

Hotel LeVeque, in the heart of downtown Columbus, Ohio, opens this month, taking over six floors in the historic 47-story LeVeque Tower. When the tower was built in 1927 by Charles Howard Crane, it ranked as the tallest skyscraper between New York City and Chicago and the fifth-tallest building in the world. The architectural treasure is still the city’s most recognizable and photographed feature. A part of Marriott International’s Autograph Collection, Hotel LeVeque has 149 guest rooms and suites, and three small event spaces for up to 71.

In what has been described as the biggest development ever in its city, Wyndham Grand Clearwater Beach on Florida’s Gulf Coast will be open to guests Jan. 24, with 343 luxury guest rooms and suites and 22,000 sq. ft. of meeting space.

The resort, designed to showcase the area’s renowned beaches and sunsets, will feature a full-service spa, outdoor pool and access to local attractions and entertainment venues. It also boasts the largest ballroom in Clearwater Beach, offering 10,632 sq. ft. and space for up to 800 guests. 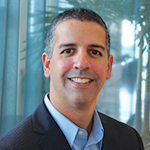