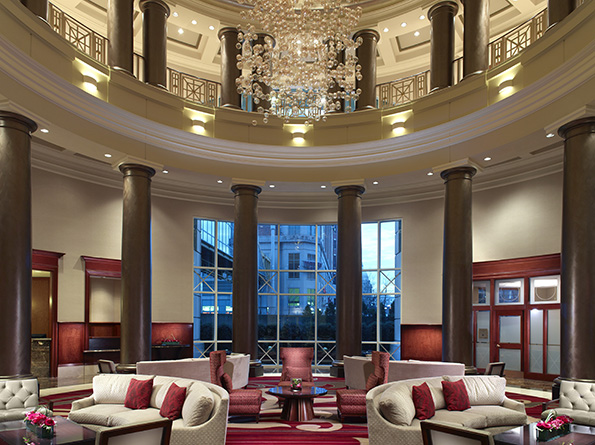 The Omni Providence Hotel in Rhode Island completed a multimillion renovation earlier this month, including upgrades to its lobby, meeting spaces, indoor pool and coffee shop.

Connected to the Rhode Island Convention Center, the Omni features 564 guest rooms and suites and 22,877 sq. ft. of meeting space spread out among 20 rooms. Its downtown location is near historic attractions, gourmet restaurants, upscale shopping and entertainment.

The renovations include new furniture and carpeting in the lobby, which offers unobstructed views of the Capitol. Meeting space was also redecorated, with breakout rooms and ballrooms receiving new wall coverings and carpeting. New artwork was commissioned for the hotel, including two pictures of the Newport Bridge and Point Street Bridge.

“The Omni Providence had some wonderful detailing in place when we started the project,” said Billie Thorne, CMMI lead designer on the project.  “Our goal was to provide a current and sophisticated feel while maintaining and enhancing the classic detailing found throughout the hotel.”