Another fad diet won’t keep the Covid pounds off dieting

“I need to socially distance myself from the kitchen!” screamed one of the many memes about putting on the pounds during lockdown and quarantine days. Now, as many of us are putting a toe back into a work shoe and returning to the office, we’re realizing that the shoe fits but little else in our office wardrobe does.

Coronavirus fat shaming is not cool, of course, especially when it comes to the estimated 30 million Americans who suffer from an eating disorder (per ANAD, the National Association of Anorexia Nervosa and Associated Disorders). Yet it comes down to a practical question: Do I really want to spend all those hundreds of dollars on a closetful of new work clothing, or can I at least try to shed some of this weight?

For most of us, shedding means dieting. And, often, dieting means the latest fad, from Atkins to keto to Noom. Dieting and weight loss in this country are a $70 billion-plus behemoth—and you already know the really sad part. Diets fail 95 percent of the time, according to studies.

Have you ever considered there might be another way? 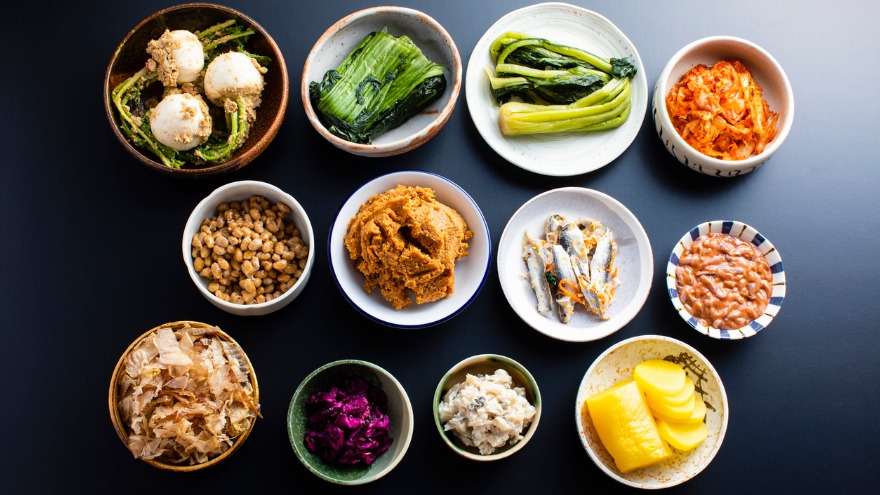 Instead of focusing on how to diet, focus on how to eat.

On the Japanese island of Okinawa reside some of the healthiest people in the world. It’s a so-called Blue Zone, one of the five places where people live the longest. Okinawans have one of the lowest rates of heart disease, cancer and strokes. They also have hara hachi bu, which translates from Japanese as “eat until you’re 80 percent full.” A Japanese proverb goes, “Eight parts of a full stomach sustain the man; the other two sustain the doctor.”

See also: Find Your Ikigai: The Japanese Method to Happiness and Meaning

Ancient Confucian and Ayurvedic medicines had similar dictums, as did Zen teachings.

A more modern approach is known as “intuitive eating.” It’s been around for several years, with an updated version of the seminal guide, Intuitive Eating: A Revolutionary Anti-Diet Approach, in 2020. In its foreword, author Evelyn Tribole (a dietician) and Elise Resch (a nutrition therapist), write:

“If you are like most of our clients, you are weary of dieting and yet terrified of eating. Most of our clients are uncomfortable in their bodies—but don’t know how to change. Intuitive eating provides a new way of eating that is ultimately struggle-free and healthy for your mind and body. It is a process that releases the shackles of dieting (which can only lead to deprivation, rebellion and rebound weight gain). It means getting back to your roots—trusting your body and its signals.”

To do that, we need to learn to tell the difference between actual and emotional hunger. The former is our body’s need for nutrition and energy. The latter is brought on by boredom, loneliness and other emotional needs—in other words, it’s reach for the cookie or potato chips time. Followed, of course, by guilt and self-loathing.

Listening to Your Body 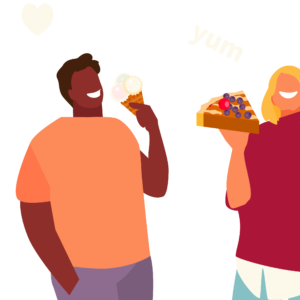 The book lays out 10 key principles, the most refreshing of which is that we should get rid of ideas about what you should or shouldn’t eat—as long as you don’t overdo it and listen to your body when it says it’s full. Although nutritional density in foods does matter, obviously, a slice of pie or a deep-fried snack isn’t going to kill you. Overindulgence based on emotional hunger might, over time.

Again, the Japanese have devised a clever workaround. Scientists have determined that it can take up to 20 minutes to feel full once we start eating. A popular Japanese habit is to eat slowly and mindfully, then pause after 10 or 15 minutes to let your sensation of fullness catch up. When you’re comfortably full, stop. This is said to be an effective way to gauge that 80 percent level, too.

More than 125 studies since Intuitive Eating was first published have validated that we have the ability to perceive physical sensations that arise from within the body—known as interoceptive awareness—which is the underpinning of intuitive eating. And among the major benefits, reports the website Healthline, is better psychological health: “Participants in intuitive eating studies improved their self-esteem, body image and overall quality of life while experiencing less depression and anxiety.”