Stop worrying about millennials. That’s the advice of meetings veteran Mike Dominguez for event professionals struggling to design gatherings relevant to a new generation of attendees. As chief sales officer for MGM Resorts International, he has seen a lot of approaches to engaging people, and he has learned that the year on a birth certificate is less relevant than the measure of how they connect in person and on social media. It makes sense. The group loosely herded under the banner of millennial includes everyone between age 18 and 34—some 75 million people—and it’s a diverse lot at that. Treating them all as if they had the same hopes and desires is no more effective than treating all men as if they rooted for the same team, or women as if they all wanted the same coffee drink. If, instead, planners take advantage of evolving technology to get to know how their attendees actually behave—and then design personalized experiences around that—audiences of all ages will be better served.

Lessons from the Future

Independent conference venue association IACC surveyed 180 planners from four continents and found that what they call the “meeting room of the future” is not one meeting room for 20-somethings and another for 50-somethings. It is a flexible, interactive place that allows learning and interaction to occur in profound ways for everyone. IACC CEO Mark Cooper shared insights from the study.

Don’t make assumptions based on birth years. The first thing the research showed is that responses from different age groups were not different enough to be statistically relevant. Respondents of all ages said they craved more inclusive experiences. Older attendees may not have been the ones tweeting that they wanted more interaction in their meetings, but they love it when it is delivered. As an example, Cooper points out that Starbucks isn’t filled only with millennials. Even those who didn’t grow up with expensive, personalized coffee hang out there. The same is true with adopting the sharing economy, wellness trends and personalization in its many forms. People across generations have embraced, and been influenced by, early adopters.

And forget everything you have heard about millennials being anti-social because they do everything on their devices. It turns out IACC’s research shows millennials crave face-to-face meetings—even as they have heads down toward their screens. Many of them work remotely and look forward to personal interaction. Cooper, a remote worker himself much of the time, says, “A meeting is like a quick fix; my batteries are recharged after a meeting.”

Cooper advices embracing change. Engaging in ways often identified with millennials has been greeted by older peers who say, “We wish we had done this years ago.”

Break it down. Delegates today are looking for high-impact, memorable experiences. Some 80 percent of interviewees in the IACC study said their role now involves creating more experiences than it did two to five years ago.

That requires shaking up the agenda. Instead of scheduling an hour in an auditorium listening to a speaker with everyone facing the front, break it up every 15 minutes or so using light, detached seating that lets your group discuss the topic in smaller settings.

Cooper compares this approach to Christmas morning when a 12-year-old interacts with grandma around the dining-room table. Everyone, not just the 12-year-old, grows from the experience.

He suggests spending as much time on debate as lecture. Encourage contention and friction with a discussion that is less scripted. One way to do that is to share information before the meeting so the face-to-face time can be focused on solving problems, rather than disseminating facts.

Manage expectations. Don’t surprise people with new formats and agendas. Let them know what you have planned and alert them if things might be different than last time. The messaging also needs to explain why. Understanding benefiting makes it a lot easier to adapt.

Like many human traits, resistance to change is ageless. A planner’s job is to help attendees of all ages embrace new ways of interacting, learning and growing.

Leverage technology. Instead of banning cellphones from a presentation, leverage the power of interactive apps to get immediate feedback on what is important to people, what they want to explore further and what is not working.

The challenge: You can’t build your app on an operating system more sophisticated than the oldest one in the room. (Ask about this on registration forms.) Integrating virtual interaction in the format also makes your meeting vulnerable to internet outages, so consider alternatives if connectivity is lost. The upside is that everyone feels heard and included.

Make personal development a content focus. Holistic learning was identified as a priority in this year’s survey, and is especially important for younger audiences. The good news is that bringing attendees of all ages and career levels together facilitates organic cross-mentoring—those who have hard-earned industry knowledge can share their approaches to problem solving, and learn from those with experience outside the industry or with new technology. Everyone benefits.

Feed the need for collaboration. Food is universal across all ages. Amping up the impact of food and beverage offerings is a way to create an experience without really increasing costs. “Culinary-based team building is a great leveler,” Cooper says. Preparing and presenting food can bring together generations that share a love of celebrity chef programs and enjoy the experience of working together to create something nourishing.

Measure creativity versus productivity. Measuring what people do is a lot easier than measuring how they do it, but also less meaningful. In a world where event surveys are becoming simultaneously more ubiquitous and less reliable, how do you determine what is working? Cooper suggests measuring experiences based on level of interaction. Use tracking and artificial intelligence advances to take real-time snapshots to determine how people feel about individual sessions, speakers and formats. Digital listening can track sentiment expressed on social media. And wearables can help planners understand people’s moods, actions and behaviors.

The key, Hurt says, is designing with different personalities in mind—in addition to planning for diverse expectations based on age. Networking functions are great for extroverts, but everyone can benefit if they are designed to feel welcoming to all. “We have to design events so people of different ages, race, religions, etc., can come together and cross the divide,” he says.

One suggestion: Reframe the goal. Instead of networking for a business card or hand up, help people network for ideas. Instruct attendees to find someone in the room who is not in their social group, someone they might not normally walk up to, and ask them what they have learned in the last six weeks. Then encourage them to discuss the significance of these learnings. “It is a very different experience than asking what you do,” Hurt says. It’s less intimidating—and a great conversation starter. Multiple studies have shown innovators seek out people not like themselves, and are genuinely open to learning.

An opening reception should be a marker for what attendees can expect over the next few days, so making it interactive sets a tone. “Think transformational, rather than transactional,” Hurt says. “Move from disseminating information to doing something with it, applying it.”

His idea of an ageless planner mantra is “informing, knowing, doing.”

Embrace both experienced planners and fresh faces in the crowd. Everyone has a lot to offer, says Jeff Hurt, executive vice president of education and engagement at Velvet Chainsaw Consulting. “We need to get out of the habit of using chronological age as a marker of function, particularly for conferences,” he says.

As people live and work longer, they can bring color and vibrancy to meetings. AARP calls these active contributors “perennials.” Hurt likes to use the term “next audiences” to describe changing expectations across ages. Planners who create opportunities for people of all ages to contribute will benefit from this larger audience.

Hurt suggests starting with the leadership team, which needs to be diverse. “We need to honor all generations, so that a millennial coming in with a new idea is given as much validity as someone older,” he says. All these points of view can result in a well-rounded understanding of the audience. Hurt stresses that in order to deliver meaningful content, planners need a complete picture of audience needs and aspirations. “What keeps them up at night and what gets them up and out of bed in the morning? Design your program around that,” he says.

The meeting industry is not immune to disruptions that shake up everything from banking to shopping and driving. Some of the new conclaves on the calendar may have something to teach planners of all ages. 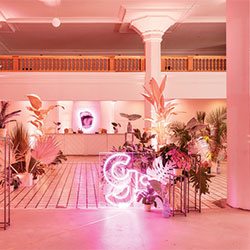 WHAT IT IS: Billed as a Noah’s Ark of ambition, the gathering of female influencers, thought leaders and mentors led by author and Nasty Gal founder Sophia Amoruso brought together more than 1,100 visionaries with the goal of “changing culture.” The next meeting of mavens goes down in Los Angeles in April.

WHAT IS NEW: A digital ticket allows anyone to binge watch on demand from any device with access to Girlboss Gang, a private Facebook group and networking space. 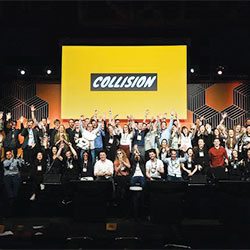 WHAT IT IS: The same mindset that birthed Web Summit in Ireland now draws 11,000 people to New Orleans for a massive networking explosion. The next detonation will go off at Ernest Morial Convention Center in New Orleans at the end of April.

WHAT IS NEW: The “engineered serendipity” is achieved with help from a team of computational physicists, applied statisticians and engineers. 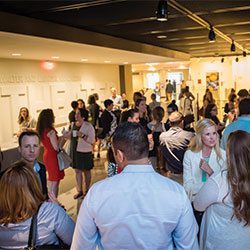 WHAT IT IS: This gathering of “people who give a damn about social change and are ready to take action” is where Achieve releases its annual Millennial Impact Report, but it draws a diverse group of 20,000 activist entrepreneurs to investigate new ways to address company culture, increase transparency and innovate to celebrate diversity.