When Fawn Germer went searching for a book on how to be effective as a strong woman in a male-dominated environment, she came up empty. So, she took it upon herself to interview famous women leaders and trailblazers to glean their mentoring wisdom, and write a book.

“The women I interviewed kept talking about risk-taking and obstacles, and that inspired me to quit my job [as an editor] to write the book full time,” she says.

The book, Hard Won Wisdom, was rejected by every major publisher in the United States, but she persevered. It eventually was published by Penguin Group on the day before 9/11, but then she faced another obstacle: Penguin canceled her author tour. Nevertheless, the book became a best-seller, and she began writing letters to Oprah Winfrey, seeking an endorsement.

Twenty-nine letters later, one of Winfrey’s producers became interested. Winfrey then featured Germer’s book and three of the women she wrote about on her talk show.

Germer now has written eight books, the most recent being Work-Life Reset. The books provide an ideal vehicle for Germer to integrate her writing ability with her passions. She has received four Pulitzer Prize nominations for her investigative work in newspaper journalism.

Winfrey’s endorsement of Hard Won Wisdom helped Germer to launch her speaking career. She has spoken in countries throughout the world, frequently delivering keynote addresses to Fortune 500 companies and major associations and organizations. She speaks on general leadership, women’s leadership, work-life balance and several other topics.

“I love my work,” Germer says. “When I was a journalist, everything was negative. As a speaker and an author, everything is positive. I write in solitude, and by the time I get on stage, I am ready to roll. I am not a phony, know-it-all speaker who gives the same speech over and over. I’ve been up, down, winning and losing—just like [the audience]. But I have expertise, humor and energy that draw people in and inspire them to live more boldly.”

During her career, she has experienced and observed the struggles of professional women—but has been encouraged by positive changes.

“So many things have changed,” she says. “Women used to wear awful suits with really stupid satin bows—as if they needed some sort of tie like the men wore. Women used to compete against other women instead of competing against men, too. Opportunities for women were so limited, and if one woman got a job or promotion, it meant the others didn’t.”

She says that at some point, women realized they should stop fighting each other, and instead work together to gain more opportunities. Now, she notes, there are more women CEOs than there were 20 years ago, but in Fortune 500 companies, just 4 percent of the CEOs and 11 percent of the officers are women. 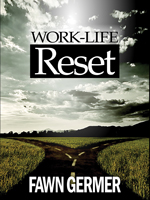 Germer laments that many women still aren’t being paid as much as men who work in the same positions and that they continue to have to fight for equality.

“That said, I happen to be one person who sees great hope for how far women have come in my lifetime,” she says. “The problem is that women don’t see the discrimination until they are much further along in their careers, or much higher on the totem pole. So, they haven’t been pushing hard for parity. They didn’t know what they had to protect or what they had left to conquer.”

Calling Out to Planners

Germer is keenly aware of the under-representation of women in leadership positions. Five years ago, she was ranked among Facebook’s Top 30 Leadership Gurus, one of two women ranked.

“I’ve been ranked every year since,” she says. “Now there are three women. Wahoo!”

She appeals to planners to step in and help.

“There are so many great women speakers out there, and they have a set of challenges that they shouldn’t still face in 2017,” she says. “I realize this is controversial, and I’m holding my breath saying it because I don’t want to get tagged with some troublemaker or whiner label that will cause me to lose business.

“But I posted my reaction to the lack of women on the guru list on Facebook, and was surprised to hear back from dozens of other women speakers. Finally, we started talking our truth.”

Germer is disappointed that women speakers are still competing against each other for the limited speaking opportunities set aside for them, despite generally doing an excellent job.

She asserts that less than 30 percent of the U.S. population is white and male, but the lineups at most conferences include far more white men than women and minorities.

“You can change this,” she tells planners. “When you have a chance to diversify the speakers at your event, see who’s out there and, every time you can create a more diverse platform, go for it. Help clients to stop thinking of the token minority and women slots, and fill all of them with great speakers and perspectives that are more representative of our broad society. You’ll have a much more vibrant and memorable conference.”

Fawn Germer offers the following suggestions for women who aspire to be leaders in the workplace.

1. Support other women, and they will support you.
2. Make sure others know what you are doing. Advertise your skills and goals. The biggest mistake women make is expecting others to recognize and reward their hard work.
3. Go for things you think you cannot get. You will surprise yourself over and over again.
4. Stop being so hard on yourself. If everybody has a self-esteem issue, the issue is not real!
5. Have a full and meaningful life. Your job will not love you back. Set boundaries for balance and don’t apologize. It is your life.
6. Dare! If you aren’t failing a little, you are nowhere near your limits.
7. Make peace with having uncomfortable conversations. They take three to 15 minutes, and save you untold hours of stress and worry.
8. You are your own greatest asset. Bring your authentic self to work.
9. Give up on your need for perfection. It wastes time. Excellence is good enough.
10. If you aren’t having fun, you’re doing it all wrong.