How Navigating 2,000 Miles of Icy Water Relates to Business

Matt McFadyen used to live life on the edge. In his youth, the rugged Australian was drawn to extreme adventure challenges such as conquering the North Pole and navigating yachts through dangerous ocean water. Although his single mother was a world traveler who supported his escapades, she is probably relieved that her now 34-year-old son has embraced a tamer career.

Today McFadyen is a public speaker who shares with business groups the valuable lessons he learned battling nature. The New York-based orator has presented to a wide variety of Fortune 500 companies, including PricewaterhouseCoopers, Hewlett Packard, Nestle, Unilever and Visa International. He will speak at Smart Meetings’ New York event on May 10.

Background of an Adventurer 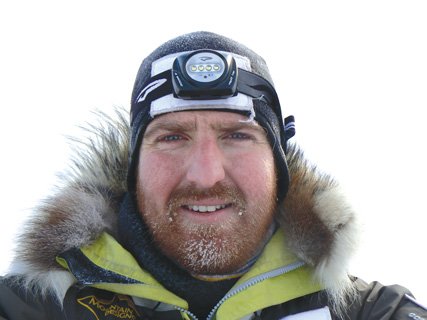 Growing up in Sydney before the advent of video games, McFadyen admits that he and his older brother spent a lot of time outdoors. He believes this fueled his sense of adventure. After graduating from high school, he took a year off to backpack around the world. He wound up meeting a trailblazer interested in putting together a sailing expedition to Antarctica. McFadyen was chosen for the team, and instead of going to college, his higher education came in the form of eye opening encounters with Mother Nature.

That adventure required two years of preparation. In 2004, McFadyen and four other Australians set sail for Antarctica aboard a 43-foot yacht. The 54-day excursion took them across the Great Southern Ocean, one of the most dangerous bodies of water on earth. For days on end, hurricane-strength storms engulfed the small yacht. On the return journey, 1,000 miles from land, a 50-foot wall of water appeared out of nowhere, flipping the yacht and tossing the crew into the icy waters. Miraculously, they all survived the near-fatal capsize, but the harrowing experience had a profound effect on McFadyen.

“I almost died; we had said our goodbyes to each other,” McFadyen recalls. “I was a naive 22-year-old who returned home with a very different outlook. I realized that life is an amazing gift. And I returned with a much deeper respect for the environment.”

Rather than shy away from adventure travel, however, he embraced it. In the years that followed, he embarked on another long-haul sailing adventure to Antarctica, and made three expeditions to the North Pole—setting a record as the youngest Australian ever to reach it.

How Extreme Adventure Relates to the Workplace

In his talks, McFadyen draws similarities between his extreme travel adventures and everyday business. “In both cases, you need a clear and compelling goal that must be communicated to all participants,” he says. “You also need a team to execute it.”

He stresses the importance of teamwork. In his first journey to Antarctica, having the right team turned out to be crucial to survival. Although 150 potential recruits (including an 80-year-old grandmother) applied to join the expedition, the skipper chose just four sailors to accompany him—each of whom possessed different strengths and skills.

“Everyone brought something unique to the table,” McFadyen says. Similarly, he says that in business, carefully built, diverse teams help drive success. In both cases, he teaches, strong leaders are needed to provide direction and support.

On three polar adventures to the North Pole, he battled ice drifts and weathered temperatures that dipped to minus 45 degrees Fahrenheit. It took a lot of fortitude. He notes that in business, a similar sense of perseverance is needed to build resilience and lead teams through challenge, change and ambiguity.

Other lessons from McFadyen include accepting the fact that there will always be challenges, and being flexible and open to change. “The ocean is constantly changing; an iceberg will make you stop and revaluate,” he says, adding that the same is true in business. “Change is the new norm. But we have to lead change, not just manage it.”

The Beauty of Failure

According to McFadyen, failure is inevitable. Rather than despair, the key is to learn from mistakes. He speaks from personal experience. The adventurer and a teammate spent two years preparing to row, sail and drag a 17.5-foot boat across 3,000 miles of icy water in the Northwest Passage. The pair set off with high hopes, but after bearing 41 days of frigid temperatures and severe conditions, they decided to call it quits. McFadyen could have perceived it as a lost cause, but as an optimist, he views it differently.

“On paper, it was a failure. But lots of positives came out of it,” he says. “We crossed 2,000 miles of uncharted water that no one had ever crossed. It was more about the journey than the destination.”

For more on Matt McFadyen, visit his website at mattmcfadyen.com. To learn about Smart Meetings’ New York event, visit smartmeetings.com/events.

Many industries were severely impacted by the pandemic, including the event industry. As a result, what once was common in the world of corporate and social events, may no longer be. Here’s a veteran planner’s advice on dealing with all the uncertainty.

Results from a Healthy IMEX Challenge