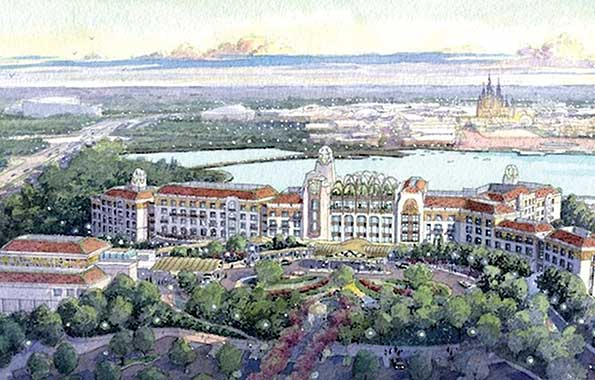 Millennials have been dominating the hotel scene, but one lot of hoteliers—who else but Disney?—is already looking at the next generation.

Enter the Toy Story Hotel in Shanghai. The hotel will form part of the Shanghai Disney Resort (Disney’s sixth on the globe). Be warned—this is full immersion: The exterior will be done up to resemble the clouds and sky wallpaper of Andy’s bedroom.

The 800-room Toy Story Hotel will “immerse guests in a world inspired by the toys from the Disney Pixar series of Toy Story animated films,” according to Disney. The 420-room Shanghai Disneyland Hotel will be “art nouveau style, with a touch of Disney magic and imagination.”

Disney is as tight-lipped about the interiors as the pricing, but in China things move quickly—both are scheduled to open in December 2015. disneyparks.disney.go.com