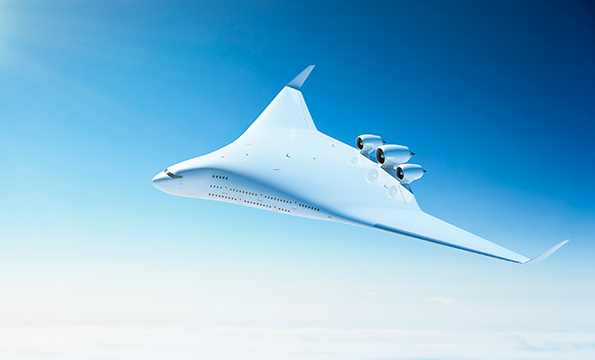 Spanish designer Oscar Vinals has devised a zero emission aircraft that could actually take to the skies in the next 15 years. His futuristic-looking, triple-decker design would be able to hold 800 passengers. Like a hotel, it would feature shops, restaurants and rooms.

The aircraft, dubbed AWWA-QG Progress Eagle, would be powered by hydrogen engines, a wind turbine and solar panels. The zero emission jet would produce 75% less noise than traditional planes.