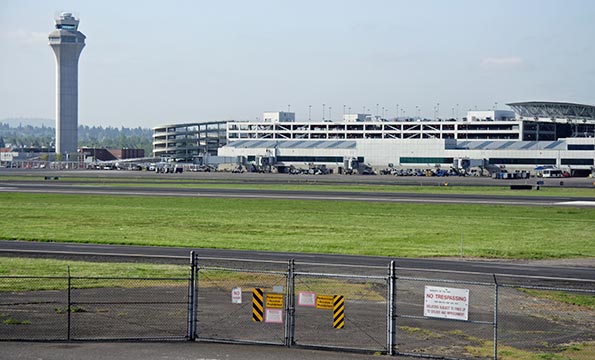 Portland, Oregon, has hired 40 goats to clear a five-acre patch of weeds and other invasive plants from Portland International Airport (PDX.) They have also hired a llama—not to eat the blackberry and thistle—but to protect the goats from predators such as coyotes. A solar-powered electric fence will keep the animals safely on the property for the three weeks it is expected to take for them to munch through all the greens.

KGW.com reports that the goats are not the only animals working at the Oregon airport; a dog named Fish keeps geese and other large birds off the runways; and 29 hives of bees call PDX home. According to Jelisa Castrodale of Road Warrior Voices, Portland is not the only airport to use goats as groundskeepers. In order to protect two endangered species living on the property, San Francisco International Airport (SFO) rented 400 goats in 2013 to clear brush and create a firebreak. Chicago’s O’Hare International Airport (ORD) and Atlanta’s Hartsfield-Jackson Airport (ATL) have also employed goats and sheep in the past to chew through high grass and brush.