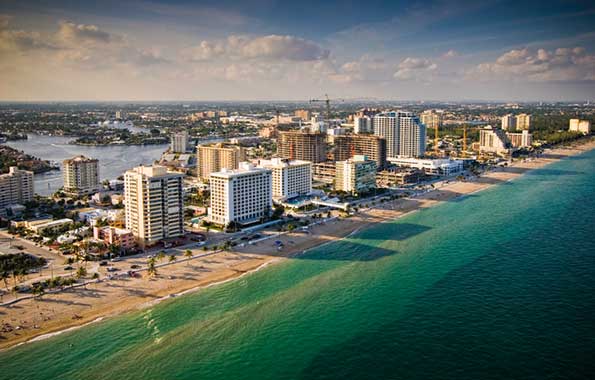 The Sun Sentinel reports that a 23-story, Four Seasons Hotel & Private Residences, is planned for 1.8 acres along Fort Lauderdale beach. The structure will feature 150 hotel rooms and 95 residences. Construction is expected to begin in 2016 and be completed by 2018 according to the developer, Fort Partners of Miami.

The beachfront project site is located at 521 to 529 N. Fort Lauderdale Beach Blvd. Currently, Avalon Waterfront Inns and Tropic Cay Hotel occupy the site, but they plan to vacate it this year.

It is reported that the Four Seasons project will include separate hotel and residential lobbies, as well as separate hotel guest and resident swimming pools, and several restaurants. Additional amenities will include poolside cabanas and beach club, spa, fitness center, children's recreation room, ballroom and meeting facilities. The private residences will range from 800- to 6,000-square-feet, and feature one to three bedrooms. Prices for the units have not been released.

Toronto-based Four Seasons, whose hotels are renowned for refined service, has more than 30 hotel properties nationwide. In Florida they have the Four Seasons Hotel Miami and the Four Seasons Resort Orlando at Walt Disney World Resort.

"This gives us a great opportunity to expand the luxury offerings for visitors to Broward County. The brand itself trumpets potential growth in the luxury market," Grossman told the Sun Sentinel.