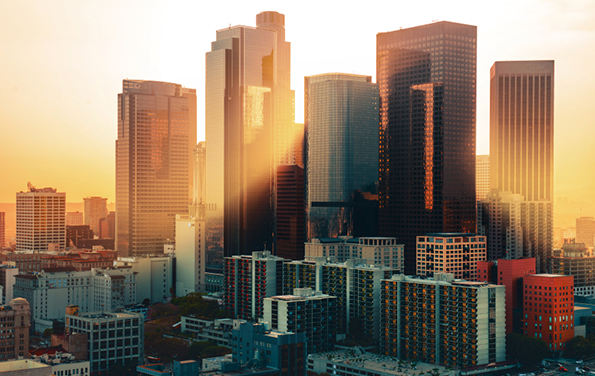 The owner of the St. Louis Rams football team is collaborating with the owners of a 298-acre space in Inglewood, California, to build a stadium there that would be part of a multiuse complex.

Stockbridge Capital Group, owner of the Hollywood Park thoroughbred racing site, already had planned to convert the area, which closed in late 2013, into a mixed-use community. After collaborating with Rams owner Stan Kroenke, plans now call for the area to include a stadium with up to 80,000 seats as well as 890,000 sq. ft. for retail, 780,000 sq. ft. of office space, a 300-room hotel, 2,500 residential units and 25 acres of parks, playgrounds, pedestrian and bicycle access, and open space.

The project, called the “City of Champions Revitalization Project,” needs to be approved by voters, and signature gathering will soon begin to put an initiative on a 2015 ballot. If approved, and if environmental requirements are met, the Rams could relocate to Los Angeles for the 2016 season, but would need to play in existing stadiums in the area before the new one opens in 2018.