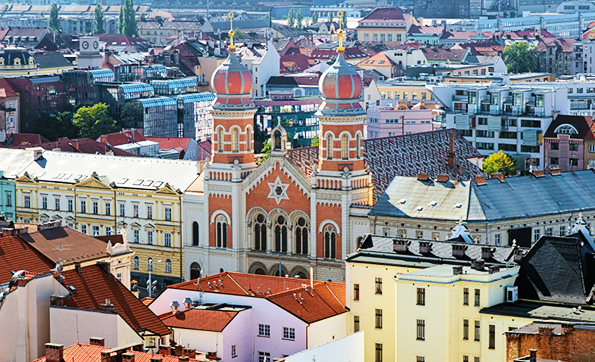 The city officially inaugurated as the European Capital of Culture for 2015 is… Plzen. The western Czech Republic city introduced golden pilsner lager to the world in 1842. It is still well known for its beer, as well as its football, ice hockey clubs and industry.

Plzen kicked off its celebration of culture in a central square in town with an opening show featuring 150 local and foreign artists. The AP estimates that 15,000 people attended.

At least 600 more cultural events, including concerts, exhibitions and performances, are in the works for the upcoming year. The programs are under the artistic leadership of Petr Forman, son of movie director Milos Forman.