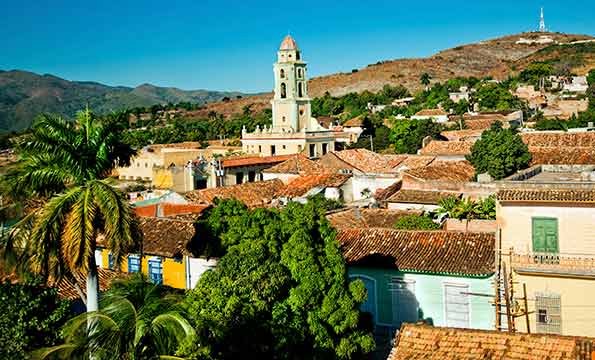 The online home-rental service Airbnb has announced that it will list more than 1,000 properties in Cuba, making it easier for U.S. planners to arrange group trips.

Starting April 9, U.S. travelers will be able to use Airbnb to book lodging at the properties. Some 40 percent of them are in Havana, with the rest in tourist destinations such as Cienfuegos.

An influx of U.S. travelers to Cuba is expected to create a lodging crunch in Cuba, but a growth in casa particulares (private homes)—which offer bed-and-breakfast-style options ranging from small apartments to multi-room beach houses—will help to address the issue.

Also, although dozens of websites such as TripAdvisor have listings for lodgings, most provide only phone numbers or email addresses for property owners rather than the speedy online booking and guaranteed reservations that Airbnb will offer.

For now, only U.S. travelers will be able to use Airbnb, and due to continuing restrictions under the U.S. embargo, the company’s Cuba listings will be available only to travelers visiting under one of 12 categories that have been approved by the U.S. government. Meeting groups fall under one of the categories.

Amendments to the United States’ Cuban Asset Control Regulations, which became effective Jan. 16, state that professional meetings and conferences are allowed, providing that the purpose of the meeting is not the promotion of tourism in Cuba. The manuscript also states, “Travel in this category is generally licensed, provided that the traveler’s schedule of activities does not include free time or recreation in excess of that consistent with a full-time schedule.”

Nearly all U.S. travel to Cuba previously required individual licenses from the U.S. Treasury Department, but now, basically an honor system is used in which travelers fill out a form stating they are going for one of the approved purposes.

This is the latest development stemming from improved relations between the U.S. and Cuban governments. In February, New Jersey-based IDT Corp. and Cuban state telecoms firm ETECSA agreed to facilitate direct phone calls from the United States to Cuba. Previously, calls needed to be routed from other countries, including Spain and Italy.

Also, MasterCard and Netflix now provide services to Cuba, although most credit-card issuers still prohibit transactions from Cuba and few residents there have connections that are fast enough to stream Netflix.