Winning big was never easier in Atlantic City. Thanks to a thriving wellness culture in this seaside New Jersey hot spot—spas, music therapy, beach yoga and combinations of all three—you’re almost guaranteed to leave a meeting, event or weekend retreat mentally and physically richer. Plus, there’s always blackjack.

Did we mention the more than 1.8 million sq. ft. of total meeting space, 17,500 hotel rooms, world-famous boardwalk, and host of big-time musical acts and traveling Broadway shows at Hard Rock Hotel & Casino Atlantic City? Yeah, an AC itinerary basically writes itself, and built-in free time (a crowd favorite among attendees) is never unwelcome. But the best part is delighting and surprising groups with the opportunities to relax, recharge and heal between breakout sessions.

Here’s a glimpse at how to live your best life in Atlantic City. 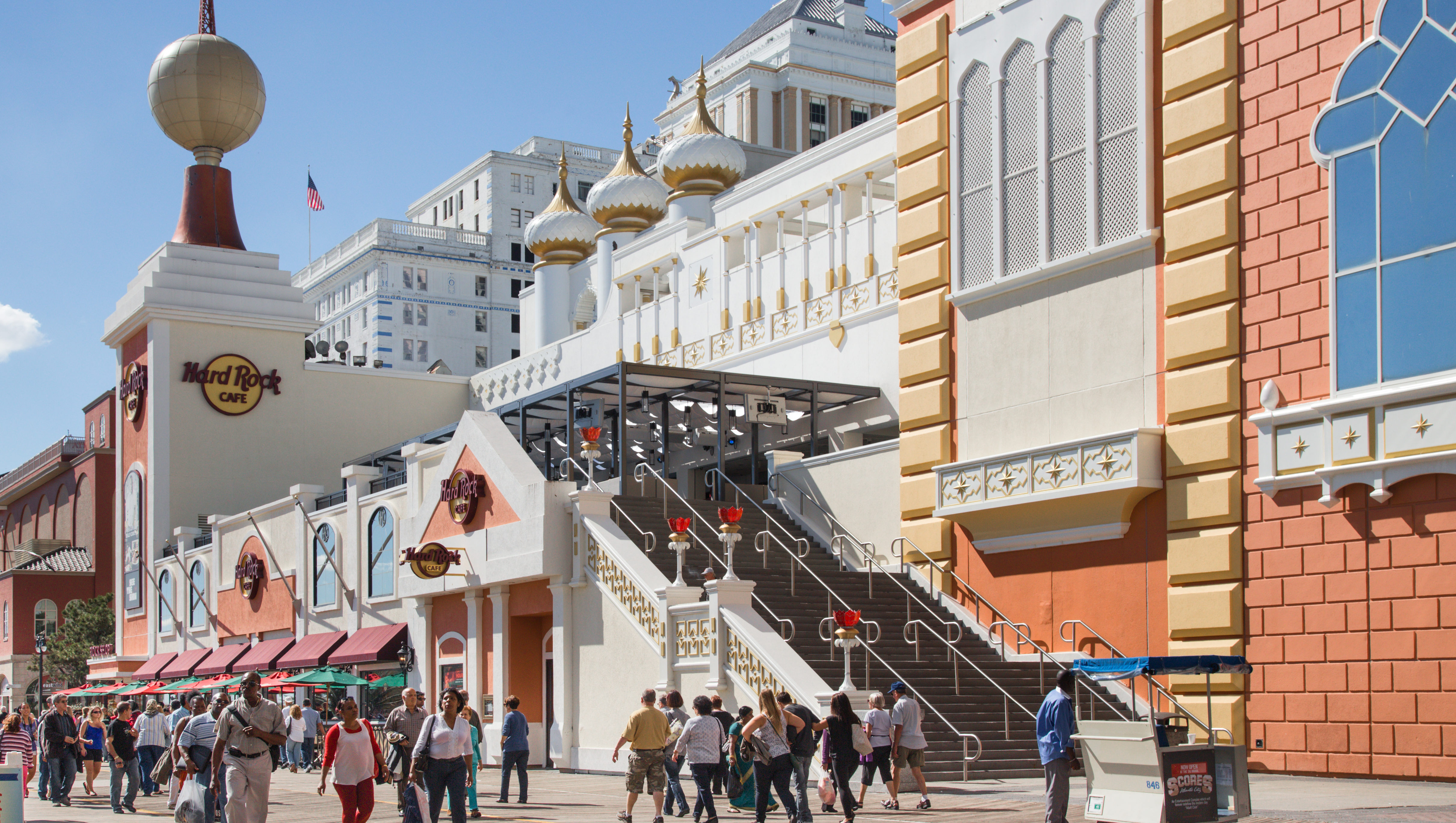 When it comes to meetings, Hard Rock Hotel & Casino Atlantic City gets a standing ovation. It’s home to 2,000 guest rooms (including oversized suites), more than 150,000 sq. ft. of meeting and event space, and Etess Arena, which doubles as a stage for world-class entertainers and a general session venue for up to 7,000 guests (or 300 or more booths for trade shows and expos).

Three ballrooms, multiple meeting rooms, an expansive outdoor deck and a nightclub can also be rented out for everything from conferences to intimate board meetings and private concerts. There is, of course, a 120,000-square-foot casino floor, as well, stocked with slots, table games and live music in every corner.

Hard Rock puts guests front and center stage for music therapy with its Sound of Your Stay program, which delivers customized play lists, Crosley turntables, iconic vinyl discs and even Fender electric guitars to participating guest rooms. And then there is Rock Om, an in-room program offered by the hotel’s fitness center, which delivers a new, musically intertwined yoga experience to guests’ doors.

Resorts Casino Hotel, a Mohegan Sun property, features 65,000 sq. ft. of meeting and event space, nearly 1,000 guest rooms and an 83,000-square-foot casino. Its ocean views and meeting spaces are complemented by the hotel’s Margaritaville Cafe and LandShark Bar & Grill, the city’s only year-round beach venue, which are available for buyout and are perfect settings for themed, outdoor and beachside events for up to 500.

Hard Rock’s dining options range from upscale dining and wine selections at Council Oak Fish to a chef-selected tasting menu (based on preferences and allergies) at Japanese-inspired Kuro, to counter-service sandwiches at locally revered White House Subs. Off-site options include Cafe 2825, with old-school Italian dining (and tableside offerings, such as pasta served up from inside a large cheese wheel). Made Chocolate, located a jitney ride from the boardwalk, treats groups to hands-on chocolate-making experiences and tasty choco-infused cocktails.

After your attendees have checked off strolling the world’s first-ever boardwalk, taking in the lights on the amusement-filled Steel Pier and cruising down the harbor from your list, they can take advantage of the many wellness options that give Atlantic City its jeuge.

To begin the day, organize beachside yoga or a meditation walk starting from Hard Rock Beach Bar, or treat attendees to a spa experience at Rock Spa & Salon, with 31 newly designed treatment rooms, a luxury co-ed pool with heated hydrotherapy tubs, a sauna, a steam room and a full-service salon.