Plan to have charging stations handy at all times for meetings in Los Angeles, because attendees will need to juice up throughout the day after snap, snap, snapping away. In the land of fame, fortune and excess, people will most certainly play paparazzi to document their time. 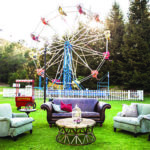 Malibu Conference Center at Calamigos Ranch is a rustic and chic locale straight out of a 130-acre Pinterest paradise. The on-site cafe has a lake with complimentary paddleboats, a giant chess board and photo ops galore. There’s an assortment of private event venues throughout the property, including a field with an old Ferris wheel, and Calamigos Guest Ranch and Beach Club offering team-building activities. #calamigosguestranch #iamcalamigos #malibu #thebu

Academy of Television Arts and Sciences 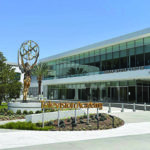 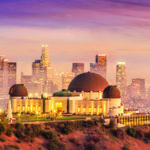 See real stars in Los Angeles through the mighty telescope at beautiful Griffith Observatory (make sure to get an Instagram shot with the iconic Hollywood sign in the background). Meetings cannot be held at the observatory, but this is a great side trip for meetings in Hollywood, Burbank or Downtown Los Angeles hotels, such as Millennium Biltmore Hotel and Ace Hotel. #griffithobservatory 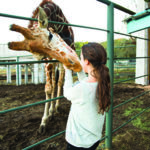 Stanley the giraffe is one of Malibu’s most famous residents. He has 26,000 Instagram followers. Tag him in a selfie at Malibu Wine Safari on Saddlerock Ranch. The property has five venues, with the largest accommodating 500 guests, situated among vineyards, exotic animals and breathtaking views of the Santa Monica Mountains. #malibuwinesafari #stanleythegiraffe #malibuwines #saddlerockranch #roseallday #yeswayrose 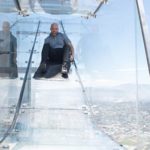 This isn’t for the faint of heart! The transparent 45-foot Skyslide at Oue Skyspace LA connects the 70th and 69th floors of US Bank Tower almost 1,000 feet above downtown. The “terrace for the team” experience includes the slide, dinner with the chef, a string quartet and a helicopter tour of the city. There’s 13,000 sq. ft. of meeting space available for a buyout. InterContinental Los Angeles Downtown is in the vicinity. #skyspacela #intercontinentallife 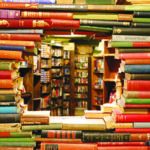 Peek through a circle of books at the whimsical The Last Bookstore in downtown. It has 6,000 sq. ft. of event space for a dinner reception or guest speakers. It’s California’s largest used and new bookstore, with 250,000 titles and tens of thousands of vinyl records. Nearby are JW Marriott Hotel Los Angeles L.A. Live and The Ritz-Carlton, Los Angeles. #bookworm #readingisfundamental #indiebookstore #jwlalive #rcmemories 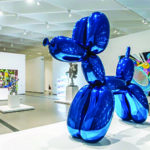 Honey, I shrunk the guests! Downsize your meeting with an after-hours group visit to The Broad museum for more than 60. Take a pic of artist Jeff Koons’ Balloon Dog or walk “Under the Table” of Robert Therrien’s oversized dining set. Area hotels include Omni Los Angeles Hotel at California Plaza and The Westin Bonaventure Hotel & Suites. #dtla #attheomni 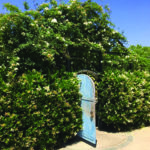 The Huntington attracts 750,000 visitors annually. There are many photogenic locations throughout the gardens and estate grounds. Meeting professionals can select from 30 venues for private affairs. For accommodations, check out the statement-making The Langham Huntington Pasadena, Los Angeles. #lovinglangham #pasadena 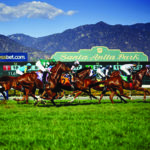 Odds are, your event will be a winner at Santa Anita Park. The racetrack can accommodate groups big and small with 1 million sq. ft. of function space. #offtotheraces #giddyup #winnerscircle #horseracing #thegreatraceplace 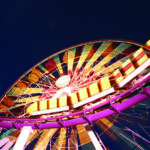 You’ve seen it on screen, so why not get a pic on the famous Santa Monica Pier Ferris wheel? Make childhood dreams come true by renting out the entire amusement park! The event pavilion offers 3,600 sq. ft. Also along the Pacific Coast Highway, Annenberg Community Beach House is available for groups. Two go-to hotels for planners are Hotel Casa del Mar and Shutters on the Beach Hotel. #santamonicapier #shuttersonthebeach #etchotels #lhwtraveler 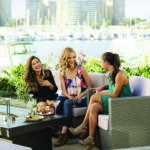 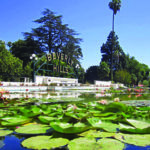 Masses of people gather daily at the Beverly Hills sign on Santa Monica Boulevard for a quick snapshot. Across the street, The Wallis Annenberg Center for the Performing Arts in the historic former post office is available for select rentals. Rodeo Drive is also within walking distance. Area hotels include Waldorf Astoria Beverly Hills, Montage Beverly Hills and The Beverly Hilton. #90210 #liveunforgettable #waldorfmoment #montagememory #beverlyhilton 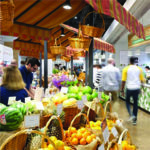 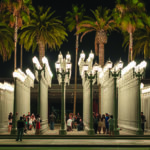 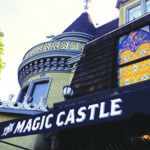 Magic Castle is one of the hottest tickets in town. The members-only club features shows by the world’s top magicians. A strict no-photo policy is enforced inside, so snap a shot before entering. Buyouts for groups of up to 500 guests are available. The Hollywood Roosevelt, Loews Hollywood Hotel, W Hollywood and Dream Hollywood are nearby. #abracadabra #cardtricks #doyoubelieveinmagic #palaceofmystery #hocuspocus #awonderfulplace #dreamhollywood 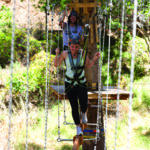 This might be a job for your GoPro! Catalina Island is but a ferry ride from Long Beach, and if your group is looking to swing like monkeys, Catalina Aerial Adventure ropes course just debuted as a team-building activity. The island has four main meeting venues—Catalina Casino, Catalina Country Club, Catherine’s Terrace at Descanso Beach and Descanco Beach Club. #catalinaisland #visitcatalina 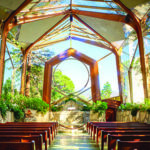 If you want to offer your meeting guests a place to pray, try Wayfarers Chapel in Rancho Palos Verdes. Entirely enclosed by glass and surrounded by greenery, worshippers will be transported to a tranquil place for spiritual connection. It looks like it’s straight out of a fairytale forest. #wayfarerschapel #secretplaces #ranchopalosverdesca 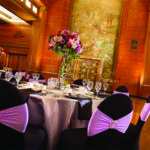 Make Long Beach your meeting’s port of call aboard The Queen Mary. The historic docked ship has 80,000 sq. ft. of meeting and conference space, and 355 state rooms and suites to stay overnight. The Aquarium of the Pacific is within walking distance and is available for private events among sea creatures. #qmcomesalive

Toronto pulses with commerce and international culture and is home to an emerging affinity for earth-friendly initiatives, outdoor venues and natural pleasures.