With organizers and promoters Ja Rule and Billy McFarland currently facing a $100 million lawsuit, Fyre Festival will go down in history. It will be remembered for promising an ultra-luxurious festival experience featuring Coachella-style Instagram photo opportunities, but instead presenting guests with a chaotic mess of ghastly amenities and furious party-goers.

The festival, which was slated to run April 28 to 30 and May 5 through 7, charged between $1,000 and $12,000 per ticket (not including VIP packages that ran for $250,000). However, the event was abruptly cancelled at the last minute—after guests had already traveled to the festival site, which just happened to be a remote island in the Bahamas with one small airport.

On April 27, when attendees arrived at the island, Great Exuma, they found flimsy, half-constructed tents and morsels of bread, cheese and lettuce instead of the well-appointed rooms and top-notch catering they had been promised. As ticket holders grew tired of the conditions, many made the decision to leave that same day—but found they couldn’t, because the airport was closed for the night. The next day, the organizers admitted defeat and cancelled the event, causing a rush of crowds trying to leave the island all at once.

McFarland and Ja Rule have already been hit with two lawsuits, and more may come. To add insult to injury, they have reportedly been banned from holding another event in the Bahamas. However, at least some valuable event-planning lessons have emerged from the rubble.

The origin story of this festival may have been a bad omen. As the story goes, McFarland and Ja Rule accidentally came across the Exumas when their plane ran out of gas during a trip from New York to the Bahamas. They both “immediately fell in love” with the island, despite knowing that it “didn’t really have great infrastructure,” Rolling Stone reports. Other shortcomings included the few transportation options and lack of portable water and sewage lines.

Although the “remote private island” was initially presented as a unique paradise, even described in the Fyre Festival’s promotional video as “once owned by Pablo Escobar,” a Columbian drug lord (which certainly raises some eyebrows), the elements of this dreamy perspective remained far-fetched and entirely irrelevant to organizing a music festival – especially one of Fyre Festival’s magnitude. As the organizers chose novelty over concerns about comfort and well-being, safety hazards quickly became evident.

Event attendee Brett Linkletter reports to People, “There was a makeshift concierge tent where someone was supposed to show you to your room, but no one was there,” adding, “Someone even lit their tent on fire because they were so pissed. From a girl’s perspective, it’s kind of sketchy because the tents don’t lock up [and] everyone’s drunk—it’s just not a safe environment at all.”

2. Influencer marketing can be VERY effective

Influencer marketing may be just about the only thing these event organizers got right. The Fyre Festival’s promoters sold their high-priced tickets by enlisting the world’s best social media influencers. Some of the most popular models today, such as Bella Hadid and Emily Ratajkowski, were flown down to the Exumas to lap up the luxury. They then leveraged their large followings on social media. The models raved about the tropical paradise, even though it is quite underdeveloped.

This influencer marketing campaign definitely worked as intended. In December 2016, 400 major influencers from various sectors posted the festival logo on their Instagram accounts. As a result, people bought tickets before the lineup was even arranged.

In the age of social media, you can’t hide. Any blunder, especially at a high-profile event, will undoubtedly be documented and circulated throughout social media instantaneously.

During Fyre Festival, an attendee going by the alias William N. Finley IV chronicled the poor conditions. His posts went viral and other attendees subsequently jumped into the conversation. In fact, he attained a surprising amount of social media fame just by showing the underbelly of Fyre Festival’s failure.

The many shared—and reshared—images from Fyre Festival also reveal the dual nature of this reality. Visuals matter, a lot. If your event has beautiful settings, food and other elements, the event has guaranteed earned media. But if your event is on the other end of the spectrum, don’t be surprised when that’s shared all over the internet, as well.

Here's the dinner they fed us tonight. Literally slices of bread, cheese, and salad with no dressing. #fyrefraud #fyrefestival #dumpsterfyre pic.twitter.com/NmNXakSFlq

4. Don’t bite off more than you can chew

On January 12, about four months before the event,  the organizers released a brief ad on YouTube showcasing  clear blue waters, luxury yachts, jetskiing and models prancing around in bikinis. The video promised the very “best in food, art, music and adventure.” Thanks these images, expectations were set very high and too many tickets, which Rolling Stone reports ranged from $5,000 to $250,000, were sold.

The discrepancy between attendees’ expectations and the reality was recognized well before the event’s scheduled date. When reporters who had actually visited the island raised concerns during the planning stage, Ja Rule remained unfazed. “To living like movie stars, partying like rock stars!” The rapper allegedly toasted to moving forward with the event, according to a New York Magazine article.

To make matters worse, McFarland and Ja Rule tried to keep attendees distracted with an open bar for as long as possible before admitting defeat. Perhaps the most infuriating part of this situation is that it could have been prevented, or at least made more manageable, if the organizers had been honest—with both attendees and themselves.

Fyre Festival could have been cancelled much earlier, when it first became clear that the site would not be ready in time. If the planners had acknowledged their shortcomings, they could have even come up with effective back-up plans that might have prevented the festival’s outright cancellation. Instead, the organizers waited until April 28, when some attendees had already been on the ground for a full day, to announce the cancellation. 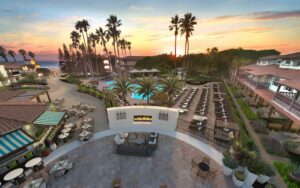