Will 2019 be the year you leverage social media to make your events safer, more compelling and downright fun? A new survey shows that planners are missing opportunities to connect, sell sponsorships and build community.

Smart Meetings contacted Michael Burns, executive vice president of global sales and marketing at Aventri, for tips on how to leverage all that traffic for events. He shared that most event professionals use social media for marketing, but are not completely utilizing the advantages of each platform, such as page traffic, comments and clicks to the event website. Ignoring these metrics can lead to missed opportunities for the event and the company.

Here are the internet and social media trends planners need to know for 2019. 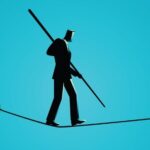 More often, companies are dealing with tragedies ranging from public relations scandals to natural disasters. Burns stresses that event planners can no longer avoid social media if they want to be prepared for a crisis.

“Most attendees walk around events with immediate access to social media. What better way to reach them if a crisis arises? Social channels are also a great way to share vital information and updates quickly with the greater community beyond your event,” Burns says.

Burns urges event planners to be proactive and transparent because all comments made on social media can be used as an official statement. If a company is open and honest during a crisis, attendees and followers will be more likely to continue trusting the company rather than immediately distancing themselves from the brand.

Post-crisis is also an important time to be active online. “During a crisis or a period of negative press, many organizations go dark. That’s a mistake,” Burns says. “Best practices call for getting ahead of the story and engaging directly with your community.” 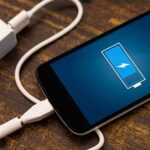 Nothing is more annoying than when you try to access content on your smartphone and it does not run properly, fit on the screen or does not load at all.

According to WeAreSocial, 3.722 billion internet users access the web through a mobile device, that is 49 percent of the human population. With most internet users consuming social media through their mobile devices, it is important their content is operational on a mobile format. If not, planners could be losing opportunities for potential attendees and sponsors.

The report from WeAreSocial and Hootsuite shows that in January 2018, Facebook dominated the list of top social media platforms with 2.17 billion active users. YouTube followed with 1.5 billion users, showing the rise of video and audio formats. The Aventri and Little Bird Told Media report found that 90 percent of participants use Facebook. Twitter was the second most used app at 71 percent. That makes both platforms effective ways to reach potential participants, even post-data breach.

Facebook recently streamlined event advertising with the reintroduction of search ads. Experts recommend linking Twitter and Instagram to Facebook to expand reach efforts. Creating an event on Facebook keeps attendees engaged leading up to the event by showing who is going and giving them a chance to connect with others before, during and after the event. 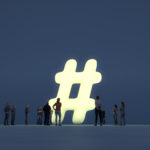 Strong hashtags are more important than ever. The Social Media Trends for Events report revealed that 4 out of 5 event professionals are using a specific hashtag during their events and almost half are using secondary hashtags to promote other facets of the event.

“There’s no rule that says you can only use one hashtag for your event,” Burns says. “Many event profs are realizing secondary hashtags can be as effective as your primary one when you promote them to attendees.” According to Aventri and Little Bird Told Media, tracking multiple hashtags allows you to see who is using and following the hashtag while you decide if those attendees could be potential influencers or sponsors. Only 43 percent of event professionals are tracking hashtags during their events. That means the other 57 percent are missing out on vital connections.

More: Missed Connections: You Just Missed Your Most Important Contact

Worldwide, new people are introduced to the internet every day, increasing chances for global connections. Language, literacy and small attention spans are huge barriers to overcome when it comes to global communication, pushing many internet users into video and audio formats. Social media consulting company Locowise reports the average engagement rate for video posts on Facebook is at 5.23 percent while Hootsuite shows photo posts at 4.42 percent and page status posts at 3.7 percent. Those are big differences when applied across all content streams.

Slide 72 from the Digital in 2018 report breaks down how much engagement each post format receives.

Live video formats, such as Facebook Live and Instagram Live, show non-attendees what they are missing. Aventri and Little Bird Told Media report that 81 percent of event professionals are using Facebook and Instagram to live stream their events.

The bottom line from both reports underscores the importance of optimizing social media metrics to be at the forefront of event planner’s priorities.

Many people worked from home during the pandemic. One group that didn’t is the medical community, it was also one of the first to return to in-person meetings.