As meeting professionals are getting ready to head back into ballrooms across the country, Smart Meetings thought it was important to reflect on what we learned over the last year, how we changed and what we are looking forward to when we meet again. Following are three interviews (edited for length) as part of a series on reinventing joy during a pandemic year. 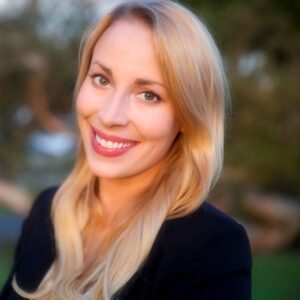 Kristin Twombly shakes her head when she thinks about where she was 16 months ago. “January 2020 feels like a million years ago,” she says. She was new in role at Capital Group, starting to put a strategy in place for doing in-person events. She was also preparing to take over as chapter president at MPI Southern California.

“I remember that at the MPI educational conference in February, there was tension in the air. Something was coming.” Travel restrictions and postponements were discussed. Then, in early March, on her birthday, she got the call that Capital Group was closing the office for two weeks and she should work from home.

“By early April, I felt as though the rug had been pulled out from under me. I kept asking, ‘What is my function if people aren’t meeting?’ ”

For a short time, she felt paralyzed. “Then the time for pausing was over and we had to focus on our goals. Human interaction may not have been possible in person, but the need for connection had skyrocketed. We had to figure something out,” she said, mirroring the determination she felt all those months ago on her face over Zoom in May. That meant designing a virtual event strategy, something no one on her team had ever done before.

“At first, there was no information and then there was too much information and it was difficult to hear through the noise,” she said. She turned to her peers at MPI Southern California and shared what was working and what wasn’t.

The industry was devastated. “I live alone and it felt like solitary confinement,” she recalled. “I had so many friends being furloughed and laid off. It was very humbling.”

But there were bright spots. “Looking back at the number of people I was able to help during this time makes me proud. We connected more people using virtual technology than we ever had before at a time when people were feeling isolated.”

And things to be grateful for. “As much as we hated our virtual event experiences, we learned so much. The reach is tremendous and I don’t want that to go away. A normal environment wouldn’t have given us the chance to experiment with that,” she enthused.

“We also learned to be flexible and nimble. When everything you think you know after 18 years in the industry is thrown out the window, it tests our abilities and makes us stronger,” she said.

Asked about advice for the January 2020 Kristin, she was empathetic: “I want to give my 2020 self a hug, tell her to stock up on toilet paper and wine. I remember a period of time where I didn’t know if our career was legitimate. If what we did was illegal, what did that mean for my job?”

Now this veteran meeting professional is looking forward. “We all realize that there is tremendous power in what we do. We need to remember it is not about name badges and F&B. It’s about human connection. The power of F2F has been demonstrated a million times over. It has shown that there is no replacement for shaking hands. What we do is important and has true meaning.”

The last year also put priorities in perspective. “Before it was all about bigger, better, more glamorous. Now just put me in a room full of my people. That is all we want right now.”

“We are coming out the other side. There are bright roads ahead. We are ready and optimistic for the trajectory of the industry,” she declared. 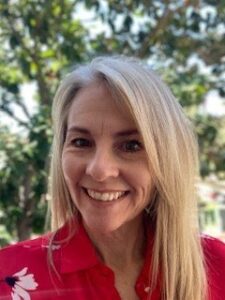 Corinne Youngholm had found her forever job. After discovering DMC life over a glass of Chardonnay at a party in 1998, this travel and leadership manager launched her career at PGI in San Diego before joining a scrappy startup and making her 20-year career with Arrangement Unlimited, helping people solve problems and making friends along the way.

Even when the pause happened in March of 2020 and the company had laid off almost all the staff, she continued part time, reaching out to clients and vendors regularly to make sure they were OK. At first, she admits, she was in denial. “I remember meeting on a Wednesday as the news started coming in and programs started to cancel and thinking, let’s give it a few days.” Two days later, Friday, the 13th, the schools started to shut down and she grabbed a few files to work on from home, hugged the company owners and said, “let’s touch base next week.”

“It’s so hard to think of it now,” Youngholm said.

“That was the hardest part,” she recalls now of finding herself last August with no job when she was finally let go. She had spent her life making sure everyone felt valued and shared milestone life experiences with her clients. Now they were friends rather than client-friends and she had to figure out what was next.

It took a month just to unwind her life from the company because her home and work were so tied together—a company car, email passwords, phone number—it was like starting over. “I Felt a little lost,” she confessed.

Youngholm did some soul searching and realized she had a lot of transferrable skills, including a reputation as someone who does what she says she will do and finds a way to get things done. “You can take away my job, but you can’t take away my experience and integrity,” she said.

Every day she set her alarm for 6:35 “because I knew I needed structure or I would get depressed,” she confided. She ran daily, spent time with her daughter (a silver lining) and watched LinkedIn as hotel people started taking jobs in senior living or adding green “open to work” swishes around their faces.

In September, Youngholm started reaching out to friends and offering to help. “It kept me sane and relevant,” she shared. She volunteered to help produce a virtual conference and then another. The education and connections were priceless.

A friend asked if she was interested in doing research, which led to working at San Diego State Hospitality School part time and work with a strategic marketing event production company. “The universe rewards action,” she concluded. “I have always believed in stirring the pot. You never know where it will lead.”

In fact, in addition to leading to a new career, getting over her fear and making a point of giving back led her to learning more about herself. I’m hoping Corinne 2.0 is more compassionate with herself and others,” she said. 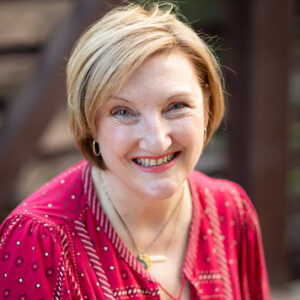 January 2020 was the beginning of the unknown for Cindy Hartner and her 42 DMC clients all over the world. “It was a real scramble to find out what the repercussions would be of rescheduling or canceling or all those things,” she recalled.

The uncertainly went beyond business. “It was about my health and my family’s health,” she said.

The last week of February, she attended the MPI regional conference for Washington and Oregon called Cascadia. They brought in hand sanitizer and eliminated hand shaking and business cards, whatever they thought worked at that time. Attendance was diminished as many meeting planners had to stay in their offices to cancel meetings, but the “soft intelligence” gleaned was invaluable for her. “We had lively conversations about what was happening and shared a community of uncertainty, anxiety and stress. We were going through it together,” she recalled.

The state shut down days later.

She thought by the summer it would be under control. “We were engaging in short term crisis management,” she said, helping our clients with whatever they needed. She was trying to figure out how they would move forward virtually. “It was triple the work as we were cancelling, postponing and restarting in a new format,” she said.

Then the layoffs and furloughs started. “The planners job was complicated by the fact that the hotel people weren’t there to help figure it out. The unknown was so stressful,” she recalled.

The crisis went on so long that it started to feel like an identity crisis because fixing things was what she did. “At some point we ran out of gas. We could only have a sunny disposition for so long. After three or four months of that, there was nothing left in the tank,” she said.

The mourning of the industry affected everyone differently. “I went through a lot of phases. I read, journaled meditated, talked with friends, turned off the news, turned on the news, tried laughing as much as possible. I focused on what I was grateful for on a broader scope. We get so wrapped up in our career and I was employed, but I wasn’t planning. There was a feeling of helplessness if I wasn’t contributing in the way I was used to,” she admitted.

The rollout of the vaccinations helped. “Every day, I am focusing on what I can control and trying to make healthy choices,” she said.

As the industry comes back, she is still making difficult choices about what the company can do economically after a year of not having income. “We are trying to keep people employed and the lights on. We are not broke, but we are being careful,” she said.

Hartner is looking forward to engaging at IMEX in November and hopes to bring some of the hard-won lessons from the last year with her. “I plan to be more present and not take meetings for granted. I want to make every moment worthwhile.”

Inside Secrets for Planning Events at an All-inclusive Resort