The long-awaited $900 billion pandemic relief package Congress is preparing to approve includes funds for some hospitality interest groups—including CVBs—that were not in the former bill, even if it isn’t everything the industry hoped. As part of a $2.3 trillion bill to keep the government operating, AP is reporting that the compromise deal will look like a scaled down version of the $2.2 trillion CARES Act that passed on March.

It is coming at a particularly challenging time for the travel industry, as Tourism Economics projected that 50 percent of all travel-supported jobs will be lost. The most recent round of restrictions across the country and news of an even more contagious virus strain in Britain makes the unemployment benefits particularly welcome.

What is in the Bill

AP is reporting that the package includes:

Mike Dominguez, president and CEO of ALHI, sounded a positive note. On his LinkedIn, he praised it, saying “Details of the bill are positive for our Industry with aid directed at airlines, rail, small business support, venues and—as we have so many that are still unemployed—unemployment benefits will be quite impactful.” He further called it a positive sign for the future. “This is some good news as we end the year and will help for Q1 support as we start to slowly move forward.”

He described the process of getting a follow-up bill as a long one. “It’s been a difficult road to get another round of much-needed legislative relief moving in Washington. We applaud the bipartisan group of senators that drove progress forward, and the congressional leadership for striking a bipartisan agreement to produce this desperately needed assistance. The agreed-upon provisions will give many suffering businesses a bridge to 2021.” Destinations International, which worked with U.S. Travel Association and others to lobby for CVBs being included in the funding, said the funds “will be important to helping rebuild communities around the country.”

Dow also cautioned that this is not the end of the story. “More will be needed to restore the 4.5 million travel jobs lost in the travel and tourism industry, but the process that produced this agreement is hopefully a positive sign for what will be possible to achieve in the next Congress.” 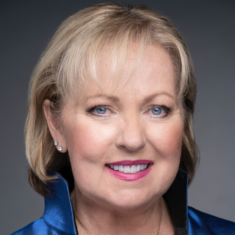 ASAE President and CEO Susan Robertson, CAE, vowed to push for legislative solutions such as the Pandemic Risk Insurance Act and the Investing in Tomorrow’s Workforce Act in the next Congress to help associations and protect them from future disruptive events. “ASAE recognizes that this legislation came together only as a result of bipartisan compromise and congressional leaders were forced to accept a deal both parties described as imperfect to produce emergency relief measures for a nation in acute crisis. We’re thankful Congress has recognized that associations are deserving of access to federal relief programs like the PPP. This year-end relief package qualifies as progress. However, there are many deserving associations that will find themselves still unable to qualify for PPP loans as a result of the conditions set in this bill. No legitimate, well-purposed association should be left in the cold simply because they exercise their First Amendment rights to advocate on behalf of the industries or professions they represent.”

American Hotel & Lodging Association President and CEO Chip Rogers greeted the deal as “a vital step” toward helping the hotel industry survive the crisis. “This will provide a critical lifeline for hotels and other businesses that have been decimated by the pandemic,” he said. “Other hotel industry priorities include a one-year extension for Troubled Debt Restructuring (TDR) relief so that banks can continue working with borrowers to gain additional forbearance and debt relief, business meal deductibility through 2022, and expanded Employee Retention Tax Credit.”