IAEE—the International Association of Exhibitions & Events—brought Expo! Expo!, its Annual Meeting and Exposition, to Mandalay Bay Resort & Casino in Las Vegas, where it took advantage of the glitz and glam of the setting from start to finish.

The opening session of the “Show for Shows” brought longtime local residents Blue Man Group on stage to pound out hypnotic rhythms on PVC piping, adding a musical coda to an inspiring keynote by Chris Bashinelli, host of the popular TV series “Bridge the Gap,” on the power of true human connectedness. Day Two saw a keynote by Darlene Sanford, called Coach Dar by the many pro athletes and corporate executives she has mentored in how to mentally up their games. “It’s not OK to be just OK,” Sanford, a two-time stroke survivor, said. “Ask yourself, ‘Am I fully alive and fully there?’” 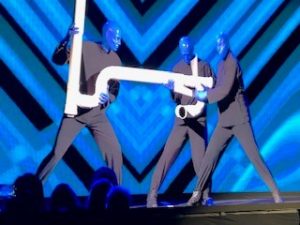 The core of the show included more than 100 education sessions and over 60 product categories on the show floor, ranging from event companies to event tech providers, destination CVBs and hoteliers to event freight transport companies.

A series of short talks amid the exhibits called Smart Sessions included Melinda Kendall, senior vice president for sustainability at Freeman. Her “Simple Cost-Saving Steps to Sustainable Events” included tips based on the “Seven Rs”—Refuse, Reduce, Re-use, Repair, Recover and Recycle. “Rethink every step,” she advised. “Make sustainability part of the overall planning process, not an add on.”

Megan Bearce, a licensed therapist, led an education session titled “Mental Health and Burnout: Strategies for Increasing Resilience,” in which she cited a Harvard study that calculated the cost to the U.S. economy annually in work days lost due to stress at $30 billion. 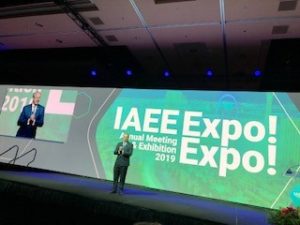 Networking and social events included “Humanity Rocks: A Celebration with a Cause,” at House of Blues at Mandalay Bay, which raised $35,000 for a local foodbank.

IAEE Expo! Expo! 2020 will be held Dec. 8-10 In Louisville, Kentucky. The announcement came complete with the official bugle player and track announcer from iconic Churchill Downs Racetrack, home to the Kentucky Derby.

Portland, Oregon, was recently recognized as one of the most livable cities in the country, ranking eighth among the top 10, according to U.S. News & World Report. Portland Mayor Ted Wheeler lays out what makes it so livable.