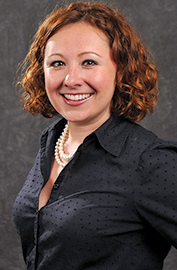 Officially, Allison Wachter, CEM, is certified in exhibition management. But to those who are familiar with her exploits as director of exhibitions and registration for American Society of Association Executives (ASAE), she’s regarded as the fixer.

The daughter of an association CEO, Wachter has worked for ASAE for 13 years. One of her biggest problem-solving efforts has been developing an instant attendee feedback tool called ExperienceGuru (expguru.com). ExperienceGuru helps planners make immediate changes at events to improve attendee experiences, thus avoiding first learning about something that could have been fixed in a post-show survey. Wachter also has spearheaded the use of beacon technology at ASAE events and using data to improve events.

“Whether it’s using existing technology platforms in ways they weren’t originally intended, to dealing with snowstorms, cancelled flights or even last-minute entertainment changes, I love finding solutions to problems, especially on the fly,” Wachter says. “I’m always working with our vendors to make improvements, develop new features and make things easier, not only for our internal team, but also for our members, attendees and exhibitors.” 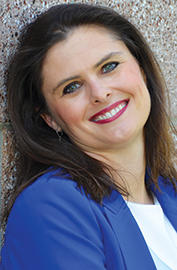 Holly Duckworth, CAE, CMP, is positive that integrating the principles of oneness and belief can help associations define their visions and missions to impact their organizations. Duckworth, president of Leadership Solutions International, has developed a unique speciality as a consultant, speaker and spiritual practitioner.

She uses spiritual tools such as meditation, visioning, affirmations, intentions and essential oils to help CEOs and executive leaders shift meeting and business consciousness from fear to faith. Duckworth points out that her work is not religious in nature; instead, it honors all beliefs in order for oneness to make business better.

“As you look around, it does not take long to recognize the world of business is evolving,” Duckworth says. ”Participants demand deeper connection to self and to the experts in their field as a result.”

The author of Ctrl+Alt+Believe: Reboot Your Association for Success, Duckworth says “My work reflects the societal evolvement toward mindful business. It’s my life’s work to build businesses and meetings that work for everyone.” 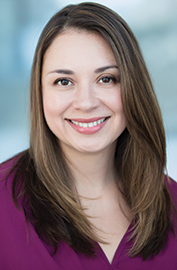 With more than 6,500 members and 50,000 customers, PCMA’s annual event is one of many opportunities where Peacy’s calculated gambles are paying off. For example, TechCentral was launched at the 2014 PCMA Convening Leaders in Boston, evolving into a major win in terms of popularity and growth. At the event in Vancouver earlier this year, TechCentral added personal training on LinkedIn and other productivity sessions.

“We quickly realized this type of experience allowed Convening Leaders participants to engage with content in different ways and invest small amounts of time on a topic, and kept their interests,” Peacy says. “I think that element of ‘what’s new and what’s next’ is helping increase attendance and engagement.” 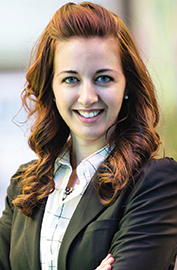 The innovative way Marie-Michele Thibault helped establish Loews Hotel Vogue in Montreal as a fashion venue is tres magnifique. When she took over as sales manager nearly three years ago, her top priority was enhancing local visibility.

“Due to our location, our name and our general feel, we decided to focus on the fashion industry,” Thibault says. “We wanted to become a key player in the industry by becoming a place where all fashion events could happen.”

Thibault sought out partnerships with major fashion events, including the Fashion & Design Festival. The outreach has directly resulted in the luxury property being repositioned as Montreal’s retail and fashion hotel. (The 142-room luxury property has 6,500 sq. ft. of event space.)

Loews’ visibility in the community is also heightened as an advocate for a local women’s shelter. Thibault says fashion events help raise money for and awareness of the shelter. The hotel donates furniture and other goods to the shelter. As a proponent for her community, Thibault is a founding member of Golden Square Mile Association to spearhead interest in this once-aristocratic neighborhood where Loews is located.

“I just can’t believe how much we can do when we all work together in the same direction,” Thibault says.

A member of the Loews family for seven years, Thibault is passionate about hospitality. She’s vice president of communications for the Montreal and Quebec chapter of Meeting Professionals International. She studied business administration, with a focus on tourism and hospitality, at University of Quebec in Montreal. 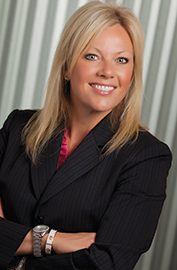 Alex Tyson’s passion for all that is grand about America’s parklands comes naturally. Born in California’s Yosemite National Park, she grew up while spending 15 summers in Montana’s Yellowstone National Park, including dishing up ice cream to tourists at a general store inside the park.

To say that Tyson is a perfect fit as executive director of Visit Billings, the tourism bureau for the city, is an understatement. Billings is the largest city in Montana and serves as the trailhead to Yellowstone, scenic Beartooth Highway, Bighorn Canyon National Recreation Area, and Little Bighorn Battlefield and Pompeys Pillar national monuments.

Tyson graduated from Montana State University Billings, studying mass and organization communications. She began working for Billings Chamber of Commerce and Visit Billings in 2007 as community relations director prior to producing the morning show for the local CBS television affiliate, among other media-related jobs.

Since 2012, Tyson has been executive director for Visit Billings, creating regional and statewide partnerships to position her city as an attractive destination for tourism, events and conventions. Among her affiliations, Tyson serves on the MetraPark Advisory Board, which oversees Rimrock Auto Arena, Montana Pavilion and Expo Center. She is a graduate of the U.S. Chamber of Commerce’s Institute, earning Institute for Organization Management (IOM) recognition in 2013.

“While I appreciate how far the community has come as far as embracing the importance of the tourism industry, I know how much potential the DMO and the destination possess,” Tyson says. “That is exciting. The future looks bright. There is work to be done.”