How did you end up spending your days fighting global sex trafficking?

I have been involved in helping people live better lives for more than 15 years. I was a volunteer with the U.S. Peace Corps in Mauritania and then worked on the first CSR program in the U.S. Department of State, developing partnerships to address global forced and child labor. I specialized in human rights, including the issue of sex trafficking. I then moved to The Walt Disney Company, where I developed a social innovation fund to support human rights projects.

In 2016, Marriott created this new role to help rethink operations around human rights, including training on-property associates to look for and report the signs of human trafficking and forced labor.

What can a hotel company do to advance global human rights?

Sex trafficking is an issue hotel companies have to deal with, because it happens on their properties. Criminals are exploiting legitimate businesses to do illegal activities, and with 700,000 employees coming into contact with guests every day, Marriott is uniquely positioned to promote positive change.

We have to prioritize where we can make the biggest impact, however. We are always looking to partner with organizations to work on these persistent issues. That is why we joined with Global Fund to End Modern Slavery to create a curriculum that helps victims learn about the hospitality industry and get on path to full time work. Our CEO, Arne Sorenson, wrote an opinion piece on why we decided to take a proactive approach to the problem, and we recently spoke on a panel at the World Economic Forum in Davos, Switzerland, on the topic.

Is the problem getting worse?

The International Labour Organization in Switzerland estimated in 2016 that 24.9 million people are living in forced labor, and one in four victims of modern slavery are children. Polaris Project estimates that one out of seven endangered runaways reported to the National Center for Missing and Exploited children in 2017 was a child sex trafficking victim.

It could be that we are just getting better at encouraging reporting, however. Two years ago, no cases were reported at one of our properties, but after mandated training across properties last year, dozens of situations came forward where employees identified suspicious activity and authorities took action. We have actual situations where people are being rescued, including teenage boys and girls.

In September, a lobby attendant at a property in London noticed a man with a younger female who looked uncomfortable and reported it. The gentleman was known to police and had recently been released from prison. He was attempting to solicit the girl for sex in the lobby.

That was a lucky situation, where an associate saw something, had the training and was able to make a difference. Not every situation will have a positive outcome.

What are some things to look for when in a hotel?

Often, people are saved when more than one person notices a trend of suspicious activity and then a manager connects the dots and takes action. There is no one single indicator. There could be an innocent reason for any of these things, but when there is a pattern, that is worth investigating. 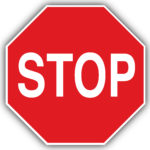 How do you measure whether you are successful?

It is difficult, because we can measure inputs (associates trained) and outputs (individual rescued), rather than impact. As long as it is leading to a positive trajectory, we know we are going in the right direction.

The first step is to recognize it is a problem. As more companies speak about it, we know we are doing something right.

Stopping human trafficking is a team effort. Meeting Professionals Against Human Trafficking is coordinating efforts of conference planners, hotel sales professionals and audiovisual professionals to education people about the tragedy happening every day in the places where we gather in the hopes that if someone sees something wrong, they will recognize it and know what to do.

The issue was also a focus at PCMA Convening Leaders where David Peckinpaugh, president of Maritz Global Events and chair of PCMA Foundation announced that his organizations signed ECPAT-USA’s Code of Conduct for the Protection of Children from Sexual Exploitation in Travel and Tourism. In Nevada, Caesars Entertainment is working with ImpactNV to set up The Shared Future Fund as way to fund long-term programs for adult and child victims of human trafficking.