Batter up! Smart Meeting Southwest is taking attendees out to the ballpark on Nov. 9. Keynote speakers Ed Robinson and Four Day Weekend will take the field at Globe Life Park, home of the Texas Rangers, in Arlington. Guests can rest up and get game-day ready at DoubleTree by Hilton Hotel Arlington DFW South. 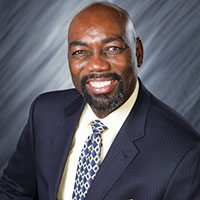 Bring your umbrella, because Ed Robinson is predicting rain, his slang term for money. Robinson’s mission is to train leaders to be “rainmakers.” By channeling revenue to a company, rainmakers are a business’ greatest asset no matter the economic climate. Find out how to weather any storm, dance in the rain, roll in the dough and build business.
Robinson is a Certified Speaking Professional (CSP) and a former CPA. He’s CEO of Robinson Performance Group in Houston and is the best-selling author of The Million Dollar Rainmaker, From Fighting the Storm to Dancing in the Rain and 4 Giant Steps to Leadership. 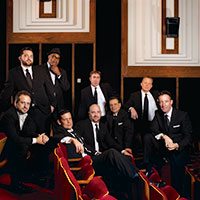 Come aboard the “yes” train with Four Day Weekend, authors of the new book Happy Accidents. The comedy troupe will get you belly-laughing during their presentation. Erase the word “no” from your vocabulary and begin saying “yes, and…” in life and business. This positive attitude will take you to new heights. Inspired by lessons taught in improv comedy classes, the “and” moves a conversation forward. This philosophy will enhance your listening, communication and teamwork.

The Fort Worth, Texas-based group consists of members David Wilk, David Ahearn, Oliver Tull, Frank Ford, Josh Roberts, Anthony Bowling and musical accompanist Ray Sharp. They’ve appeared in film, television and more than 100 commercials. When not speaking at corporate events, Four Day Weekend can be seen performing to a packed house each weekend in their 212-seat theater, or teaching comedy and improv classes. 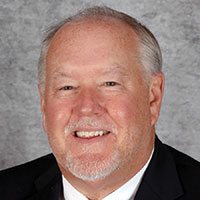 Fans hear his voice echoing through the 48,000-seat Globe Life Park, and now you can hear Chuck Morgan up close and personal at Smart Meeting Southwest. As executive vice president of ballpark entertainment and productions for the Texas Rangers, Morgan is the team’s public address announcer and oversees scoreboard and video production at home games. Since joining the club in 1983, he’s created the Texas Rangers Baseball Hall of Fame, Texas Rangers Fan Fest and the team mascot, a Palomino-style horse named Rangers Captain.

Morgan previously worked for MLB’s Kansas City Royals, Nashville Sounds and The Grand Ole Opry, and as a sportscaster and radio disc jockey. He also lent his voice to MLB video games as the public address announcer for X-Box, PlayStation 2 and Nintendo’s GameCube. In summer 2017, Morgan was inducted into the Information Display and Entertainment Association Hall of Fame in Philadelphia.

A Good Conversation Can Shift the Direction of Change Forever

By Ruud Janssen and Roel Frissen